In the epic battle of Survivor: David vs. Goliath, the Davids have fallen again. This time, the casualty came in a jaw-dropping blindside that sent Jessica Peet packing.

SheKnows recently had the opportunity to chat one-on-one with Peet about her early elimination in the game as she revealed which players she believes are most responsible for orchestrating her ouster. Plus, Jessica explained why she may have been better suited for the Goliath tribe.

SK: You were the first official blindside of the season. What was going through your mind when you realized the tides had turned against you?

Jessica Peet: I had no clue before Tribal Council started. The only time I started to question it a little bit is whenever we were actually sitting at Tribal. I was listening to what was being said, and Gabby happened to contradict me quite a few times. I was thinking, Gabby is in my alliance, so why does she keep contradicting what I’m saying? I started to get a little bit nervous. I knew I was gonna see my name at least twice. I knew Lyrsa and Elizabeth would vote for me. I just didn’t anticipate seeing my name five times.

SK: How did you feel at the moment you were eliminated?

JP: I was pissed. I’m fine now, I’m not mad about it anymore, but obviously, in that moment, you’re enraged. I was mad. I did not even want to do my exit interview. I was fuming. I swear, there was probably steam coming out of my ears because I was so angry. After you get past the initial anger part, you have to realize it is a game. These people are going to be a part of my life for the rest of my life. All 20 of us are extremely different and unique. They all have such a special place in my heart, and I hope they’re part of my life for the rest of my life. They are all amazing, so to stay mad at them would be completely silly. 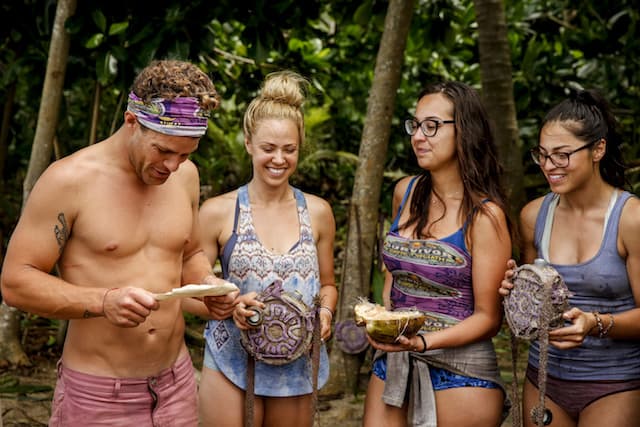 SK: Is there any one person you credit with orchestrating your elimination?

JP: That’s a really hard question. I know that Lyrsa had brought my name up a day or two before we actually had to go to Tribal, but I don’t think Lyrsa orchestrated the vote at all. Elizabeth is the one that brought the idea up, but I truly feel like Gabby is the one who got it to go that way. I know that Christian had to do some convincing with Nick. There was a lot of people involved in actually making it happen, but overall Elizabeth is the one who started the plan.

SK: But Gabby campaigned the hardest against you?

JP: I don’t necessarily think Gabby is the one that fought the hardest against me. I could see that she struggled with that vote. Gabby and Nick were almost the deciding factors. I think Christian would’ve listened to Gabby with whatever vote she wanted to do. They had a very good relationship. Without Christian, Nick wouldn’t have been pulled in. But I do feel like it was a lot of work by Gabby behind the scenes to get it going the right way.

SK: You thought the intended target was Lyrsa. Why was there such a strong push against Lyrsa when we saw Bi was struggling in the challenge?

JP: I’ve heard that a lot. I know it took Bi a while to do that ladder thing, but that was an incredibly hard task for her. She’s shorter. Those metal bars were big and heavy. Ultimately, I think Nick said that he would do that ladder part of the challenge, but Bi stepped up. It takes a very brave person to step up because that person had to run that whole entire challenge. That’s a lot of stamina. I don’t think Bi should’ve been more of a target than Lyrsa.

Lyrsa, from the very beginning, it was hard for us because she wasn’t really helping a ton at camp. At challenges, I don’t really feel like she was putting forth her best. Lyrsa actually sat down at that challenge while we were doing the puzzle. She sat down on the deck. We were all like, “Get up! What is wrong with you?” She was talking about being tired, but we were all tired and exhausted. She brought my name up previously, and I don’t really think she was an asset for us in challenges. That’s how her name got brought up,and that’s why I wanted her out. 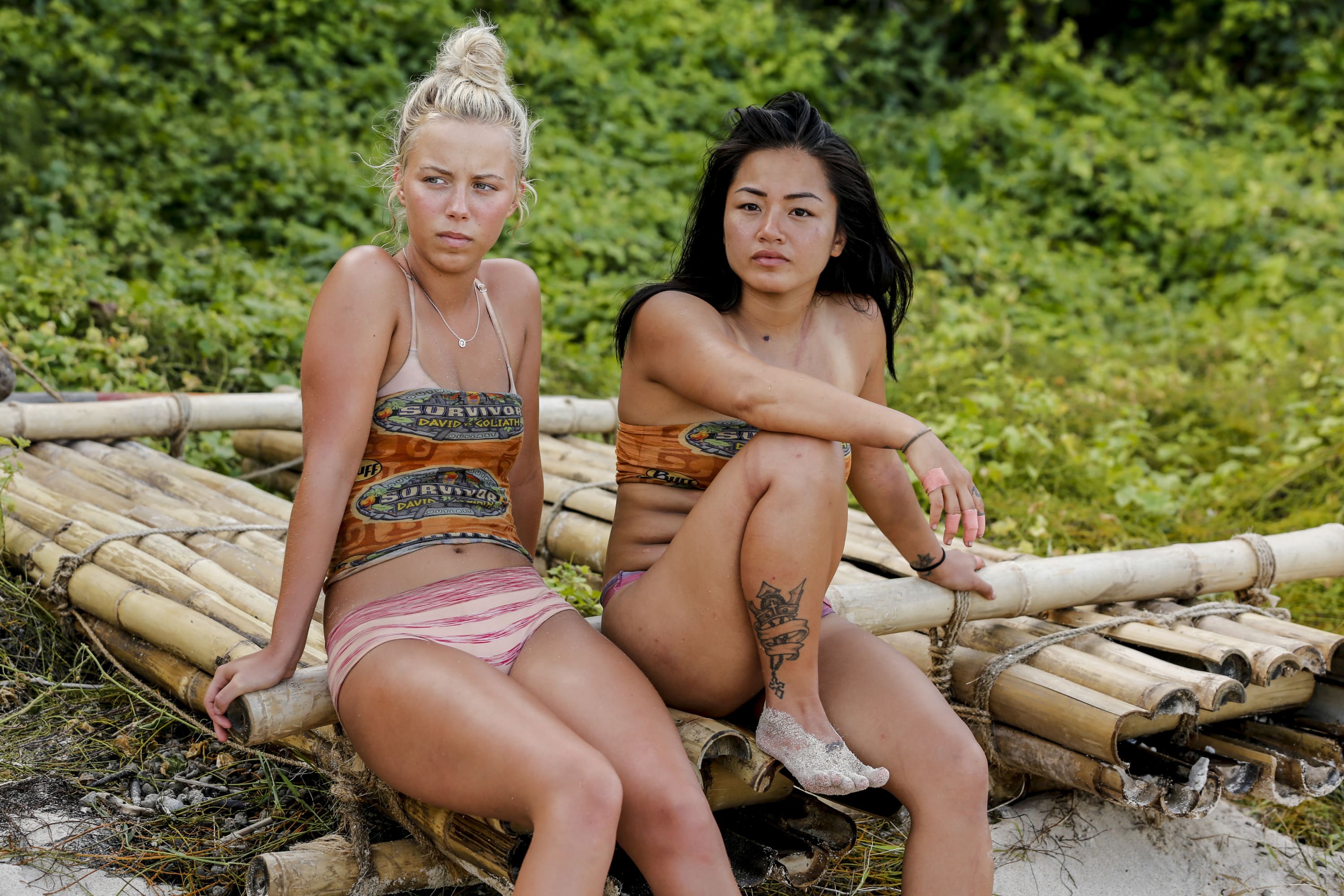 SK: How do you feel toward Lyrsa today?

JP: We all talk. We’re a very close group. I’ve talked to all of them. Lyrsa knows that all is forgiven. Neither of us hold any harsh or negative feelings against each other. She’s a great person. I’m glad I got to play with her.

SK: Pat said that if he wasn’t medically evacuated, Nick was going to be the first person voted out. If that’s the case, what changed? How did Nick’s game evolve so quickly that he went from being the biggest target to somebody who was suddenly under the radar?

JP: The thing that changed with Nick wasn’t anything that he was doing. It was just the fact that we knew that we needed strong people to win challenges. Nick started to lay low a little bit, whereas Lyrsa didn’t necessarily lay low with her saying things like, “We should vote Jessica out.” No. That’s obviously going to put a target on your back because I had good relationships with a lot of people on that island.

As we could see when Christian approached Nick about voting me out, Nick was like, “No. I think we should just stick with Lyrsa.” That was the obvious first vote. Any Survivor fan who is watching this show would’ve looked at it and thought Lyrsa would probably be one of the first people out. They normally go through the weakest people first. Nobody ever tries to go for a strong, athletic, strategic person with the first vote. That doesn’t make any sense. I’m getting all heated talking about it again [laughs].

SK: Who was in your alliance, and who were you most connected to? 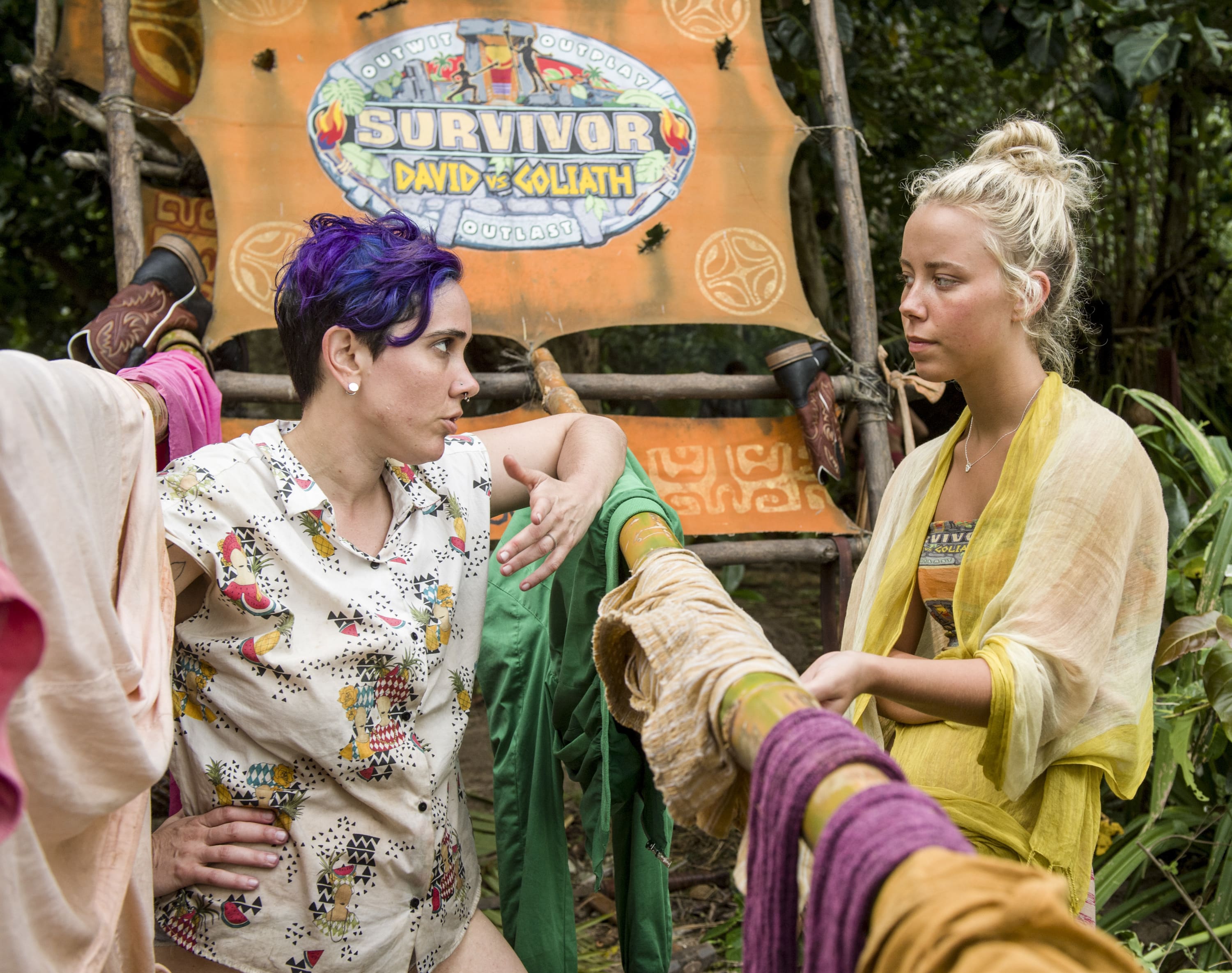 SK: You were a member of the David tribe. Was that the right designation for you, or are you more of a Goliath?

JP: It was hard for me because I have never lived my life as a David. I’ve always lived my life as a Goliath, but I may not have had the same upbringing as a lot of the Goliaths. Whenever Jeff [Probst] first announced the theme and I realized I was on the David tribe, I was kind of taken aback by it. I’ve actually had a lot of people reach out to me and say they thought I didn’t fit on the David tribe. They said I stuck out like a sore thumb on the David tribe. I guess I’m always just gonna be haunted with the “What if I had been on the Goliath tribe? How would that have been different?” Watching the Goliaths now, I feel like I would’ve been able to go under the radar and chill with the girl alliance they had going on. I feel like I would’ve fit into that very well.

SK: But is the David tribe where you belong?

JP: I don’t know. It’s hard because I feel like I could have been placed on both tribes. I understand why they placed me on the David tribe, but I still think I could’ve been on the Goliath tribe. I feel like this is a question I’m not gonna be able to answer. 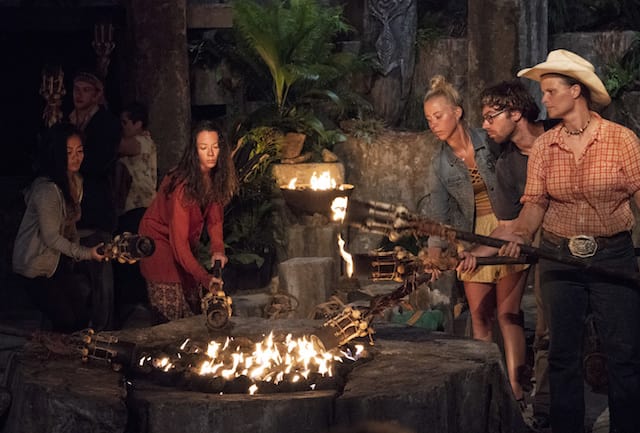 JP: I’m a huge fan. I’ve been watching for a very long time. I was in high school and just turned 18. I came home from school one day and I turned on the episode of Survivor that I had recorded from the night before. Something sparked in me. I actually applied for Season 35, and I made it to finals for that. Ultimately, they thought I didn’t fit the theme well enough. I got moved to being considered for 36, which I was an alternate for. They flew me back out to California for 37 and was picked for this season.