Ben Affleck just hit a milestone in his sobriety journey, having completed the first 30 days of his current stay at rehab for alcoholism. However, in a move that could speak to how committed Affleck is at this time, the he has decided to extend his treatment.

A source reportedly confirmed Affleck’s decision to Us Weekly, telling the outlet, “He seems to be taking things more seriously this time. He feels really bad and sorry about doing this because of the kids.”

More: Ben Affleck Has Been Seen Outside Rehab & Has a Long Road to Recovery

Getting the help he clearly needs “is all that matters to him right now,” a second source echoed to the outlet.

It’s been a long road for the beleaguered star, one undoubtedly made all the more difficult by the fact that Affleck’s struggles have largely played out in the public eye. But it’s also partially because of this transparency that Affleck feels strongly about being open with his recovery, claims one of Us Weekly’s sources.

“Ben is not shy about his issues around addiction, particularly since he made the conversation public,” the source said.

On Aug. 22, Affleck’s ex-wife (and committed support system), Jennifer Garner, staged the intervention at Affleck’s Pacific Palisades home that led to his current rehab stint. To Affleck’s credit, a source told E! News, “He asked her to take him and she wanted to be there for him.” 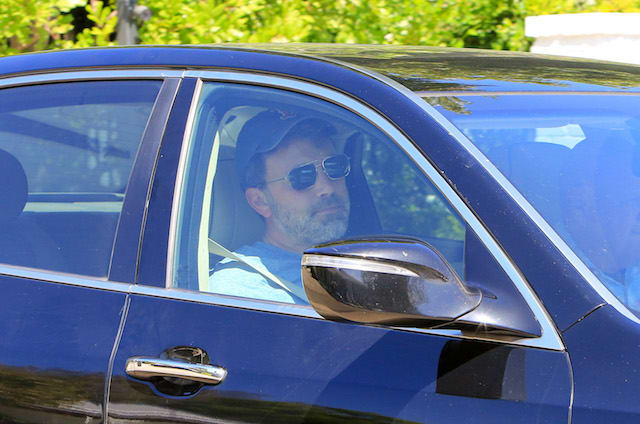 Affleck and Garner, who were married for over a decade, announced their separation in 2015 and reportedly settled their divorce earlier this year. They shared three children — Violet, Seraphina and Samuel — whom they’ve continued to closely co-parent. “He always wants to be the best father and this relapse put his family back in the public eye,” a second source told E! News. “He takes this all very seriously and will continue to.”

Per the source, Affleck may finally be ready to get to the root of his addiction and why, over a span of 17 years in and out of treatment, he hasn’t been able to remain sober.

More: Ben Affleck Is Reportedly Very Serious About Getting Sober

“He has a lot of demons but he wants to understand himself and have the results be different this time. He is committed to staying longer which is a very positive development. He is taking strides to better himself and is hopeful about the future. He is taking advantage of getting help and is happy with the way it’s going,” the insider explained.

Although Affleck has given no clear indication how much time he plans to spend at his current Malibu rehab facility, a source tells People he will be in treatment for a least a few more weeks.