The Conners are officially moving on without their matriarch in the first set photos from the Roseanne spinoff’s series premiere. While we don’t know for sure how Roseanne Barr’s character will be written out of her TV family’s lives, a recent comment from John Goodman makes us think that she’s been killed off — and the background details in these photos hint at that, too.

More: John Goodman May Have Just Spoiled a Key Detail on The Conners 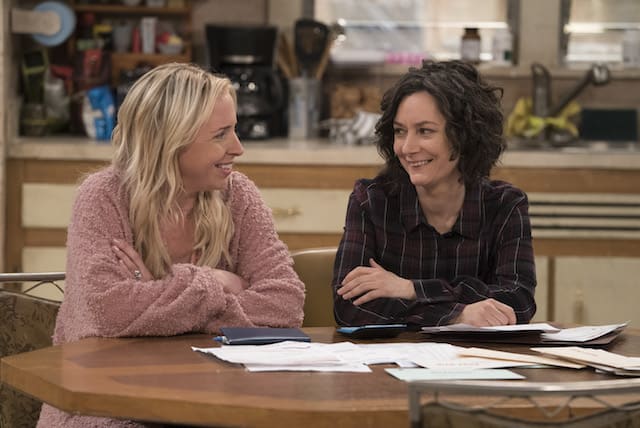 In one photo, Becky and Darlene appear to be balancing checkbooks and handling other finances together at the kitchen table — possibly to help out their newly solo dad, as Us Weekly speculated. 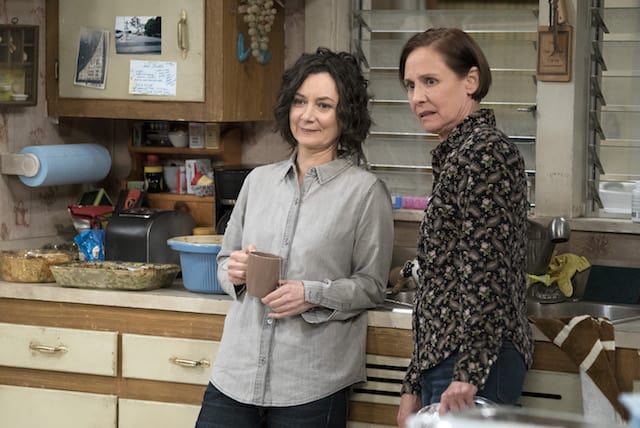 In another photo, Jackie looks worried while Darlene holds a mug in her hands and smiles at the same scene. Behind them, multiple casserole dishes paint the scene of a family whose neighbors have brought food by. It’s a natural, caring response in the wake of a death. 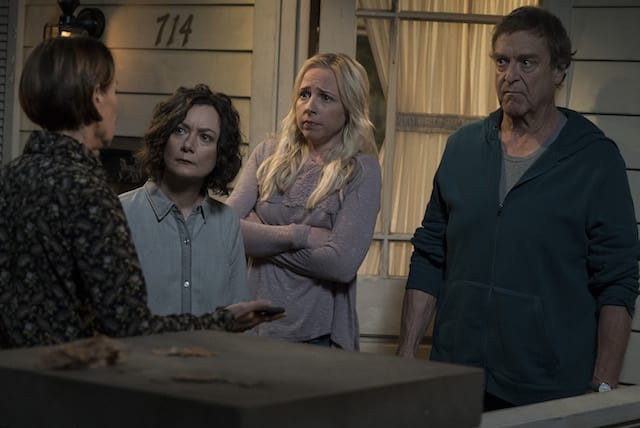 Another photo shows Jackie speaking to her nieces, Darlene and Becky, and her brother-in-law, Dan. Although we can’t see Jackie’s face, we can see that the conversation is taking place outside on the porch and the Conners all look super-serious or worried. Based on the clothing and tone, this photo might follow the one of Jackie and Darlene in the kitchen. 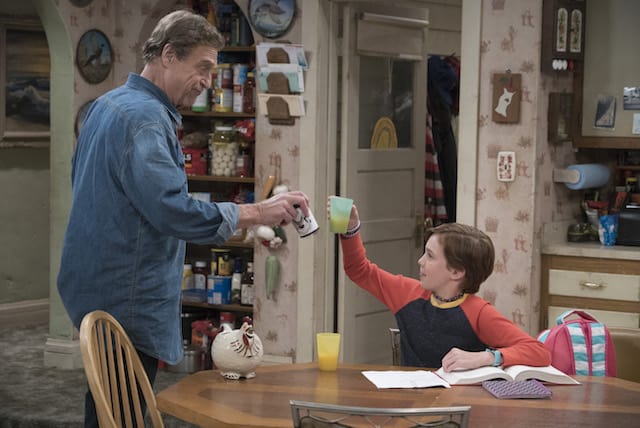 The last photo shows a lot of heart and hope. In it, Dan toasts Mark in the kitchen while Mark is working on his homework.

Whatever happened to Barr in the narrative of The Conners, it’s clear that her TV family is doing their best, just like they’ve always done. Barr was fired by ABC in the spring after she made racist remarks on Twitter. The network also canceled the Roseanne reboot, despite top viewer ratings, because of the controversy.