In her upcoming film, Destroyer, Nicole Kidman gives new meaning to going undercover. Not only will Kidman play a Los Angeles police officer who does, in fact, hide her identity to infiltrate a criminal gang, but photos from the movie also show that she is hardly recognizable in the role. The typically glamourous actor underwent a dramatic makeunder to bring character Erin Bell to the big screen.

Per Vanity Fair, credit for the transformation goes to director Karyn Kusama (who has worked on thrillers like Jennifer’s Body and The Invitation), who had a very specific vision for Kidman.

A) Very intrigued by another super-physical transformation for Nicole Kidman in Destroyer B) Karyn Kusama and her screenwriter husband Phil Hay seem to have the ideal working marriage https://t.co/9AWFX9euM3 pic.twitter.com/XvXoASiabw

“We always knew that what we wanted her to look like was a real middle-aged woman with a past that she wears on her face. With sun damage and sleep deprivation and stress and rage, just in her whole physical body,” Kusama told the magazine.

The only catch? Kusama revealed that Kidman “hates being in the makeup chair,” so they had to work efficiently to make the transformation possible. “She just wants to be on set working,” Kusama said, adding, “So we had to make it as short an application as possible.”

More: 14 Roles That Guarantee Nicole Kidman Will Always Be a Superstar

Pretty impressive when you consider the end result. Photos from Destroyer show Kidman with dark, shaggy hair tinged with gray. Her eyes appear almost sunken, with dark circles beneath. The pale, flawless complexion we’re accustomed to seeing has been replaced by the type of skin Kusama described: uneven and mottled with dark spots from the sun. The trauma of Bell’s time undercover is splayed across Kidman’s face.

This isn’t the first time Kidman has transformed for a role. It’s the most recent in a growing list of characters the star has committed wholly to embodying.

In 2018, she adopted a soccer mom coif to play conservative matriarch Nany Eamons in Boy Erased. Photos from 2019’s The Goldfinch are already garnering major buzz for Kidman’s metamorphosis into Mrs. Barbour. In TV’s Top of the Lake, she traded her platinum blond tresses for unkempt gray curls. And who could forget how convincing she was as Grace Kelly in Grace of Monaco, or how jarringly realistic her tawdry portrayal of Charlotte Bless in The Paperboy proved to be? 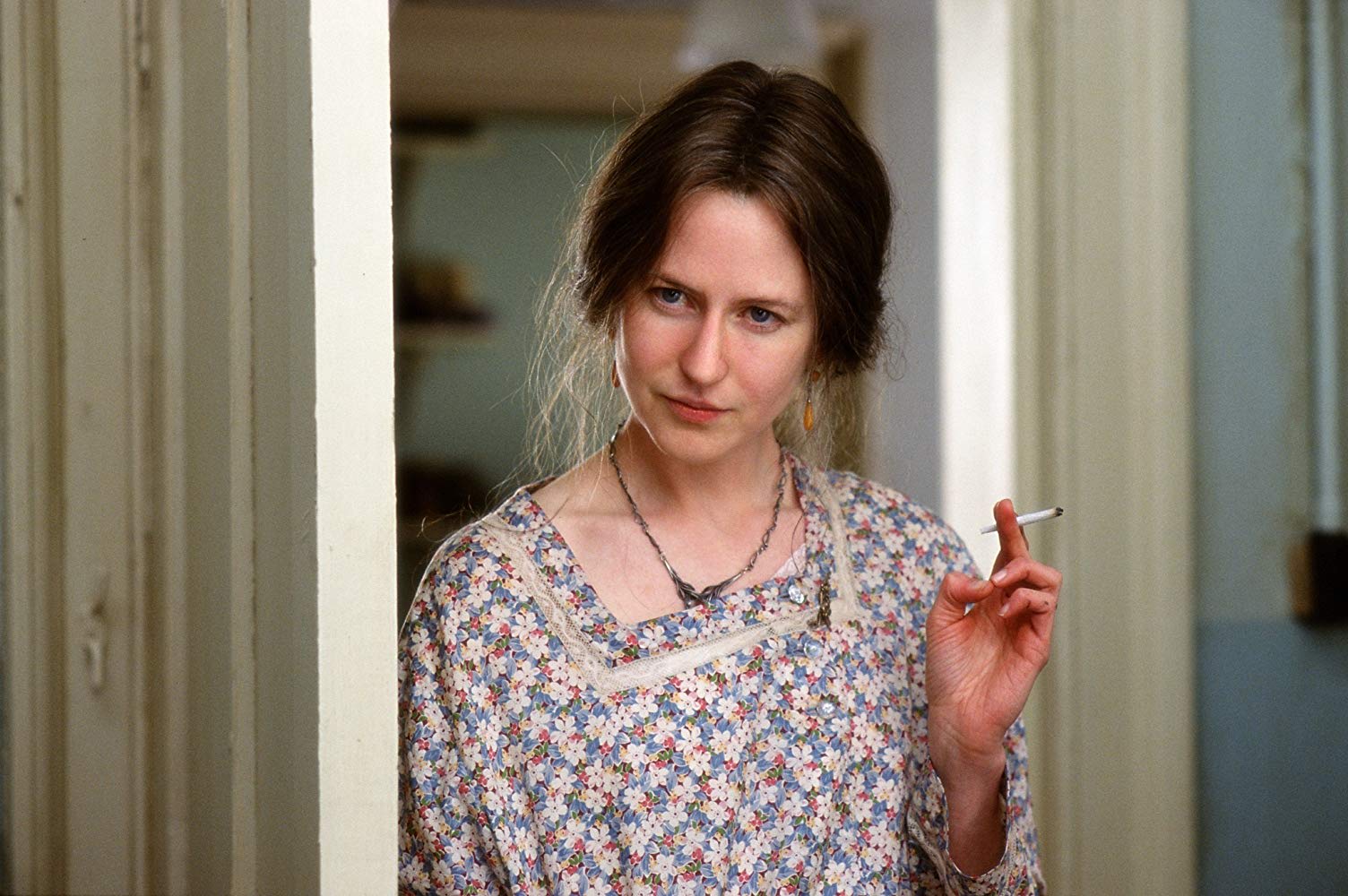 She even took home the Best Actress Oscar in 2003 after donning a prosthetic nose and turning herself into Virginia Woolf for The Hours.