Dust off your biggest, fanciest hats and fascinators because George and Amal Clooney are likely headed off to their second big royal wedding of the year. After attending the marriage of the now-Duke and Duchess of Sussex, Prince Harry and Meghan (née Markle) this spring, the A-list pair will most probably head to the nuptials of Princess Eugenie of York and nightclub manager Jack Brooksbank in mid-October.

After almost stealing the show in their wedding day duds (Amal stunned in a yellow short-sleeve Stella McCartney dress and matching hat, while George wore a gray suit with matching yellow tie and pocket square), they might get a chance to impress again at the same fancy venue, St. George’s Chapel at Windsor Castle. 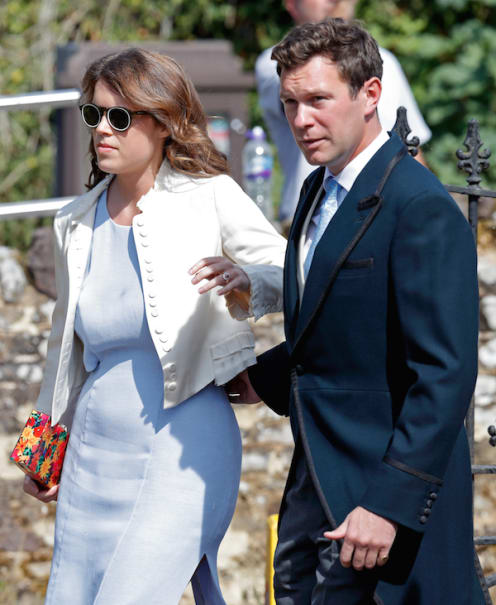 How do George and Amal know all of these actual princes and princesses? The couple knew Harry and Meghan because all four are deeply involved in humanitarian work around the world — Amal is a human rights attorney who is nationally acclaimed. The barrister also set Meghan up with her hairdresser in the months before the wedding.

Oddly, though, the Clooneys know Eugenie and Brooksbank for a totally different reason: Brooksbank happens to be an ambassador for Clooney’s and Rande Gerber’s Casamigos Tequila brand in the United Kingdom.

While the wedding won’t be an incredibly huge international event like Harry and Meghan’s was, it will still be big and fancy. All of the big royal hitters will be there, although there will probably be a few notable absences because Pippa Middleton, the sister of the Duchess of Cambridge, more commonly known as Kate Middleton, is due to have her baby around the same date. The date was planned so that it didn’t conflict with Harry and Meghan’s tour of Australia, Fiji, the Kingdom of Tonga and New Zealand, which will begin nearer the end of October. There are reports that Charlotte, 3, will be a flower girl, while George, 5, will serve as a page.

The couple has also announced that their wedding will be eco-friendly: For starters, there won’t be any plastic involved.

About 1,200 members of the public have been invited too, so it’s sure to be a big and fun event.

The marriage of Her Royal Highness Princess Eugenie to Mr Jack Brooksbank will take place on 12th October 2018.

Princess Eugenie (the daughter of Prince Andrew and Sarah Ferguson and the first cousin of Harry) and Brooksbank met several years ago while on a ski trip in Switzerland. The princess is already sporting a pink padparadscha sapphire engagement ring and will likely wear her mom’s York diamond tiara. It doesn’t get more princess-y than that.