How many of us have faced online haters? We’re gonna go ahead and guess everyone to some degree. In a social media-saturated culture, unsolicited opinions from strangers have become a part of daily life — but just because it’s common doesn’t mean digital bullying doesn’t have devastating effects on your well-being (regardless of your follower count).

No one understands this better than Gabrielle Union, who shared a very personal, super-relatable experience at the BlogHer18 Creator’s Summit in New York on Wednesday. During the #WinningWomen keynote conversation with SheKnows Media CEO Samantha Skey, the 45-year-old actor and author of We’re Going to Need More Wine: Stories That Are Funny, Complicated, and True, got vulnerable and riveted the audience as she opened up about trolls who preyed on her worst insecurities just a few days ago.

More: Brooklyn Decker’s Advice for Dealing With Rejection & Starting a Business
“Last Friday, I get an alert on my phone from a blog [that said] ‘Gabrielle Union: Old and Ugly,’” Union said. There was an audible gasp in the room before she went on. “I just circled the drain. I don’t generally let these things bother me, but sometimes shit just lands, and you know, as strong as you wanna be, and as many times as I Skyped my therapist… I just felt defeated.” 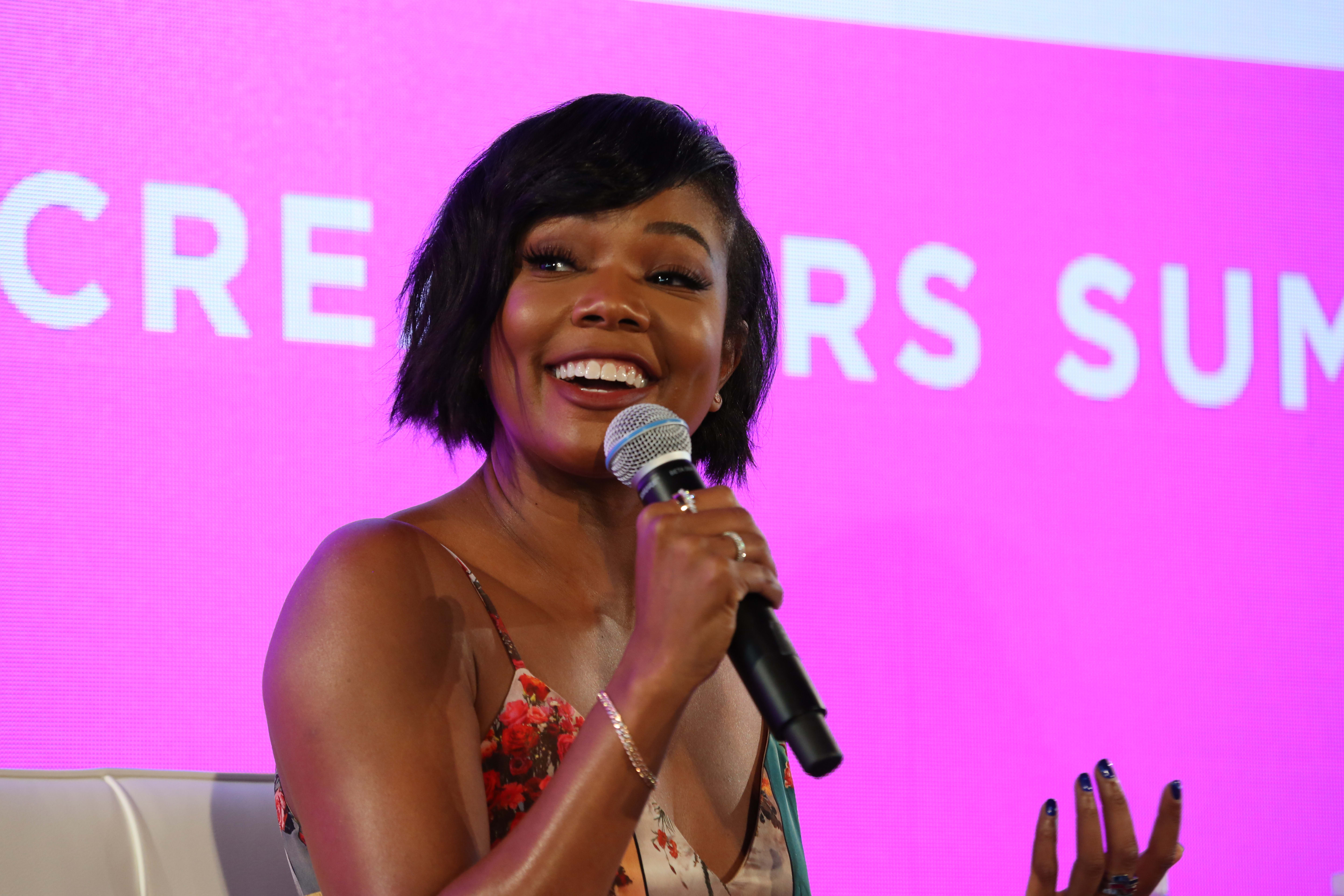 More: Tiffani Thiesen Addresses Whether Kelly Kapowski Was a Feminist

Who hasn’t had a moment (or many) when you’ve known you shouldn’t pay attention to someone’s cruel comment, but still can’t stop the insecurities and doubt from creeping in? If you’ve been there, like we all have, you’ll be inspired by Union’s strategy for getting past that emotional roadblock.

When Union finds herself facing hateful trolls, she seeks support from women around her. “The people closest to you are what you’re made of,” she said. “I have many friends. I have many supporters who are lifting me up daily. When I am circling the drain, it’s that woman who’s like…‘I see you.’”

@gabunion reveals who’s in her #wolfpack 👏🏽 And it may surprise you… Who’s in yours, tag them below! 💥 #WCW #blog #gabrielleunion #women #inspiration #blogher18 #blogger #female #content #creative #friends #squad

And it’s not just Union’s inner circle who helps her cope. For every mean-spirited social media user, there’s a positive, empathetic and kind human helping to offset that negativity. “It’s the people who I reach out to and who reach back out to me via social media that [help me]. I feel seen in a way that I’ve never been seen,” said Union. “Part of that is me lifting the veil, saying, ‘This is me. This is who I am. If you like it, dope. If you don’t, feel free to unfollow. You don’t need to be here.’”

Hear that, haters? Please see yourselves out.