While multitalented actor Brooklyn Decker may be best known for her roles in Just Go With It and Grace and Frankie, the 31-year-old is also the cofounder of Finery, a closet-organizing app that helps busy women plan their outfits. Featured in publications such as Forbes, People, Bustle, Elle and WWD, the app has been well received since launching in 2017. But at the #BlogHer18 Creators Summit on Wednesday, it wasn’t just Finery’s success that Decker wanted to talk about, it was also the challenges and obstacles that came with getting it off the ground.

More: Brooklyn Decker Tells Us Why She Became a Tech Entrepreneur

Addressing a packed audience, Decker told moderator Sophia Chabbott — the digital director for WWD — that rejection happens to everyone, but it doesn’t (and shouldn’t) define you. She believes that it’s what you do in the wake of failure that matters most. “No is an invitation — a message to work harder,” she said. 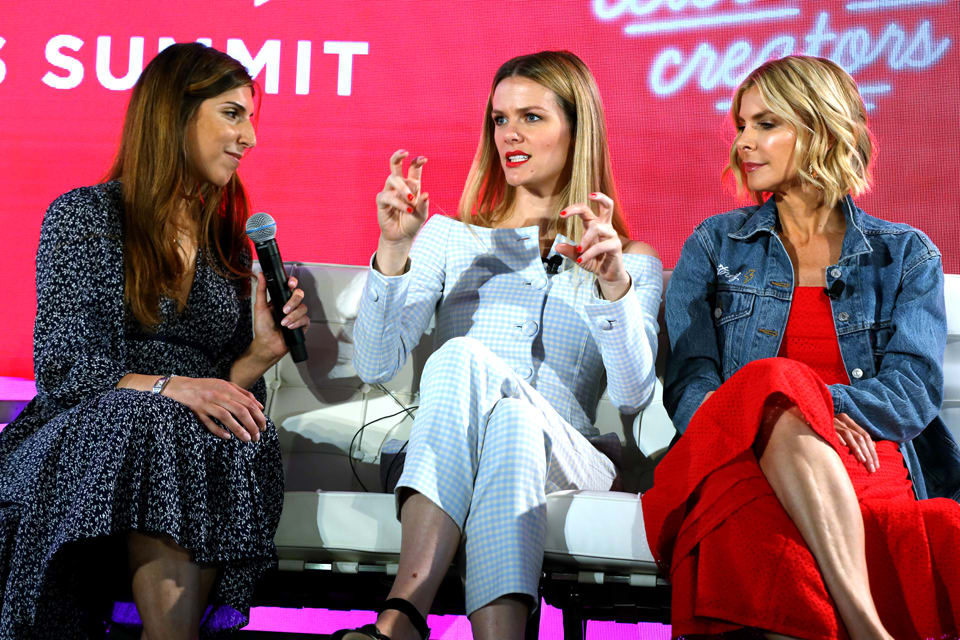 That resilient attitude is something Decker attributes to her own career experience. “With films, acting and modeling, you’re constantly working on new projects, so you have to be really, really malleable and [learn how to] deal with rejection,” she said. “You’re constantly pivoting and adjusting.” It might sound like a master skill, but it’s one Decker encourages everyone to work on — especially entrepreneurs, who are bound to face an uphill battle before succeeding.

Decker took the stage alongside cofounder and CEO of Finery, Whitney Casey, and while the pair talked about numerous things, Decker spoke about the importance of entering into business partnerships with the right people. “You have to be able to fight well, because things will come up and you will have disagreements,” she said. “You have to be able to completely disagree and still ultimately respect one another to find the optimal solution.”

As for the future of women in business, in spite of the discrimination our gender still faces, Decker believes the landscape is rife with opportunity. “It’s a really exciting time because there are women wanting and trying to pave the way. There was a study last year that said female CEOs have more 10 times more success than male CEOs, so let’s invest in female-founded and -run companies,” she said. “Stats are dismal, but there’s an uptick and upward mobility in funding. Now more than ever, we need to say yes to female entrepreneurs.”