Mila Kunis recently stopped by Armchair Expert to chat with Dax Shepard and Monica Padman (who, by the way, gets no promotion on the show — we had to Google stalk to find her whole name, there’s no biography provided about her on the Armchair Expert website, etc. What gives?), and guys, not only did they talk about Ashton Kutcher, Macaulay Culkin, privacy in Hollywood and Kunis’ mom, they talked for over two hours. Two freaking hours! This has got to be the longest, most in-depth interview Kunis has ever given, because we know she’s not a fan of them.

Fortunately, Shepard took the opportunity and grilled Kunis about everything we’ve ever wondered but she’s been too private to talk about — why her relationship with Culkin ended after almost eight years, how she and now-husband Ashton Kutcher took their relationship from just friends to very friendly, and how her mom reacted when she found out about the budding and controversial romance.

When it comes to Culkin, apparently Kunis is all to blame. 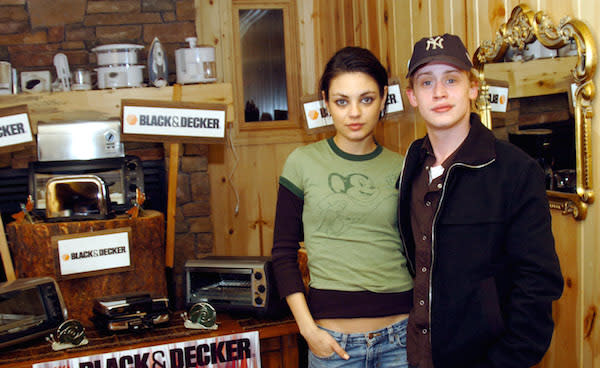 And while Kunis kept the actual story behind the breakup to herself, she did admit it was bad.

“It’s fucked up what I did, and it’s fucked up how I did it. When I got to be single, I said, ‘I just need to figure myself out.’ I genuinely need to know why I did what I did and, like, regroup myself as a human being.”

Well, losing that relationship led her to her current hubby — her former That ‘70s Show costar and on-screen love Ashton Kutcher. And while scandalous rumors in the tabloids plagued them in the beginning of their romance, it actually wasn’t scandalous at all. Timing was just right — Kunis and Culkin called it quits in 2010; Demi Moore and Kutcher filed for divorce in 2011. By 2012, it was pretty obvious Kunis and Kutcher were a pair, and they didn’t care what any tabloids said.

“He was coming off of a divorce — post, post, post, way post-divorce,” she said. “But I think there was a lot of misconceptions about the divorce. And because he’s very private and respectful he wasn’t going to go and say anything. So, he kind of just let rumors be rumors. And so people believed rumors.”

But from the start, they built their relationship right.

Not everyone was a fan though — in fact, even Kunis’ mom freaked out when she found out the news. “I told my mom I was seeing him. We were driving up Laurel Canyon, and I was like, ‘Mom, I have to tell you I’m dating somebody.’ And she was like, ‘Oh, tell me! Who are you dating?’ And I was like, ‘You’ve got to brace yourself for this one… I’m dating Ashton Kutcher.’ And she literally was like, ‘Shut the fuck up,’ in Russian.”

Kunis continued, “I was like, ‘No I’m serious. I also may be in love with him so…’ There were so many thoughts that she couldn’t process.… There’s so many versions of his life that people thought he was that he wasn’t.”

Kunis and Kutcher tied the knot in a top-secret Fourth of July wedding in 2015 and have appeared strong ever since. Honestly, we love them together, and whether it was fate or the right timing that made their romance work, we hope it lasts for decades. 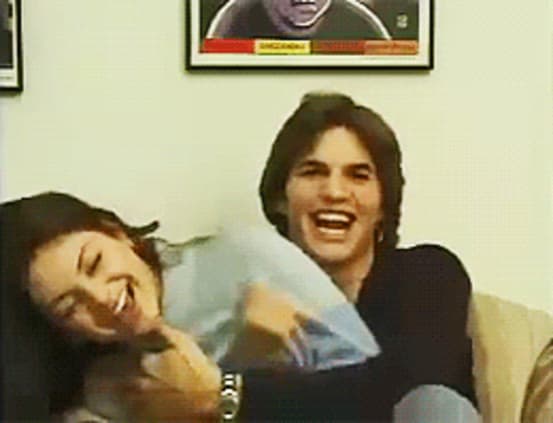