It seems like we’ve waited a million years, but it’s finally here — Orange Is the New Black‘s sixth season drops on Netflix July 27. And to help pass this agonizing final stretch until Netflix notifies us that our binge-watching can commence, we decided to dig up as many details as possible about the new season.

Need a quick recap? Last season, in response to Poussey’s death, the inmates of Litchfield women’s correctional institution rioted and took over the prison. The fate of several of our favorite inmates was up in the air by the finale when CERT officers stormed into Frieda’s secret bunker (where they’d been hiding-slash-keeping-CO-Piscatella captive).

More: 14 OITNB Characters We Hope Stay Locked Up at Litchfield

While Netflix typically teases each new season in the months prior to its release, the streaming giant has been notoriously tight-lipped for the past year — leaving fans desperate for any morsel of information about what’s soon to come. However, we did manage to unearth some intriguing intel. Keep reading for the OITNB scoop.

The ladies of Litchfield may have survived the riot, but the prison did not. In one teaser clip, it’s clear Litchfield Penitentiary has been devastated by the chaos and isn’t likely to rebound anytime soon. As the teaser fades out, a cryptic voice can be heard saying, “This is a whole new world.” 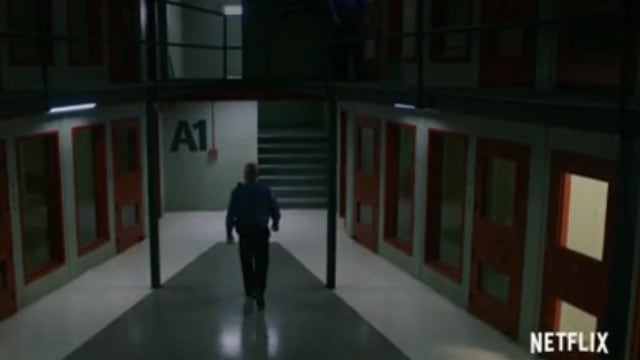 The governor wouldn’t spring for new mattresses for the inmates after that round of bedbugs — of course he isn’t going to be in a hurry to clean up the prison. Instead, the felons we’ve all come to know and love will be shipped to Litchfield max. In the full teaser trailer for the season, Lorna can be seen lamenting, “This is not home.”

3. Even the opening sequence is different

It's a whole new world. Nothing is the same, including the Season 6 opening credits. Can you spot the difference? pic.twitter.com/weQ32ZMiQH

New prison, new opening sequence! Don’t worry; the sequence is still set to Regina Spektor’s “You’ve Got Time.” However, peppered into the montage of female inmates’ faces are sneak peeks into the new prison.

4. The women are actively being investigated 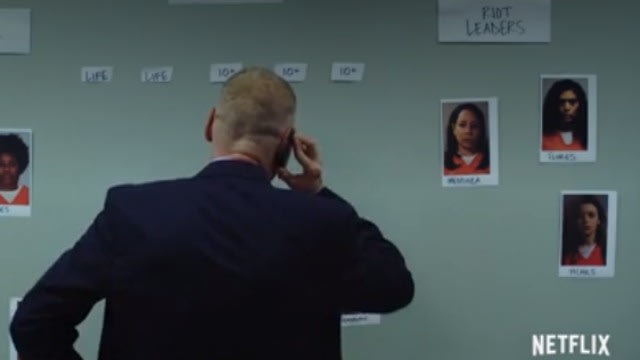 Just because they’ve been sent to Max doesn’t mean the ladies of Litchfield are off the hook for what went down at their former prison home. In the trailer, Red, Ruiz, Taystee, Flaca, Daya and more can be seen in various stages of anxiety over an official probe taking place.

More: What Orange Is the New Black Gets Right About Grief

In one scene, an officer stands before a board with three columns: murder, charges and riot leaders. Under those columns, pictures of the ladies of Litchfield have been placed. This can’t be good.

5. The color lines are different 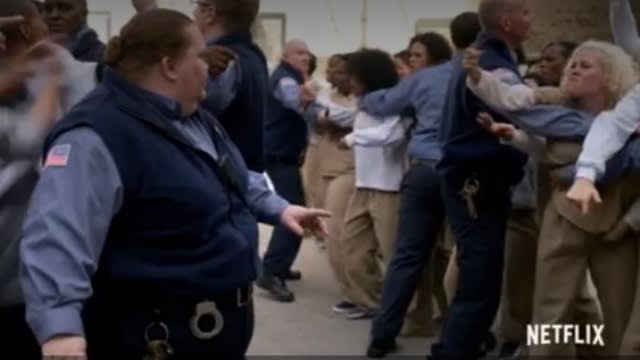 At Litchfield Penitentiary, the inmates were essentially grouped according to race. And while that wasn’t ideal, the women seemed to make it work in a relatively nonvolatile (toward each other) way. However, the trailer for season six reveals women at Litchfield max are separated according to the color of their uniform: blue, khaki or pink. As Piper explains to Crazy Eyes, pinks are safe — the real war this season is between the blues and khakis.

6. Linda is still in prison 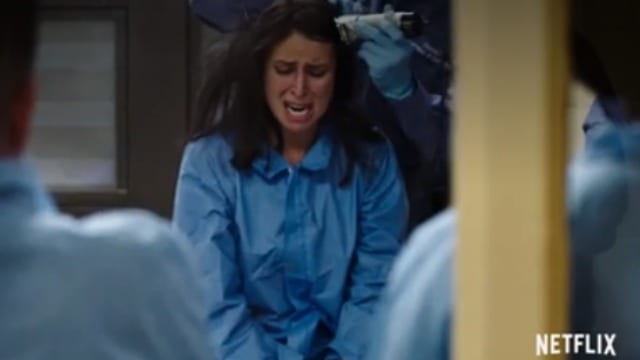 If you’re still on the fence about whether you love or hate Linda, you’ve got more time to pick your side. Unfortunately for MCC’s director of purchasing, she still hasn’t managed to convince anyone in a position of authority who she really is. And since the inmates burned a bunch of files during the riot, it might take a hot minute to sort it all out.

7. Another “tough little thing” is coming 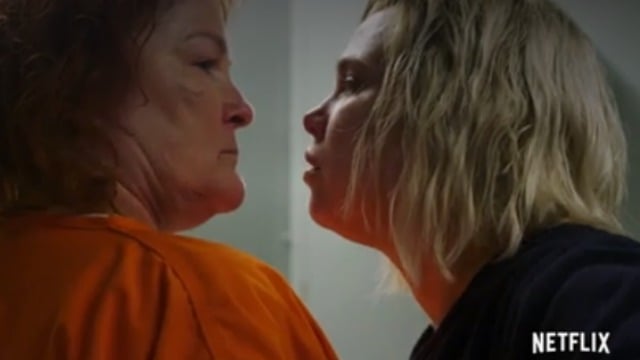 Naturally, assimilating into a new prison means fans will meet some new faces. Among the standout rookies this season will be Bull star Rebecca Knox starring as Tina Swope. “She is a tough little thing,” Knox told Seat42F of her character. “She knows what she wants and she will do whatever it takes to get it.”

8. But, more important, Lolly’s back!

– 🍊glad y’all so happy U got 2 see #Lolly in the fantastic @oitnb trailer…💕👍🏾👍🏻🍊#shefunny #ilovehertoo pic.twitter.com/jqxE8wEn8p

Of all the faces flashing by in the trailer, one made us literally scream out loud: Lolly. She’s kooky and endearing beyond measure. Lori Petty plays the character beautifully, and we can’t wait to see if she gets more backstory this season.

9. This season will be different from the last

For a season that took place over the span of mere days, season five was action-packed — and solely focused on Litchfield Penitentiary. With the women being carted off in different buses after the riot, it’s not surprising season six will be different.

“I’m always excited about every season and what’s going to happen, but this season, I feel like it’s an amazing facelift,” Adrienne C. Moore, who plays Black Cindy, told The Hollywood Reporter. When asked to describe the season in character, “Cindy” replied, “Y’all, this next season is gonna be lit. Take that however you want. Lit.”