The Handmaid’s Tale season two may have just ended, but we already have some insights into season three. Thank goodness too, because the wait for the next season is going to be brutal, especially after that amazing season two finale.

WARNING: Do not continue reading unless you want to delve into all the juicy spoilers from The Handmaid’s Tale season two finale.

So, June opted to stay in Gilead and save Hannah rather than escape with her newborn daughter, Nicole, and fellow handmaid, Emily. I mean, how many almost escape attempts is one girl gonna get in this series before we stop wanting her to actually escape?

We might have reached that tipping point, because season three is reportedly introducing a whole new level of June. She’s battle ready, and Gilead had better watch out.

Here’s what you can expect in The Handmaid’s Tale season three.

1. The return of hot Hawaii man 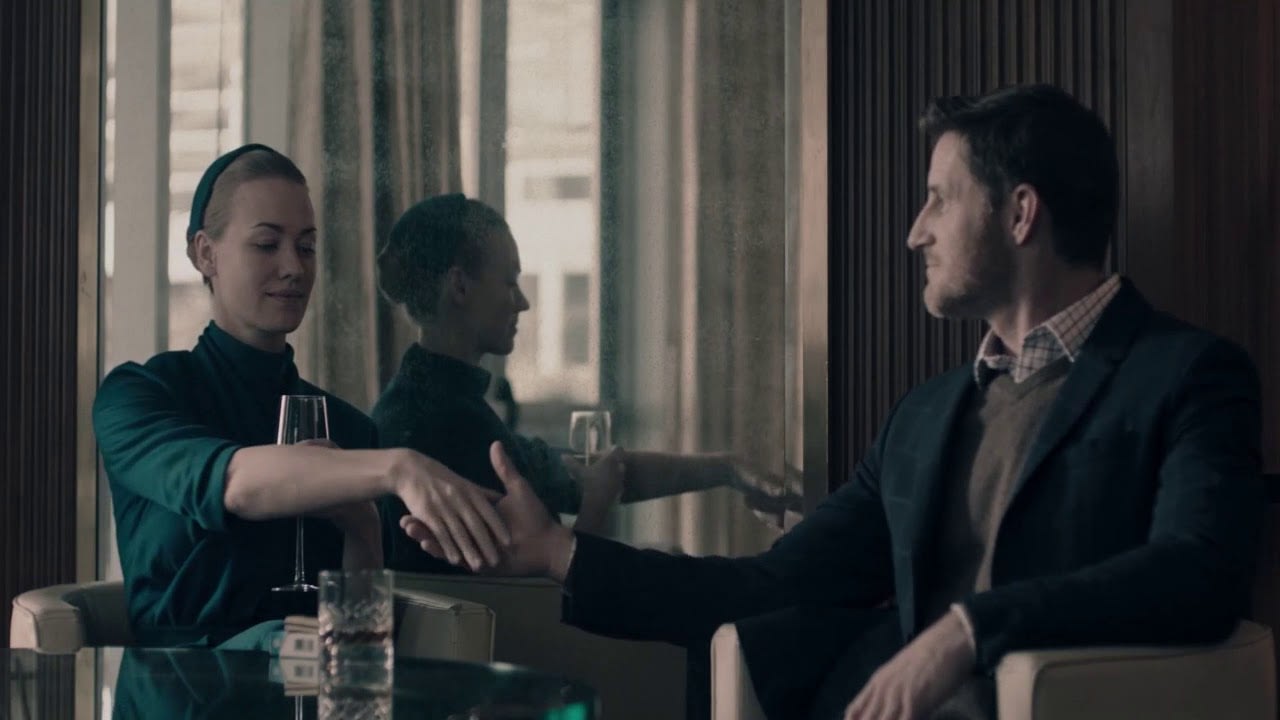 Mark enters the series by offering Serena a way out of Gilead. He even fills us in on the delightful little tidbit of information that the fertility crisis may not be a problem with women, but rather the infertility might be stemming from men. He offers this to Serena as a bargaining chip that if she were to escape Gilead, she might be able to bear a child of her own.

Serena refuses his offer, but there is no way we’ve seen the last of good old Mark. My guess is he will play a substantial role in season three. He might even be a love interest for Serena. 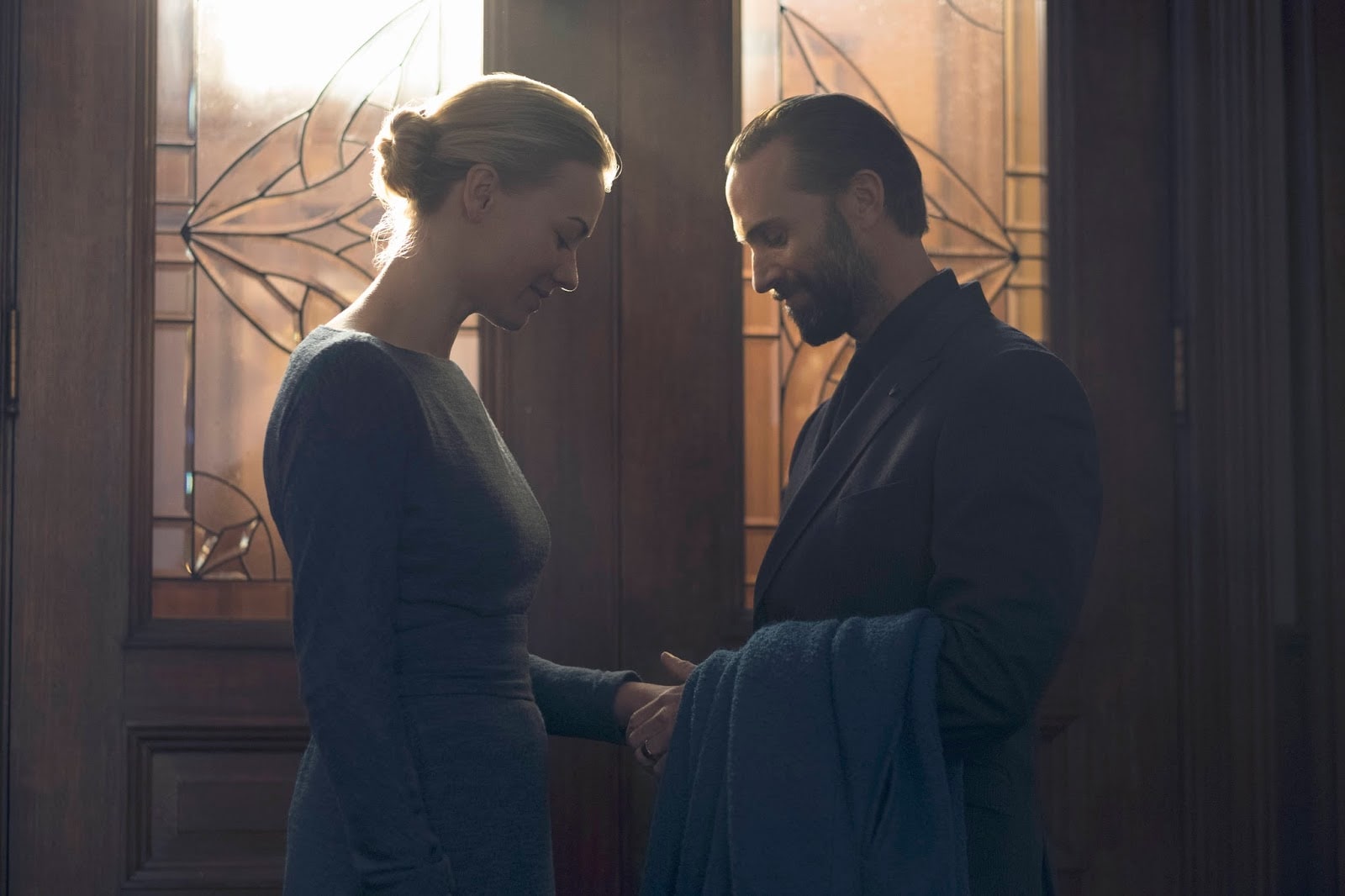 Going right along with No. 1, Serena and Fred’s marriage has been over in spirit for a while. And while I don’t really think Gilead is down with divorce, it might be time for Serena to break free of her bonds. At the end of season two, she was definitely in mourning after her husband had her pinky finger cut off because she dared to read from the Bible. Yes, Serena is definitely hurting right now, but there is no way she’s broken. Will she begin fighting for women, or will she fight for the daughter she lost?

More: The Most Powerful Female Characters on TV

3. June will take Fred up on his offer 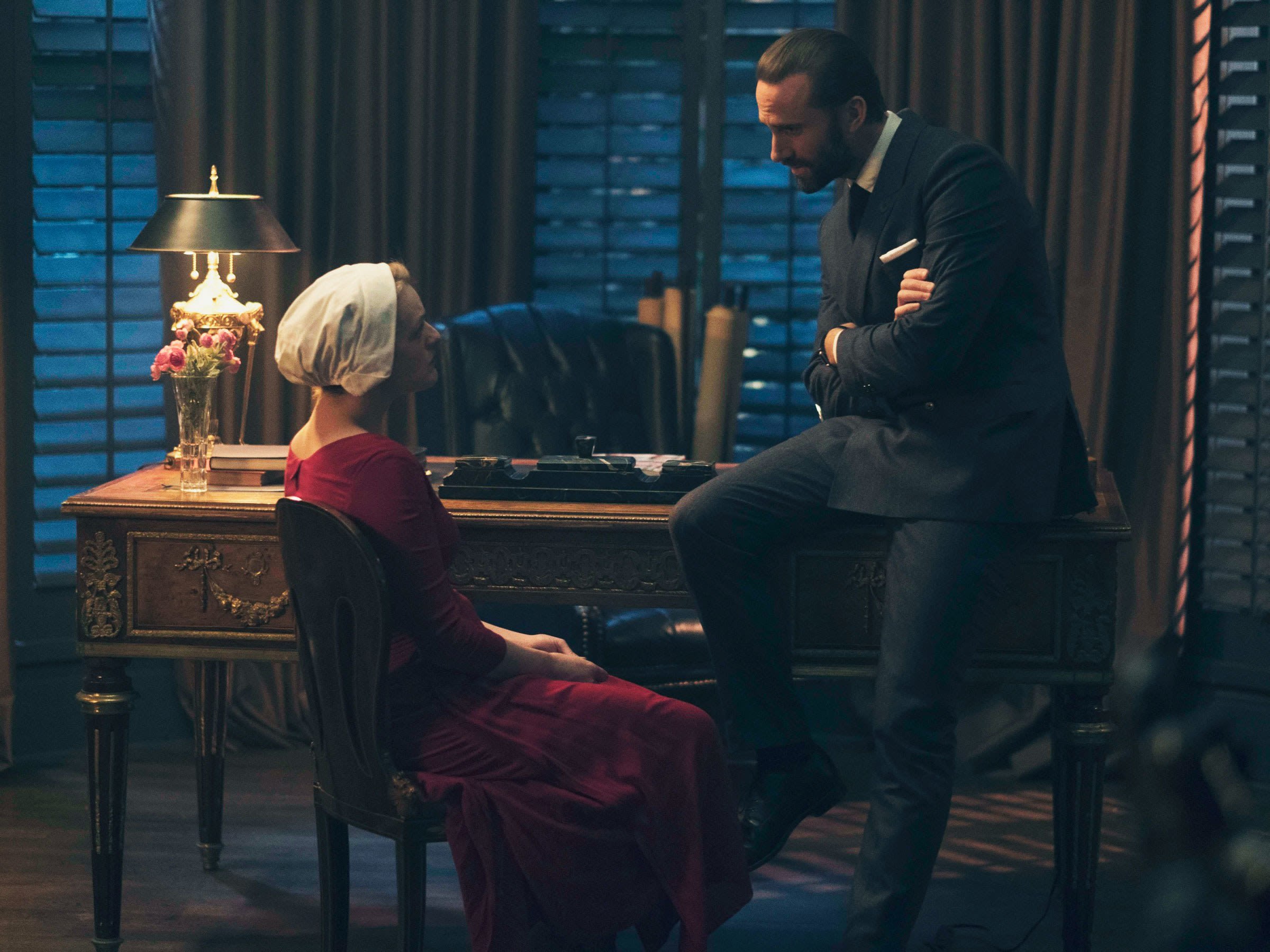 June is in it to save Hannah at this point in the series, and Fred offers her the best access to her daughter. For that reason, it seems likely that June will return to the Waterford household in season three. Once again, she will subject herself to the strange and scary whims of Fred, but this time with the motive to get Hannah out of Gilead. June’s almost left Gilead without Hannah about half a dozen times at this point, but from here on out, saving Hannah will be June’s sole focus, especially now that Nicole is safe with Emily.

4. Bring on the resistance 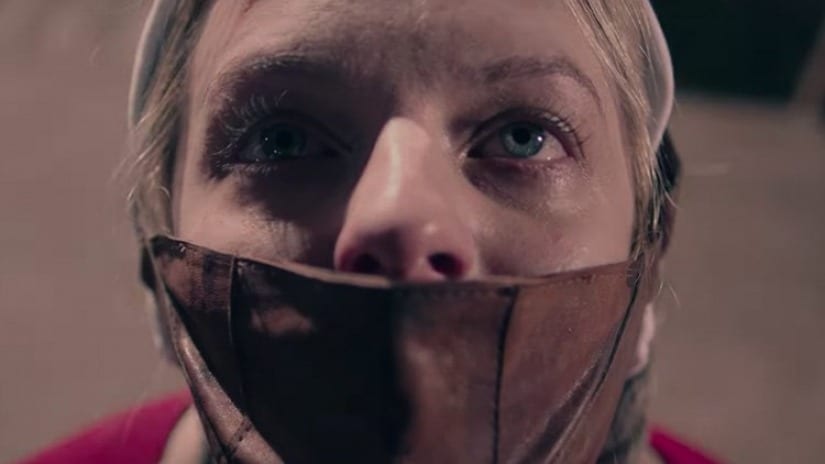 In her quest to save her daughter, June will also be after the destruction of Gilead. Vanity Fair spoke with showrunner Bruce Miller who said season three will address the resistance more overtly. Vanity Fair writes, “The writers’ room has adopted a mantra for this next phase of the story: ‘Blessed be the fight.'” 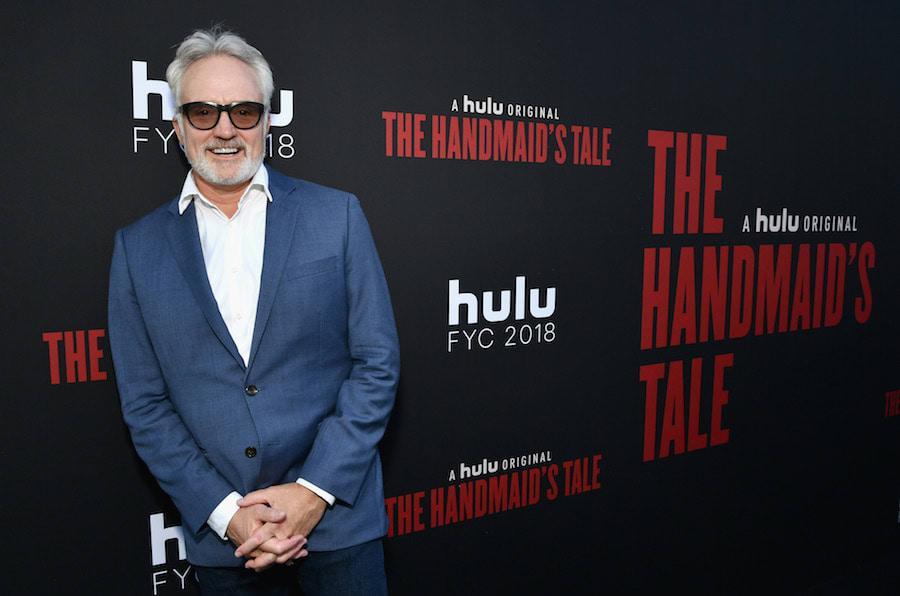 The weird, eccentric dude who helped Emily escape isn’t done gracing us with his weirdness in the show. Miller told Vanity Fair Commander Lawrence will play a big role in season three and will meet June again.

“He’s running a little bit of an island for misfit toys,” Miller explained. “I like to call it, he’s running a no-kill shelter. He’s the one who brings in all the people who break rules in other houses and keeps them around until they can move on or whatever.”

More: 5 Things to Look for in The Handmaid’s Tale Season 2

6. Luke is after Commander Waterford 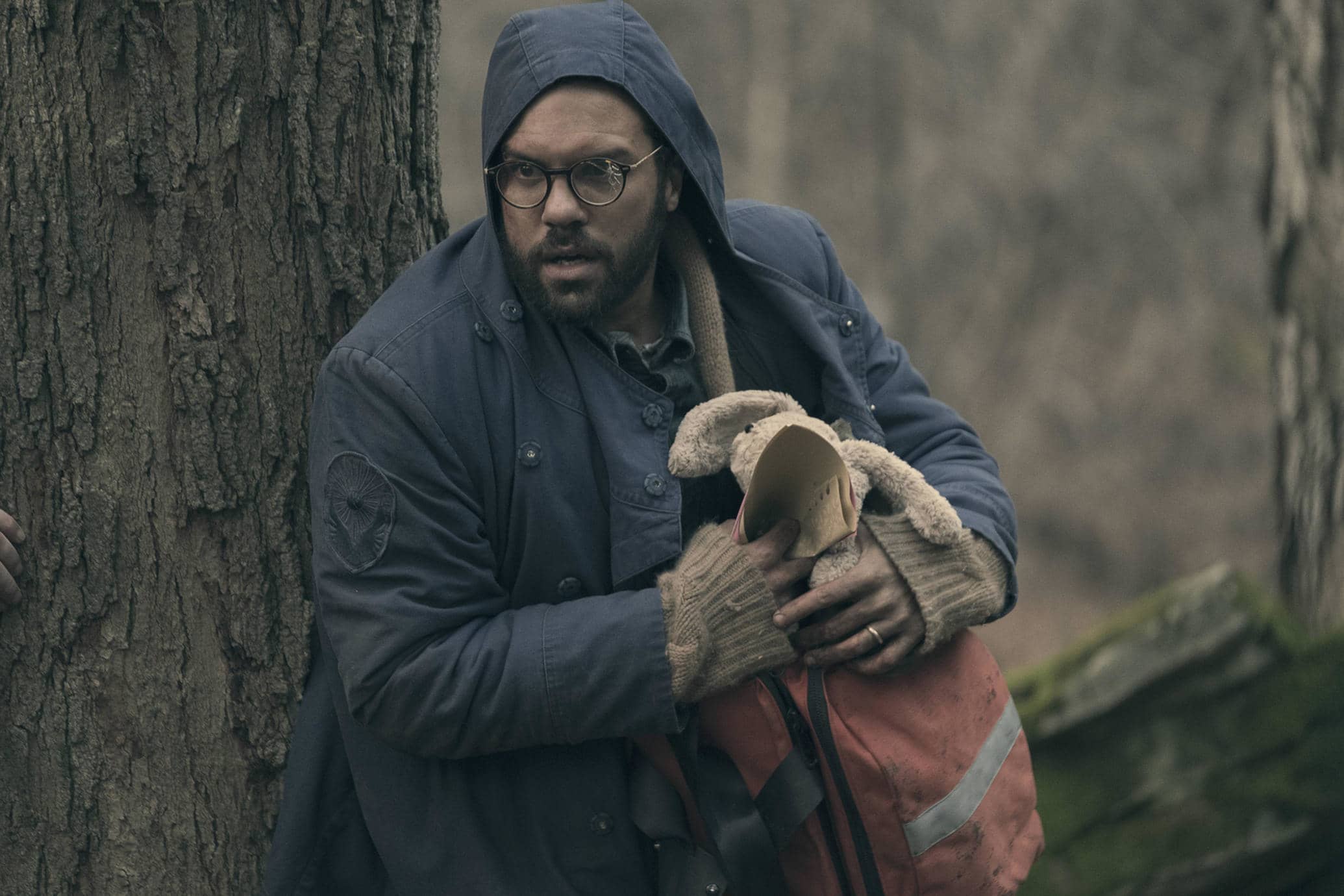 Hell hath no fury like a husband scorned. OK, not exactly the saying, but Commander Waterford had better watch his back in season three. After learning the commander was the man raping June, Luke was done playing it cool.

“Luke has been trying to take care of himself and kind of be a person who’s the voice of people like him, who have suffered these great losses and are trying to somehow maintain hope,” Miller said, “but I think he’s done with maintaining and has moved on to acting. Now that he’s met Fred face-to-face, that is the focus of his fury — Fred. All of the sudden the Gilead, and the Gilead system, has been reduced to Fred Waterford — and he’s gonna find a way to get Fred.”

What do you think will go down in The Handmaid’s Tale season three?