What do you do with a day off in the middle of the week? Celebrate the Fourth of July in style, of course. Whether you hit the beach early to get a good spot for the fireworks, spent the day poolside with friends and family or even spent the night in with a glass of wine or a good book, there was probably a celebrity doing the exact same thing. They’re just like us, after all. We’ve rounded up social media posts from some of our favorite celebrities who look like they had an amazing holiday.

More: The Most Famous Celebrity From Every State

Fantastic to see you and train together! https://t.co/ho6ewXnX4m

Before the festivities started on Wednesday, People magazine reported that Hugh Jackman and the former Governator, Arnold Schwarzenegger, both hit the original Gold’s Gym in Venice, California, to work out. Jackman snapped a selfie to share on Twitter, and Schwarzenegger shared the tweet with the caption, “Fantastic to see you and train together!”

HAPPY INDEPENDENCE DAY from my family to yours!

Joe Manganiello and Sofía Vergara spent their Fourth with family, cooking food on the grill and hanging out in the pool. They both shared a ton of adorable photos on Instagram featuring red, white and blue decorations, festive ensembles and what looked like an absolutely amazing party. We’re a little jealous to be honest.

Chrissy Teigen spent the Fourth with husband John Legend and their kids. She updated her Instagram story throughout the day, but she also took the time to post a video that had her followers craving hot dogs… until she revealed that the “food” in the video was actually lipstick from her collaboration with Becca Cosmetics. This is one of the reasons she’s so good at social media — she knows how to tell a joke in multiple formats!

Have a safe, happy, delicious 4th!

What’s a holiday without a beautiful homemade thematic dessert? Gwyneth Paltrow posted this gorgeous red, white and blue pie on Instagram along with well wishes for those celebrating. She wrote, “Have a safe, happy, delicious 4th!” We can get behind that.

Happy 4th my sisters & brothers. Hope you guys had a great day!

Although she spent her Fourth of July in Canada, Jessica Chastain still took the time to enjoy a thematic dessert and wave a flag for her Instagram followers. She captioned her photo, “Happy 4th my sisters & brothers. Hope you guys had a great day!”

The Daily Mail reports that Jennifer Garner spent the holiday on a parade float with two of her children at the 70th Annual Holiday Parade in Los Angeles. Garner and her kids all wore red, white and blue for the event and waved at crowds from atop a fire truck. She shared video updates on her Instagram Story, some of which were reposted on fan accounts like @justjengarner.

Jennifer Lopez lit up the night in a video she posted on Instagram captioned “Happy Independence Day!!!” with three explosion emoji. We love how happy she looks prancing around with sparklers in her hands, clearly enjoying the excuse to celebrate.

Kate Hudson spent her Fourth of July in the sun wearing cowboy boots bearing the American flag and waving another. In the photo she posted on Instagram, she looks like she’s having the time of her life, and her emoji choices in the caption — a flag, fireworks, ice cream, a hot dog, confetti, a balloon and another flag — make us think it was an especially good day.

Taraji P. Henson shared a selfie with her fiancé, Kelvin Hayden, enjoying the sunshine. With a red Solo cup in hand, Henson and Hayden both stick their tongues out at the camera. Henson didn’t mention the holiday in her caption on Instagram, opting instead to write something sweet about her beau: “That’s my best friend,” along with some silly emoji and some kisses. Too cute.

Reese Witherspoon totally embodied the spirit of Independence Day in her Instagram post, which reminded us of that iconic moment in Legally Blonde 2. You know the one. Witherspoon looks adorable in her red, white and blue, and the clothes and accessories she has spread out make us want to rock the flag colors all summer long.

Before her Fourth of July performance, Mariah Carey shared a behind-the-scenes video wishing her Instagram followers a happy Independence Day. Although her red, white and blue is a little subtler, she was clearly in the spirit and loving it.

🌈 Thank you to all of the folks who’ve been following our #progressivewave series for coming out to the Riis Park Beach Bazaar to meet us and sign our petitions! And a huge thank you to @realleadelaria for setting up a kissing booth to fundraise for our campaign 💋 All of your contributions could not matter more at this time. The love is real, and oh are we feeling it! 🌊

Actual congressional candidate Cynthia Nixon spent her Fourth of July campaigning. According to her Instagram post, she had a fundraiser at Riis Park Beach Bazaar involving petitions and even a kissing booth. In addition to some red, white and blue, attendees also rocked a lot of rainbows.

More: 17 Times Chrissy Teigen Was the Queen of Social Media

The Kardashian sisters (minus Kourtney) 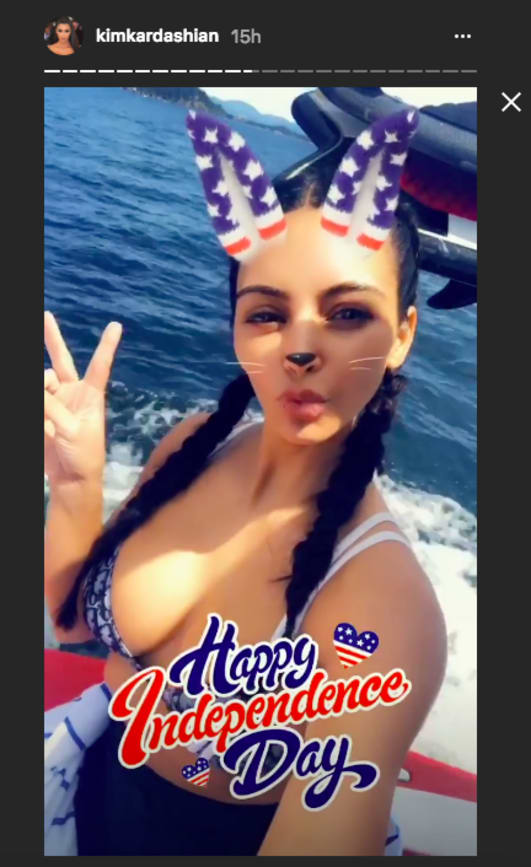 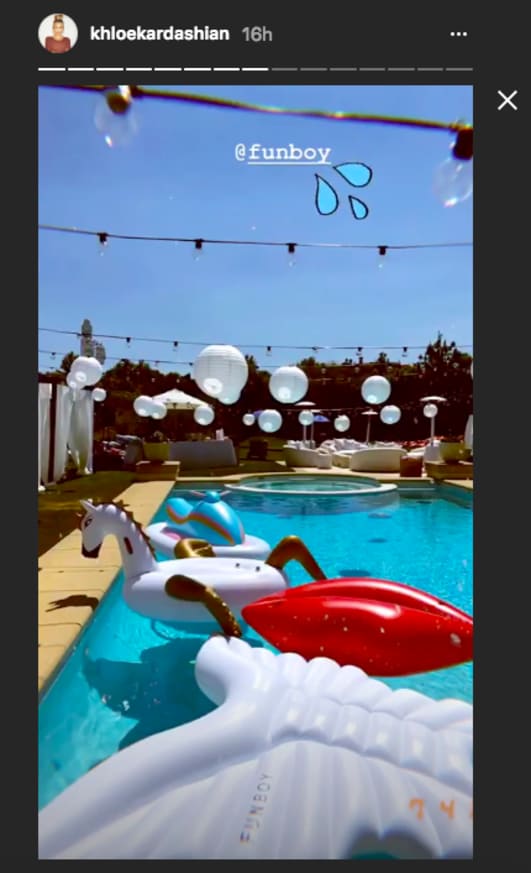