Gillian Flynn’s Sharp Objects is the last of her trio of novels to be adapted for the screen. Gone Girl and Dark Places have already received the silver-screen treatment. But just because Sharp Objects is last doesn’t mean its least. In fact, just the opposite.

Dark Places, which was released in 2015, was lost in the shuffle despite starring Charlize Theron. It only has a 25 percent on Rotten Tomatoes. Gone Girl soared to the top echelon of films in 2014, with an Oscar nomination for best female actor for Rosamund Pike. But Sharp Objects might outperform them all. It is the only one of the trio that is being adapted as a limited series. And it’s getting major buzz.

Here’s everything you need to know before the show premieres on July 9.

Before Flynn wrote her most well-known novel, Gone Girl, she started her dark and twisted take on female characters with Sharp Objects. According to The Guardian’s Emma Brockes, it performed “modestly well.”

Thanks to the success of Gone Girl and HBO’s release of the Sharp Objects series next weekend, the book Sharp Objects now sits at No. 10 on The New York Times best-sellers list, where it’s been for four weeks.

2. It will be hard to watch

From Amazon, the synopsis for Sharp Objects is as follows: “Fresh from a brief stay at a psych hospital, reporter Camille Preaker faces a troubling assignment: she must return to her tiny hometown to cover the murders of two preteen girls. For years, Camille has hardly spoken to her neurotic, hypochondriac mother or to the half-sister she barely knows: a beautiful thirteen-year-old with an eerie grip on the town. Now, installed in her old bedroom in her family’s Victorian mansion, Camille finds herself identifying with the young victims—a bit too strongly. Dogged by her own demons, she must unravel the psychological puzzle of her own past if she wants to get the story—and survive this homecoming.”

But the murder mystery is hardly the biggest thrill of the novel. Instead, the character-focus on Camille and her journey to the surface of the depression she’s been drowning in is the real and central story Flynn so beautifully and magnetically crafts. 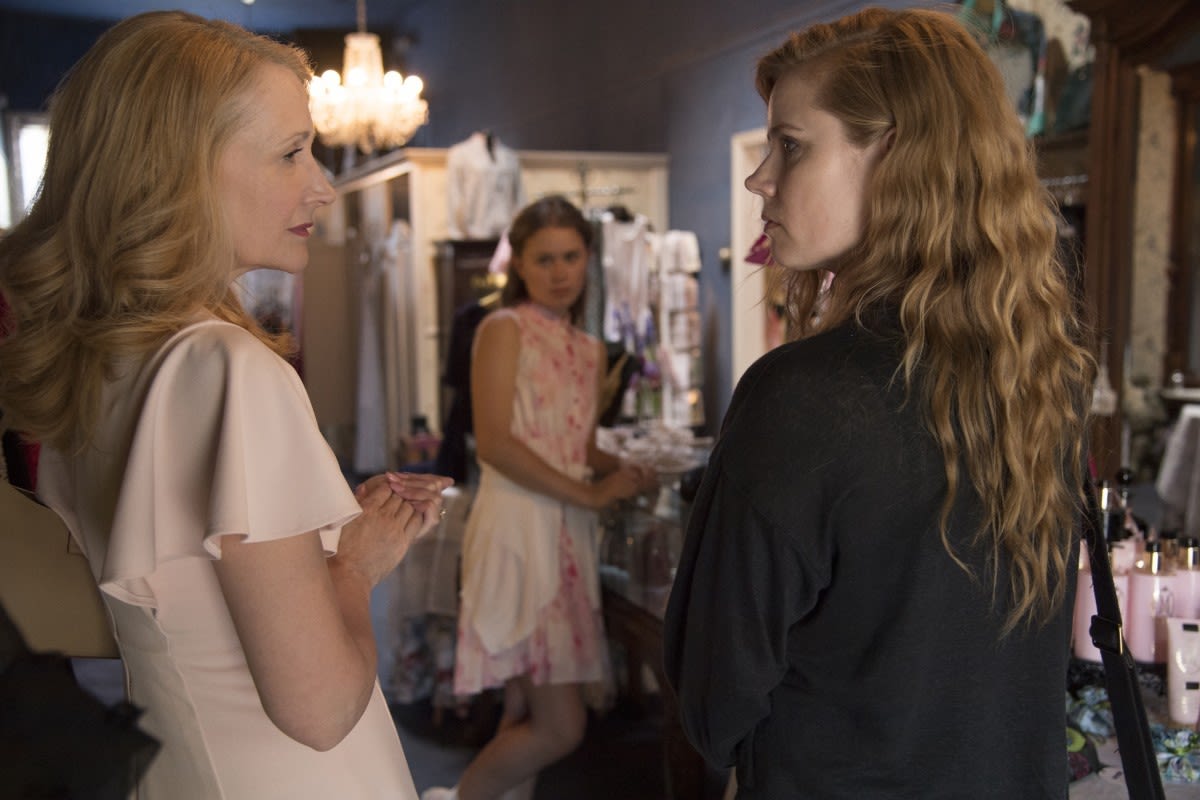 The series comes from the producer of Get Out, so that should be your first clue this series will feel anything but typical. But it’s also shocking and may contain triggers for certain audience members. The show’s protagonist, Camille, is dealing with some big demons. She’s an alcoholic and she has a history of self-harm, sometimes using her cracked iPhone screen as a way to cut her fingertips. But Camille’s scars run much deeper when Sharp Objects begins: She has scarred her entire body with words etched into her skin. But why? Well, that’s the true mystery the show will unravel.

4. It signals the coming of the female anti-hero

As Time points out, antiheroes are no longer the domain of men, like Mad Men‘s Don Draper or Breaking Bad‘s Walter White. Women are now entering that scene too, and rightfully so. “Not everyone is going to root for Camille,” Flynn said to Time. “Not everyone will think Camille is likable. Who cares? She shouldn’t have to be.”

Adams doesn’t just bring emotional depth to the role. She brings in a whole other level of character work, which not all actors can accomplish. Flynn described Adams’ performance to The New York Times, saying Adams “completely immersed herself physically, bodily, mentally into Camille.” Adams also reportedly physically changed for the performance, spending three to four hours standing naked in the mornings in order to have the scar prosthetics applied to her entire body.

“I don’t have the same darkness and depth of internal anger, but that sort of sadness that drives you to be unkind to yourself? I think I have that,” Adams said during an interview with Independent. 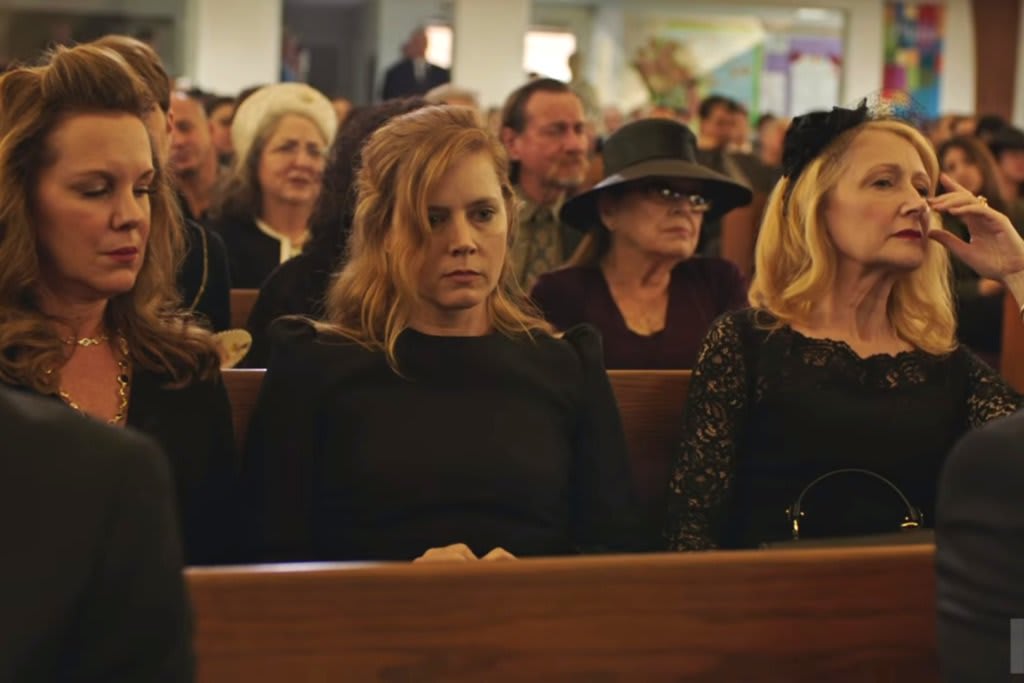 6. The excitement about the show is a sign of how good it is

The show is sitting pretty with an 88 percent on Rotten Tomatoes. During an Austin premiere, Time magazine described the crowd’s reaction. “…the applause at the end is thunderous – cheering not necessarily for Camille, but for the arrival of a twisty, and twisted, mystery to watch on long summer nights.”

The Hollywood Reporter calls it “[s]omething of a summer popcorn thriller for grownups.” And described Adams’ performance as “Emmy-ready.”

Meanwhile, Variety says, “Sharp Objects is dazzlingly itself, a show in thrall to the horror of its premise but one that finds nuance within unremitting darkness.”

Check out the premiere of Sharp Objects the evening of Sunday, July 9, at 9/8c on HBO.