The new documentary Whitney is an emotional roller coaster. Not only is the film an exploration of the demons that haunted singer Whitney Houston, it’s also an homage to her artistic genius. We sat down with the Oscar-winning director Kevin Macdonald (The Last King of Scotland, One Day in September) to find out more about the life and death of Houston.

Surprisingly, when Macdonald was first approached with the possibility of directing this documentary, he wasn’t very interested. “I didn’t really have any sympathy left for her. I sort of liked her music back in the day, but I’d gone off her, like many people, because of this relentless self-destructiveness she had.”

It took a conversation with Houston’s longtime agent to change his mind. “I met with her agent Nicole David, who had been with [Houston] for 25 years, and she said, ‘I really want you to make this movie because I loved Whitney, but I never understood her. I think you could help me and lots of other people understand her.’ It was that invitation to go on a quest and do an investigation that got me interested.”

Here are five of the bombshells Macdonald found in his investigation.

Born in 1963, Houston was raised in New Jersey. Her mother, Emily “Cissy” Houston, was a gospel singer, touring frequently while Whitney Houston and her half-brother, basketball player Gary Garland, went to stay with various relatives, including Whitney Houston’s first cousin, Dee Dee Warwick (sister of Dionne Warwick). In the film, Whitney Houston’s aunt and longtime assistant, Mary Jones, says her niece revealed to her that Dee Dee Warwick, who was 20 years older than Houston, molested her as a child. Garland also claims he was molested by Warwick.

Macdonald thinks the abuse deeply affected Houston, causing her not to have a strong sense of identity. “She doesn’t know who she is, and I think that’s because her emotional development stopped at the time of the sexual abuse as a child. I think she really wanted to go back to her childhood, to a time before everything went wrong.” 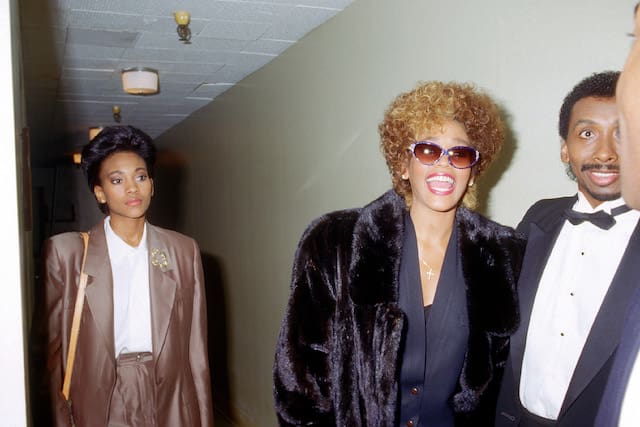 In the film, it’s implied that Houston had a long-term romantic relationship with Robyn Crawford (pictured above left) that is rumored to have continued even after Houston married Bobby Brown in 1992. Houston and Crawford met in 1979 and became more than just friends despite Houston repeatedly denying she was gay. Crawford, now 57, declined to be interviewed for this movie, possibly due to the fact that she is writing her own book about Houston. Macdonald says, “She’s the one person who didn’t want to appear. She considered it, but declined in the end, and obviously, it’s a big regret and I think maybe led the film to becoming something slightly different than what I thought it would. It made it more about family and the things that families do to each other if they don’t sort out their shit.”

3. According to Macdonald, Bobby Brown is an “idiot” 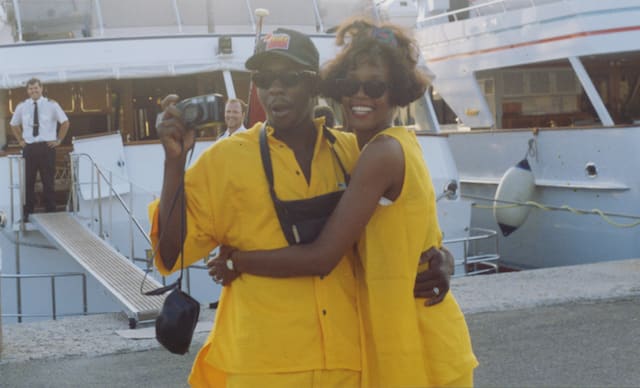 Of course Macdonald wanted to interview Houston’s former husband, Bobby Brown. Their 15-year marriage was full of passion, drugs and constant fighting. But the interview with Brown didn’t go as Macdonald hoped. When asked about Houston’s drug use, Brown says on camera that he would not discuss it. A baffled Macdonald replies to Brown, saying, “It’s kind of hard to talk about the last years of Whitney’s life without talking about drugs since that’s what killed her.”

Here’s what Macdonald says about Brown’s interview. “Everyone told me beforehand that Bobby was a really lovely guy. ‘He’s a really fun guy, you’re going to like him.’ Bobby is usually seen as the villain in this story, but I think, as the movie makes clear — and I don’t want to be rude, but he’s a bit of an idiot — though not a bad person. He came to the interview with all of this protectiveness, but I think he isn’t ready in his life to get rid of all that protectiveness even though I said to him, ‘We’re trying to do something more open and honest here, and everyone has been very open and honest, and I think you should be.’ But when it came to discussing anything controversial, her addiction for instance, he wouldn’t go there. He became kind of aggressive about it. I think I left that in where he refuses to talk about things because it gives the audience an idea of what his mentality is — total denial about responsibility or the truth of it.” Macdonald makes it clear, though, that he doesn’t blame Brown for Houston’s death.

More: Gloria Estefan Has a New Job That We’re Totally Here For

4. The unknown detail about Houston’s death not in the film

On Feb. 11, 2012, Houston was found facedown in her bathtub at the Beverly Hilton hotel in Beverly Hills. Mary Jones found her after leaving Houston alone to purchase the Sprinkles cupcakes Houston asked her to run out and get. Here’s what Macdonald says Jones told him:

Macdonald ultimately decided not to include Jones’ account in the film. “I was fascinated by it, but I didn’t put it in the film because I interviewed pretty much everybody who was around those couple of days and they all, at one time or another, had lied to me about something. But to show that they had all been lying, I had to show their contradictions in their stories and it just became a complicated thing and not satisfying for the audience. If you’re going to name somebody, you have to name them and make it very simple.” To be clear, Macdonald does not think there was foul play, but Jones’ account certainly creates the possibility.

5. Bobbi Kristina was “thrown to the wolves” 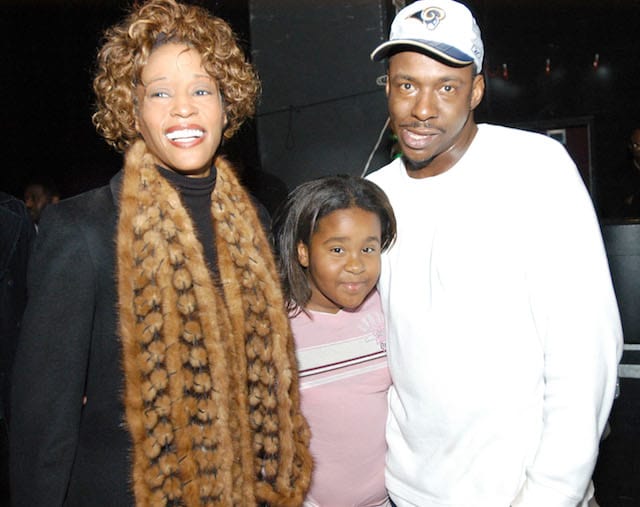 In 2015, Houston and Brown’s daughter, Bobbi Kristina, was found facedown in a bathtub at her Georgia home, eerily replicating what happened to her mother. Bobbi Kristina was in a coma for seven months before she died at the age of 22. Her autopsy report says her death was the result of “immersion associated with drug intoxication.”

In the film, Mary Jones says Bobbi Kristina was “thrown to the wolves,” possibly because Houston and Brown exposed her to drugs and shady people from a young age. Macdonald thinks their treatment of Bobbi Kristina is unforgivable. “Through understanding Whitney, you can forgive her for an awful lot, and that’s why I said to the family, we need to tell the truth. The one thing I find impossible to forgive is what a bad, irresponsible parent she was. The tragedy of that is redoubled when you realize she was just trying to protect her daughter by keeping her with her, taking her on tour with her, but she was exposed to things that children shouldn’t see. Maybe she didn’t want the same thing that happened to her to happen to Krissy.”

More: Kelly Clarkson Is So Over Being Pitted Against Carrie Underwood