Now that Khloé Kardashian and Tristan Thompson are working things through after it was revealed that he allegedly cheated on her during her pregnancy with baby True, the rest of the Kardashian clan is getting on board. That includes older sister Kim Kardashian West, whom Thompson blocked on Instagram after she went on The Ellen DeGeneres Show in May and commented on his alleged controversial behavior, which focused on him possibly cheating on Kardashian. 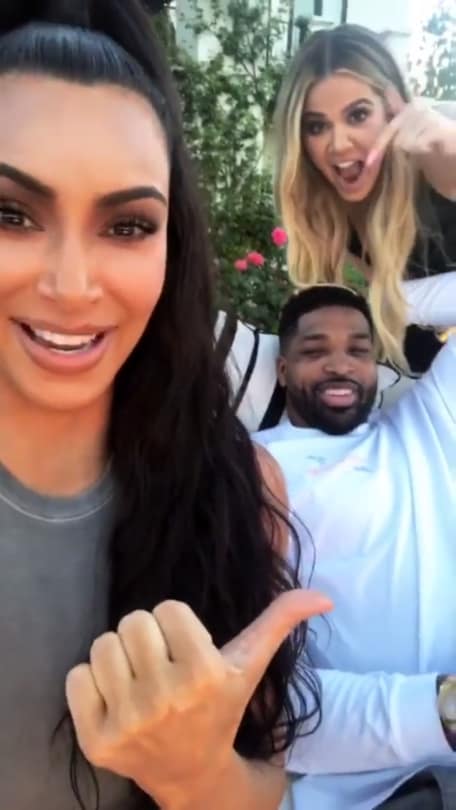 Marie Claire reports that while the family hung out at Kardashian’s birthday party, Kardashian West shared several videos on her Instagram Story. She chose to address the elephant in the room publicly and call a truce with her sister’s boyfriend.

“All right guys,” she said, “What do you think? It’s Khloé’s birthday. Do you think I should ask this guy to unblock me?” She pointed at Thompson, who lounged behind her, with Kardashian laughing behind him.

She asked Thompson, “For Khloé’s birthday, will you please unblock me?” 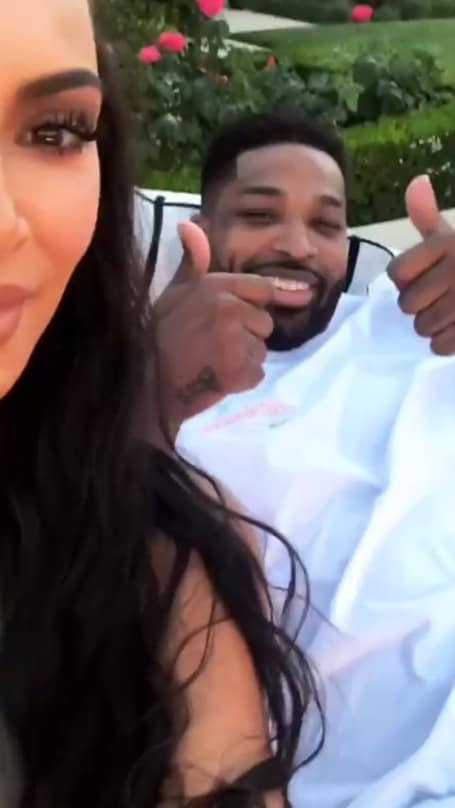 The light-hearted exchange continued with a lot of laughter. Thompson gave Kardashian West — and the camera — two thumbs up, saying, “It’s only right. I got you.” Kardashian West’s 113 million followers got to witness the entire exchange. 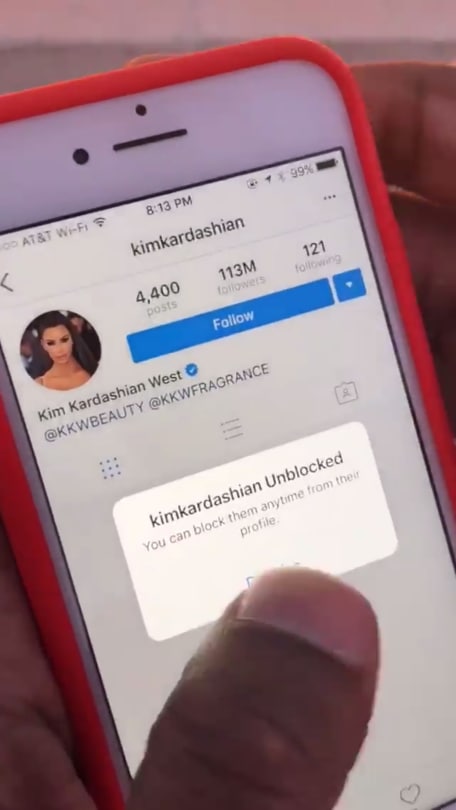 When Thompson actually took out his phone to do the deed, Kardashian West leaned back and then moved so she could sit behind him and film that too. The proof is in the pudding, after all. We’re also happy to report that, as of Thursday afternoon, Thompson is still following Kardashian West, and she him.

More: Khloé Kardashian Is Fighting a New Rumor About Herself & Tristan Thompson

Later, Marie Claire reports, Thompson revealed that he also blocked by his girlfriend’s two best friends, Malika and Khadijah Haqq. We’re all familiar with the awkward social media situations that can result from potentially nasty situations with significant others, so it’s kind of refreshing to know that even celebrities deal with that kind of drama. On the other hand, this whole thing could have been avoided if Thompson had just been faithful in the first place.