Jon Snow and Ygritte may not have had a happy ending on Game of Thrones, but former costars Kit Harington and Rose Leslie have found theirs. The couple married in a beautiful ceremony on Saturday in Aberdeenshire, Scotland, with lots of friends and family in attendance — including a fair number of their GoT costars. 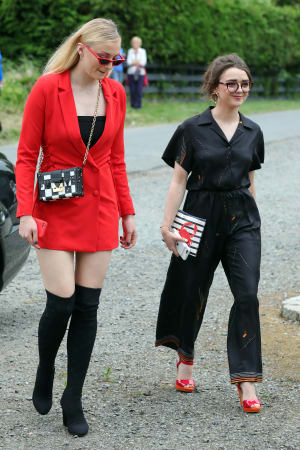 The King in the North (Robb Stark) may have met a bloody end, but Richard Madden looked incredibly dapper in his formal suit and kilt. 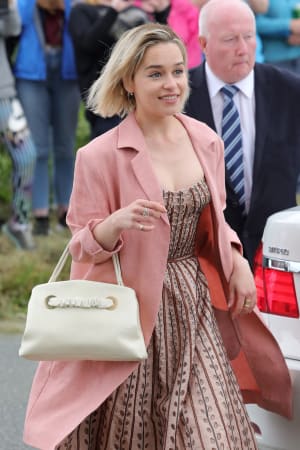 Is it awkward for your current on-screen romance to witness you marrying your former on-screen romance? At any rate, Emilia Clarke, who plays Mother of Dragons Daenerys Targaryen, attended the wedding in a pink floral dress and matching sweater with a long pink coat to match.

More: Emilia Clarke Shared a Cryptic Game of Thrones Message Over the Weekend 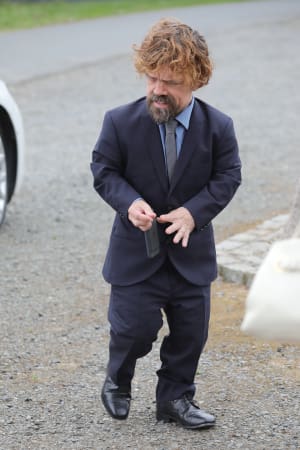 Peter Dinklage, who plays Tyrion Lannister, kept things simple in a suit, seeming camera shy as he made his way into Kirkton of Rayne Church for the ceremony. 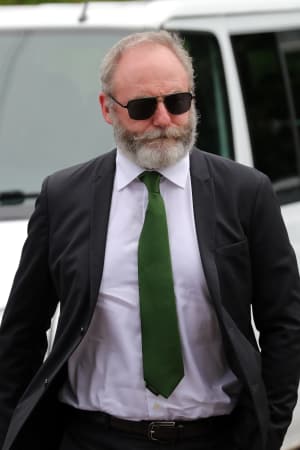 Liam Cunningham, who plays Davos Seaworth, also kept things simple in a suit, though he jazzed it up a bit with a green tie to add a pop of color.

It’s a little strange to see actors who wouldn’t normally interact as their characters on-screen interact with each other in real life. Conleth Hill (Varys), John Bradley (Samwell Tarly) and Joe Dempsie (Gendry) all looked super-sharp on Saturday. 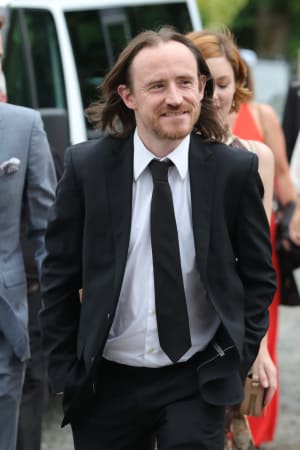 Dolorous Edd is Jon Snow’s longtime pal and acting Lord Commander of the Night’s Watch, so of course Ben Crompton was in attendance at Harington’s wedding. Crompton also kept it simple in a dapper suit.

Some Thrones stars didn’t make it

Of course, not everyone from the show was in attendance. We don’t want to speculate about who did or didn’t receive one of the 200 invites Harington and Leslie sent out in April, although several outlets, including Harper’s Bazaar and Elle Australia, noted the absence of some major players, like Lena Headey (who plays Cersei), Nikolaj Coster-Waldau (who plays Jaime), Gwendoline Christie (who plays Brienne of Tarth), Kristofer Hivju (who plays Tormund Giantsbane), Natalie Dormer (who played Margaery Tyrell), Sean Bean (who played Ned Stark) and Alfie Allen (who plays Theon Greyjoy/Reek).

Harper’s Bazaar notes that Coster-Waldau was apparently in Bordeaux, per video clips he posted on Instagram. Metro reports that Christie was at Paris Fashion Week and that Bean and Allen appeared to be filming new projects. We can’t imagine how busy this cast is, especially now that Thrones is heading into its final season and wrapping up filming… forever. 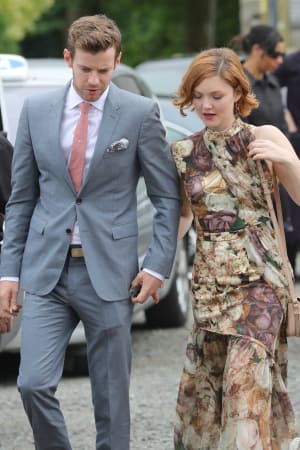 Also in attendance were some non-Thrones celebrities, including Mumford & Sons’ Marcus Mumford and Ben Lovett as well as Holliday Grainger and Malin Åkerman.

We couldn’t be happier for Harington and Leslie, whose love story is truly one for the ages. Congratulations to the happy couple!