Johnny Depp has had a rough couple of years. The actor, whose career spans dozens of works and 35 years, has been all over headlines following significant legal trouble and alleged financial deficit, not to mention a messy divorce with Amber Heard in which she accused him of physical abuse and assault. While he’s currently on tour with his band, Hollywood Vampires, which also features Joe Perry and Alice Cooper, fans have flocked to the internet to express concern over his gaunt appearance in fan photos.

But what is going on behind the scenes of all this publicly aired dirty laundry?

In a lengthy interview with Stephen Rodrick for Rolling Stone, which took place over 72 booze- and hash-fueled hours inside Depp’s sprawling London home, Rodrick explains Depp’s legal trouble through in-depth reporting and, of course, quotes from Depp himself. The profile is long and incredibly detailed. In case you don’t have an afternoon to dedicate to reading it, we’ve plucked out some of the most interesting and relevant anecdotes to explore what Depp describes at the onset, saying, “So are you here to hear the truth? It’s full of betrayal.”

1. He really is losing money – fast

Throughout the course of his career, Depp has made approximately $650 million from films that made at least $3.6 billion in profits. This number includes Disney’s Pirates of the Caribbean franchise, which netted Depp approximately $300 million alone. However, despite these successes, the star is deep in debt, something his lawyers at TMG have allegedly been telling him for years. After they asked him to sell his St. Tropez estate in 2015, however, Depp recalled telling Mandel, “Listen, you and I are going to have to fucking sit down and you’re going to have to explain this shit to me because I don’t appreciate a phone call from you in the 11th hour. If you’re going to call me, call me in the third hour.”

Throughout Rodrick’s profile, Depp repeatedly insisted that he hasn’t done anything wrong — that his financial issues were caused by employees playing fast and loose with his money. He also said that the only reason he’s fighting so hard with this lawsuit is for his kids.

“I have never, ever in my life been the bully kid,” Depp said. “I never went out of my way to hurt anybody. When I was a little kid, what I was taught was never fucking start a fight, but if somebody fucking tags you or invades your fucking world, finish the fucking fight. To my mom’s exact words, ‘Lay them out with a fucking brick.'”

He added, “My son had to hear about how his old man lost all his money from kids at school, that’s not right.”

He also added, “I kept trying to figure out what I’d done to deserve this. I’d tried being kind to everyone, helping everyone, being truthful to everyone. The truth is most important to me. And all this still happened.”

More: This Is What’s Really Going on With Johnny Depp’s Dramatic Weight Loss

3. He’s reluctant to turn his back on his family 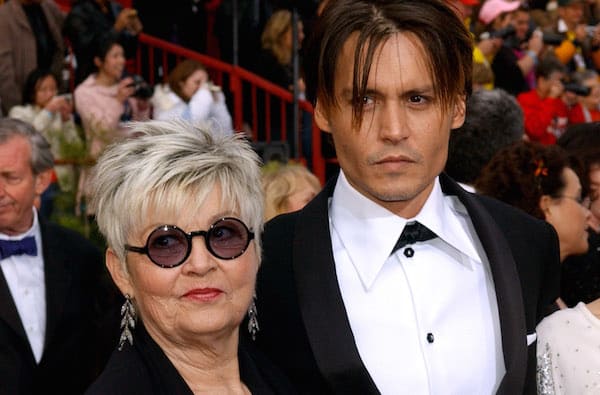 Depp describes his relationship with his late mother, Betty Sue Palmer, as volatile. At one point, he says, “Betty Sue, I worshiped her. She could be a real bitch on wheels.” Despite that, his first big purchase as an actor was a farmhouse for her outside Lexington, Kentucky. He also paid to have her moved to Los Angeles for treatment when she was diagnosed with terminal cancer in 2013, where she lived in a $30,000-per-month house. She died in 2016, the night before Heard appeared in paparazzi photos sporting bruises that allegedly came from him.

Meanwhile, Betty Sue’s farmhouse has become a money pit. After Depp purchased it, some of his family moved in to act as caretakers for the property. Allegedly, their spending reached a point where it was out of control, which Mandel — who was tasked with day-to-day responsibility for Depp’s bank account prior to 2016 — told Depp “after years of keeping him in the dark.” Now that Betty Sue has died, Depp hasn’t sold the property. It also isn’t named in any of his current lawsuits.

“[My family’s] thinking is that I’m going to take care of them forever and that the farm is now theirs,” Depp said. “I didn’t make that promise.” But he also won’t cut them off, because he believes that TMG should have done that. “That’s why I’m paying them.”

4. Depp is trying to maintain his career

Depp has often been lauded as a genius by his fans, something Rodrick points out a few times in his profile. His acting chops were recently called into question, though, when reports surfaced in 2017 that he doesn’t learn his lines and relies on an earpiece to be fed them from someone off camera on his movie sets. Depp told Rodrick the earpiece is real, but that he uses it so he can act without speaking.

“I’ve got bagpipes, a baby crying and bombs going off,” he said. “It creates a truth. Some of my biggest heroes were in silent film. It had to be behind the eyes. And my feeling is, that if there’s no truth behind the eyes, doesn’t matter what the fucking words are.”

His career still seems to be in good shape. According to IMDb, Depp has four movies being released through the end of the year (City of Lies, London Fields, Fantastic Beasts: The Crimes of Grindelwald and Richard Says Goodbye) and is slated to play Dr. Griffin in The Invisible Man.

At the end of their 72-hour interview, Depp saw Rodrick to the gates of his London home with the parting words, “Thanks for coming. This could be your Pulitzer.” He added as Rodrick left, “Take care, man. Thank you for listening.”

Like we said, this Rolling Stone profile is sprawling, and it digs deep into every detail of Depp’s current financial situation. Setting the question of whether he is solely culpable for his current issues aside, it’s clear that this hole is deep. Digging out of it will be difficult, especially if Depp refuses to change his ways — which according to Rodrick’s reporting and Depp’s own words seems to be hard for him.