In 2017, The New York Times released a lengthy exposé on famed Hollywood movie executive Harvey Weinstein, describing decades worth of allegations of sexual harassment, sexual assault and settlements involving different women, including actresses Rose McGowan and Ashley Judd. Weinstein is now facing trial for many of these charges, and the jury is in their second day of deliberation. How did Weinstein’s story get to this point? Here’s a look back at the producer’s career, Hollywood alliances, and past accusations.

According to the University of Buffalo, where Weinstein earned a B.A. in English, he got his start producing rock concerts with his fellow student Horace “Corky” Burger. “The first was a hugely successful 1972 Stephen Stills concert that led to the founding of Harvey and Corky Productions, which quickly became a fixture on the Buffalo music scene,” the university reports. 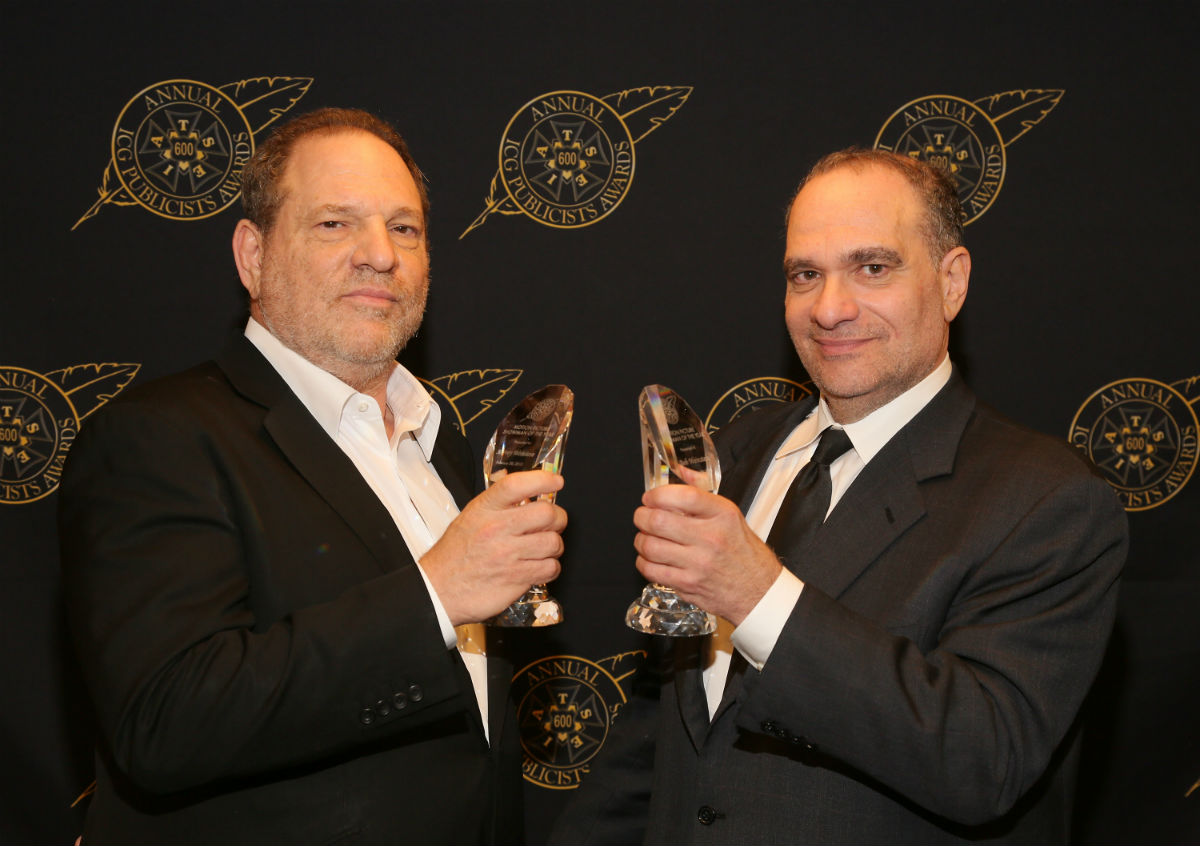 In 1979 Weinstein and his brother, Bob, co-founded Miramax, the well-known entertainment company that produces and distributes films and television shows. The Weinstein brothers started finding fame in the ’80s with several breakout hits, including Sex, Lies, and Videotape (Andie MacDowell, Peter Gallagher, James Spader), My Left Foot (Daniel Day-Lewis’ role won him an Oscar in 1990) and Cinema Paradiso.

Weinstein was married to Eve Chilton until 2004. According to New York Magazine, Chilton was his assistant in 1986. They share three daughters: Lily, Emma, and Ruth.

In 1993, the Walt Disney Co. bought Miramax. After the acquisition, Miramax produced some top movies that still hits today, including Pulp Fiction, The English Patient, Scream, Good Will Hunting, and Shakespeare in Love. 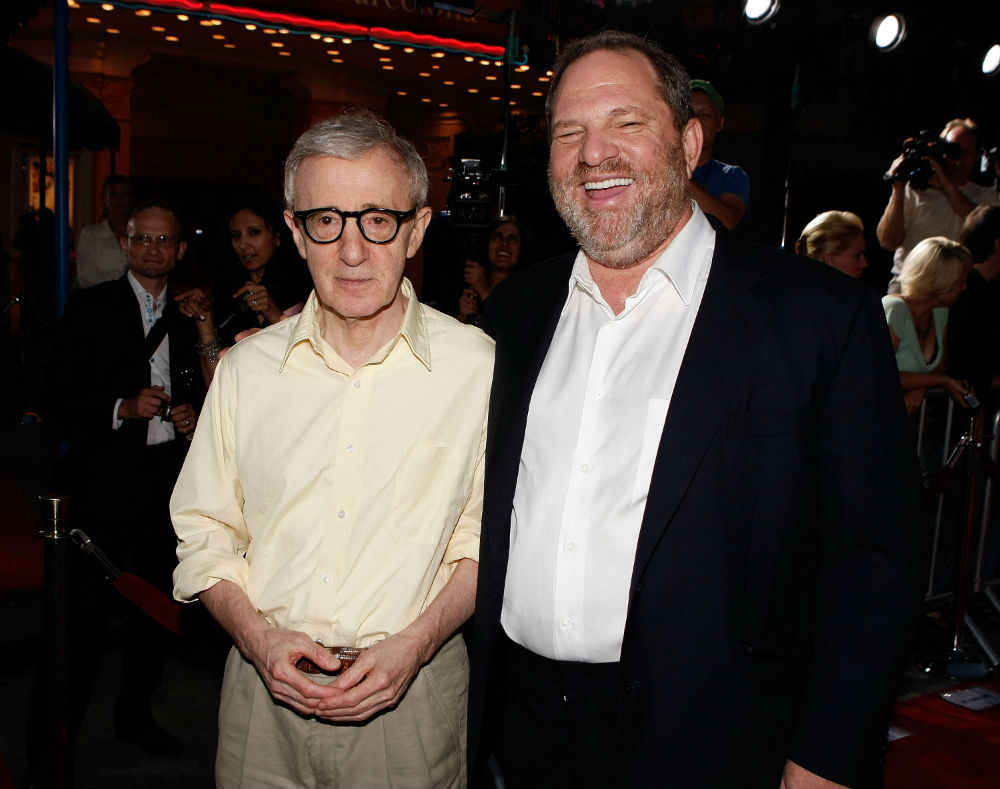 In June 1994, Woody Allen scored a deal with Miramax for his film Bullets Over Broadway. Other companies were reluctant to work with Allen due to fallout from his custody battle with ex-wife Mia Farrow and the child abuse allegations brought against him by Farrow’s adopted daughter, Dylan Farrow.

After making a deal with Miramax, Weinstein released the following statement: “Shunned by Hollywood means nothing to Miramax. We’re talking about a comic genius. Chaplin was shunned by Hollywood; so were a great many other international filmmakers, including Fellini — and those are the people who belong with Miramax.”

In 1997, Weinstein reached an undisclosed $100,000 settlement with actress Rose McGowan after an alleged hotel room incident that reportedly took place at the Sundance Film Festival. According to legal documents obtained by the New York Times, the settlement reached was “not to be construed as an admission” by Weinstein, but a way to “avoid litigation and buy peace.”

In 2004, Disney and Weinstein went their separate ways. Soon afterward, Weinstein and his brother founded a new independent studio, the Weinstein Co. 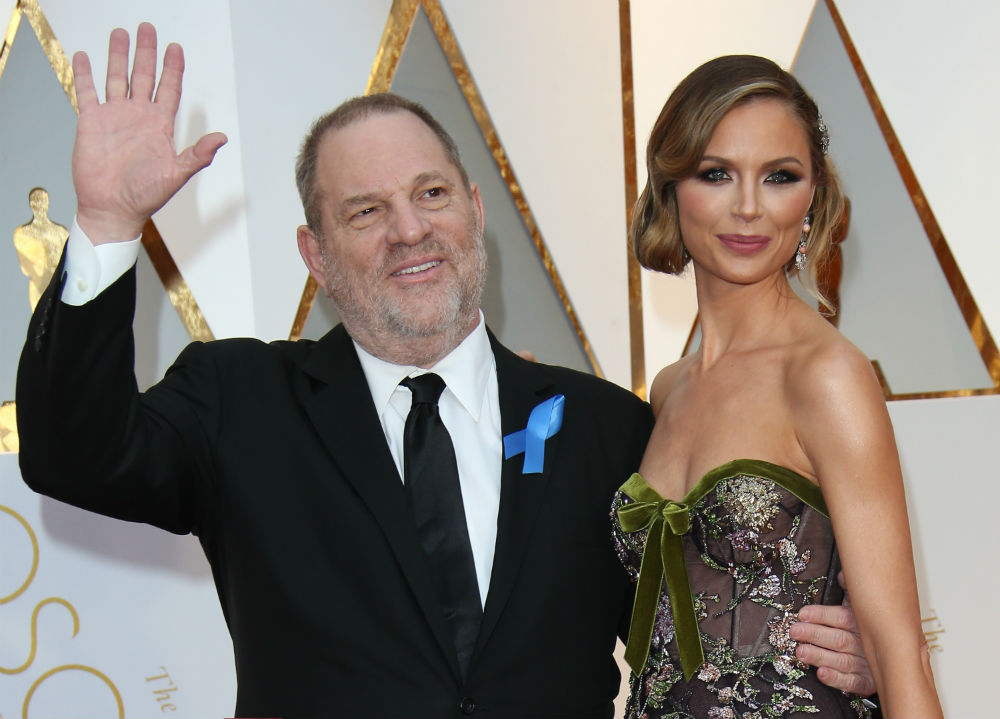 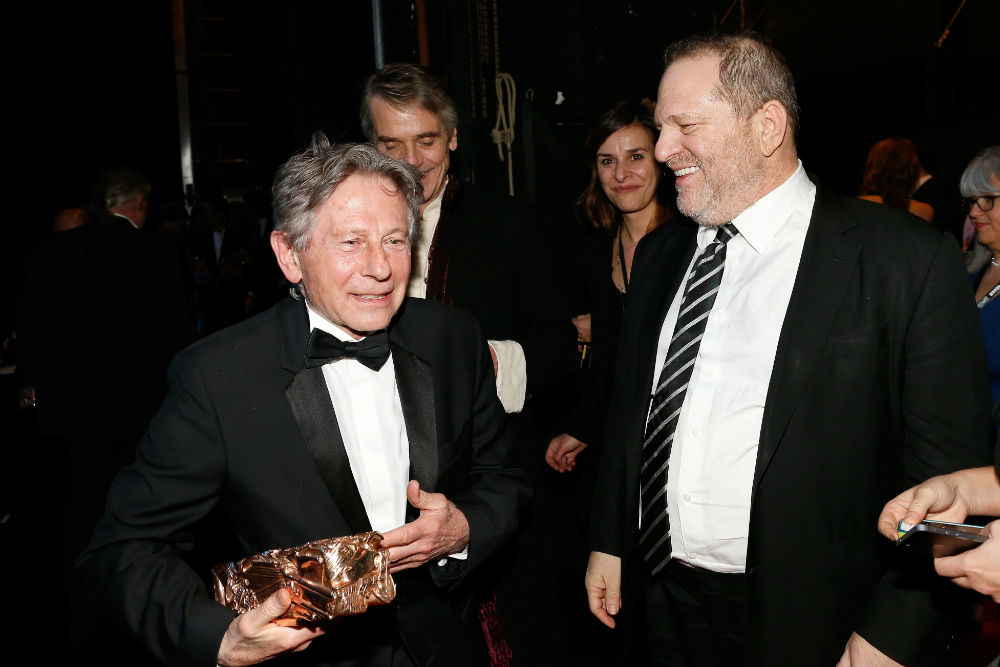 In September 2009, Weinstein wrote a letter published in The Independent in defense of Roman Polanski (director of Rosemary’s Baby and Chinatown), who has been charged with raping a 13-year-old girl. Polanski fled the U.S. in 1978 after “fearing he could face a prison sentence for having an unlawful sexual relationship.” (Other allegations have since come forward too.)

As for Weinstein, his 2009 op-ed stated, “I hope the U.S. government acts swiftly because filmmakers are looking for justice to be properly served. I will be organizing the effort myself by emailing everybody I know to sign the petition.” He also wrote, “Roman Polanski is a man who cares deeply about his art and its place in this world. What happened to him on his incredible path is filled with tragedy, and most men would have collapsed. Instead, he became a great artist and continues to make great films.”

In 2012, Weinstein made TIME‘s 100 List as “one of the most influential people” in the world. Johnny Depp honored Weinstein with a short piece that read, in part, “Now, no one gets to the top without the occasional scrap. While he’s certainly the charming servant to film he purports to be, Harvey isn’t afraid of a duke-’em-out. (I’ve had the pleasure of being both his ally and his enemy at various times.) He stops at nothing for what he believes in.”

In March 2015, a woman filed a report claiming that Weinstein had sexually assaulted her in New York City that month. Weinstein’s team released a statement: “We are cooperating fully with the authorities and are confident that we will be fully vindicated.” The producer did not face criminal charges.

2017: The allegations come pouring out

In early October 2017, The New York Times ran their explosive story detailing decades of inappropriate and criminal behavior. Among other claims, Weinstein is accused of having offered career advancement in return for sexual favors, forcing women to massage him, and luring women to what they thought were business meetings before making a sexual advance.

Shortly after the article’s release, Weinstein released an apology — without admitting any guilt. “I appreciate the way I’ve behaved with colleagues in the past has caused a lot of pain, and I sincerely apologize for it. Though I’m trying to do better, I know I have a long way to go.” He takes a leave of absence from The Weinstein Company.

Also in 2017: At least 10 women in the UK report Weinstein to the police for sexual assault. An investigation begins. The New York Times publishes more allegations from Weinstein’s time in Buffalo. Men of Hollywood like George Clooney, Matt Damon, and Quentin Tarantino speak out against the producer — and hint at how much they did or didn’t know.

Between 2017 and 2019, Weinstein is removed from the Academy of Motion Picture Arts and Sciences, the board of The Weinstein Company, the Producers Guild of America, the Television Academy, and BAFTA. He’s stripped of the Du Bois medal from Harvard and the BFI Fellowship from BFI. The Weinstein Company files for bankruptcy.

Meanwhile, new allegations continue to roll in, from women in Hollywood, the UK, Canada, and beyond. The New Yorker claims that Weinstein used an “army of spies” to cover up his crimes.

In 2019, Weinstein pleads ‘not guilty’ to two more charges of predatory sexual assault. His trial is set for January 2020, and a settlement deal is reached to pay $25 million to over 30 sexual misconduct accusers, to be paid by insurance companies representing the Weinstein Company. Meanwhile, Rose McGowan files a lawsuit against Weinstein, two of his former assistants speak out about his predatory behavior, and the man himself speaks to The New York Post.

“I made more movies directed by women and about women than any filmmaker, and I’m talking about 30 years ago. I’m not talking about now when it’s vogue. I did it first! I pioneered it!”

2020: Weinstein Sentenced to 23 Years in Prison in NYC Trial

Within the first week of 2020, Weinstein’s trial begins in New York and LA prosecutors charge him with rape and sexual assault for two 2013 incidents. Six women testify about having been assaulted and raped by Weinstein. The jury is considering charges in connection with Weinstein’s alleged attacks on Jessica Mann and former production assistant Mimi Haleyi.

In February, Weinstein is charged with rape and criminal sexual assault in NYC, though he’s acquitted on two charges of predatory sexual assault. He’s taken to the hospital for heart problems following the verdict’s release, then transferred to Rikers Island at a later date. In early March, he’s sentenced to 23 years in prison, and required to formally register as a sex offender.

Click here for a list of celebrities who have bravely spoken out about their experiences with sexual assault.

A version of this article was originally published October 2017.