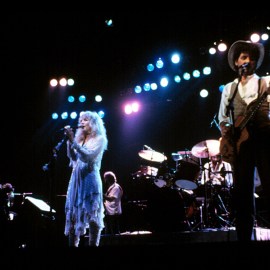 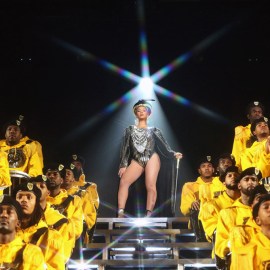 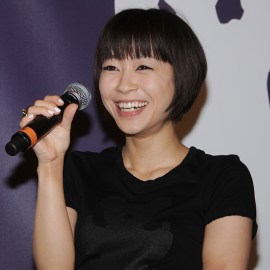 Since the MTV Video Music Awards began in 1984, viewers could always count on one thing: someone would do something shocking and/or totally memorable at some point during the ceremony. The best part is you never know exactly who or what is going to pop off. Will the best moment be an incredible performance? Will it be someone getting into a fight? Will there be blood involved? Will the players still have a career afterward? A marriage? The VMAs are always surprising, and they’ve been shocking music fans for years. We’ve rounded up some of the most memorable moments in VMA history since the show began.

1984: Madonna humps the stage in her VMA debut

In retrospect, this is nothing compared to Madonna’s later performances, but at the time, at the very first MTV VMAs in 1984, Madonna dry humping the stage in front of every music exec in the industry, being beamed into the living rooms of every Middle American TV set, was shocking — and it definitely set the tone for what kind of show the VMAs wanted to be.

1991: Prince demonstrates all 23 positions in a one-night stand

RuPaul and Milton Berle were paired together because RuPaul is a drag queen and Berle used to do comedy in drag — and that’s where their similarities end. RuPaul started their bit by going totally off-book and insulting Berle by saying the legend now wears diapers. What the audience didn’t know, and RuPaul revealed in her book, is that Berle allegedly groped her butt and breasts backstage.

The marriage of Michael Jackson and Lisa Marie Presley seemed like little more than a publicity stunt to the cynical public, and this super-awkward kiss at the 1994 VMAs did little to convince us otherwise. The pair divorced two years later.

When Fiona Apple won Best New Artist for her beautiful and moody album Tidal, the then-teen gave a super-emo acceptance speech that sounded totally petulant at the time, biting the hands that fed her — but now, 20 years later, sounds 100 percent accurate.

Lil’ Kim thought she was being cute wearing a jumpsuit that allowed one of her girls to hang loose, nipple covered by a pasty only to appease the FCC. She probably wasn’t counting on getting felt up by icon Diana Ross. Mary J. Blige was also caught in the middle of the interaction. Blige and Lil’ Kim are pictured above.

Britney Spears completely outgrew her good-girl persona with a single, incredibly sexy performance in which she stripped off a a black business suit to reveal a sparkly, transparent bodysuit, making her appear nearly nude. The mashup of “Satisfaction” by the Rolling Stones with a remixed “Oops! I Did It Again” signaled a new era for Brit-Brit. Not that innocent, indeed.

What was supposed to be a simple acknowledgment of the King of Pop’s birthday went sideways when Michael Jackson misinterpreted Britney Spears’ intro calling him the “artist of the millennium” as receiving an Artist of the Millennium award, which doesn’t actually exist. His confusing “acceptance speech” left the audience briefly befuddled, but they gave him a standing ovation anyway.

Madonna totally made out with both Britney Spears and Christina Aguilera during their joint 2003 VMAs performance, but the best part was seeing Justin Timberlake’s stone-cold expression watching Madonna move in on his ex-girlfriend.

2007 was not a good year for Britney Spears — see the intrusive, pervasive tabloid coverage of the star, chronicled in Framing Britney Spears. But her performance at the 2007 VMAs was supposed to prove she was still the pop princess fans fell in love with in the early aughts. Sadly, it did the exact opposite. Spears was a shadow of her former self: untoned, unprepared and disheveled. This was also in the time leading up to her conservatorship, which we now know has had an indelible impact on the singer, as she now fights to regain her agency and autonomy.

Taking performance art to a whole new level, Lady Gaga demonstrated how fame will eventually kill all celebs, either literally or figuratively, when she finished her performance of “Paparazzi” by hanging herself, face covered in blood.

2009: Kanye West with the worst interruption of all time

Completely unsatisfied that Taylor Swift won over Beyoncé for Best Female Video, Kanye West interrupted Swift’s acceptance speech to voice his displeasure and unleashed a feud that has gone on for more than a decade.

Blue Ivy’s award show debut came in 2011 when Beyoncé announced her pregnancy in the most public of ways: by whipping open her jacket at the end of her performance of “Love on Top” and declaring, “I want you to feel the love growing inside of me!” while rubbing her baby bump.

Former twerk queen Miley Cyrus shook her ass all over Robin Thicke during their “We Can’t Stop”/”Blurred Lines” mashup and totally abused that poor foam finger. While Cyrus took a ton of heat for the performance, Thicke tried to distance himself from it, and managed to come off far more sexist than his song. He hasn’t had a hit since, but Cyrus is still going strong in her new rock era.

2015: Justin Bieber gets incredibly emotional after his performance

Justin Bieber became noticeably emotional following his performance of “What Do You Mean.” It was a major return for the young pop star, who has since disclosed his struggles with fame at such a young age. “It was just so overwhelming for me,” Bieber later shared with Jimmy Fallon on The Tonight Show. “I just wasn’t expecting them to support me in the way they did,” Bieber said of the audience.

After winning the Best Hip-Hop VMA, rapper Nicki Minaj had a little message for host Miley Cyrus. Displeased by what Cyrus had said in an interview, regarding Minaj and Taylor Swift’s past public feud, the “Anaconda” rapper finished her speech by saying, “Back to this bitch that had a lot to say about me the other day in the press; Miley, what’s good?” A memorable moment, to say the least.

2016: Drake basically admits he’s been in love with Rihanna

At the 2016 MTV VMAs, Drake presented the Vanguard Award to Rihanna, a longtime collaborator. During his speech, which you can watch above, Drake let slip that Rihanna is “someone I’ve been in love with since I was 22 years old.” Naturally, fans screamed and cheered at the admission, while Rihanna was seen slightly rolling her eyes. Upon handing over the award to the multi-hyphenate talent, Drake seemingly went in for a kiss.

Cardi B is a rapper who’s definitely into theatrics. But when it comes to actually bringing her newborn baby onto the MTV VMAs stage, she decided to get a little cheeky. Cardi gave birth to daughter Kulture, whom she shares with husband Offset, in July 2018 — just months before the MTV VMAs. When it came time for her to open the show, she decided to get a little playful, bringing a fake baby on stage with her. It definitely caught some people off guard, until it was clear that Cardi did not, in fact, have Kulture in her arms.

Missy Elliot’s towering career deserves all the praise, and at the 2019 MTV VMAs, she earned it. The artist received the Video Vanguard Award and shared in her speech how monumental the moment was. “This Michael Jackson Video Vanguard Award means so much to me. I have worked diligently for over two decades and I never thought that I would be standing up here receiving this award,” she said.

The Black Eyed Peas’ 2020 MTV VMAs performance definitely lit up the show — literally. But while the three remaining members — will.i.am, apl.de.ap, and Taboo — gave fans a lot of nostalgia with the performance of their 2009 hit “I Got A Feeling,” Fergie’s absence was definitely felt, and it wasn’t long before she was trending on Twitter.

A version of this story was previously published in 2017.