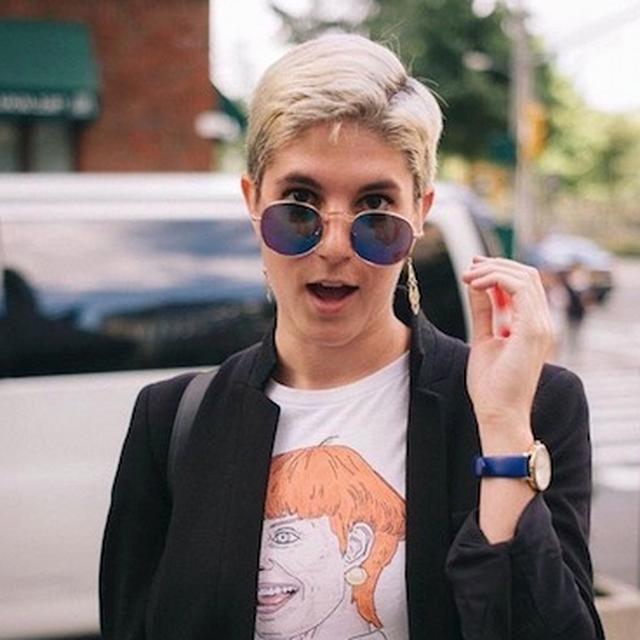 I love New York, and today I'm announcing my candidacy for governor. Join us: https://t.co/9DwsxWW8xX pic.twitter.com/kYTvx6GZiD

“I love New York. I’ve never lived anywhere else,” Nixon said in her announcement video. “But something has to change. We want our government to work again, on health care, ending mass incarceration, fixing our broken subway. We are sick of politicians who care more about headlines and power than they do about us. It can’t just be business as usual anymore.”

Nixon will run against incumbent Andrew Cuomo in the primaries for the governor’s seat. Voters will decide in September 2018 who the Democratic candidate will be and in November 2018 who they want to see in this position (the winning Dem or the GOP primary victor), so make sure you’re registered to vote, New Yorkers. Nixon wants your vote!

Original story, published Aug. 6, 2017: If one character from Sex and the City were to run for public office in New York, who would it be? Miranda Hobbes, played by Cynthia Nixon.

More: 25 Sex and the City Quotes That’ll Make You Want to Rewatch the Entire Series

In true Miranda fashion, Nixon is fully considering a 2018 primary run for governor of New York against Governor Andrew Cuomo. According to The Hill, Nixon has expressed her disapproval of Cuomo before, specifically in an op-ed she wrote this year for USA Today that blasts his education policies. Her distaste for his politics has brought her to a full get-up-and-do-something-about-it attitude, and we’re living for it.

Nixon, who just won the 2017 Tony Award for Best Actress in a Play for The Little Foxes and who reached peak popularity as crowd favorite Miranda on HBO’s hit show Sex and the City, has been politically active for years. In an interview on The View, Nixon summed up her issues with the six-year governor. “Basically, Gov. Cuomo is shortchanging the children of New York state,” Nixon said. “He is not against public schools, but he doesn’t like to pay for them.”

Nixon has also even gone as far as to say, “These are policies we expect from Betsy DeVos, but from Andrew Cuomo?” Comparing a mostly Democratic politician to one of Donald Trump’s cronies in the White House, especially one who has been criticized for her lack of understanding of the actual job at hand, could strike a chord with voters.

As Cuomo prepares for his third campaign for the governorship, the Democrat’s team seems a bit shaken. In a statement following Nixon’s criticisms, Bill Murlow, Cuomo’s 2018 campaign chairman, looks to pull at strings about his candidate’s work in office thus far. “Governor Cuomo has the strongest progressive record of any elected official in the country — period — and we look forward to building on that record in the third term.”