It’s Annie Hall‘s 40th anniversary today, and boy, oh, boy this rom-com has both aged well and aged not so well. On the plus side, the cast is chock-full of venerated actors (think Diane Keaton, Carol Kane, Jeff Goldblum and Christopher Walken) and the structure still feels inventive and playful. But for all its greatness (and don’t mistake me: I love this film to bits), Annie Hall is so damn dated in its treatment of modern love.

More: Miley Cyrus Is Turning Woody Allen’s Life Upside-Down and We Get to Watch

Annie and Alvy’s relationship is the emotional and narrative core of Annie Hall, and let me tell you something: These two people are so great and so annoying. Alvy is both the sweet geek you can envision yourself settling down with and simultaneously a frustrating, insulting, neurotic jerk who really puts his foot in it when he gets too insecure. Annie isn’t so spotless in her character either. She can be a bit superficial, sharp and sometimes ignorant of other people’s feelings. But she also cares so deeply and loves so hard, is so dedicated to her career and has a vibe of independence around her that the negatives seem to fade away after a while.

Together, Annie and Alvy taught us some big lessons about love and those lessons weren’t always truthful or accurate; 40 years later, those minor inaccuracies have become outright dated lies. Here’s where Annie Hall falls flat after all this time.

1. New York City may drive you nuts, but you’ll find love and yourself if you live there

First off, New York City is a decently great city. In general, yeah, it’s cool, but it’s not the end-all, be-all. Second, why limit yourself to just the New York City dating pool? C’mon, Alvy. That’s a rookie move.

2. Casual sex is just as intimate as sex with a long-term partner

Annie and Alvy start off casually seeing one another before their romance becomes quite intimate. Similarly, Alvy sleeps with his blind date, Pam, when it’s clear that he’s not interested in her; however, Pam seems to like him quite a bit. Annie Hall‘s general approach to casual sex is that post-coitus you can casually chat about intellectual topics and not catch feelings or get wrapped up in the moment. It’s all very clinical in Annie Hall, and that’s just not how sex is IRL.

4. Men only want to sleep with women

More: Diane Keaton Declares She Has Fallen in Love With Amy Poehler

5. Breakups will definitely be amicable

The first time Annie and Alvy break up, it’s mutual and it looks like so much fun. This is just massively untrue in real life. I can promise you that more than one breakup in your life will not leave you casually laughing as you divvy up your possessions before moving out of your ex’s apartment.

6. Women are usually the problem in a relationship

Alvy very rarely wonders whether he’s actually the problem in all of his failed relationships. He’s always quick to wonder what was wrong with his ex-wives or even get critical of Annie at certain points. In reality, you may be more prone to look at yourself and your choices in a string of failed relationships as opposed to blaming others.

This isn’t so much a romantic lie but it really irked me that Alvy thought Annie was a terrible driver. She just knew where she wanted to go and didn’t waste any time about it, so take that, pal. Also, not all women are terrible drivers, and I think we can all agree on that.

8. It’s totally normal to wear a vest and a tie after you play sports

This is a lie out and out. What are you doing, Annie?

9. Women are supposed to mother their boyfriends

Alvy can be a bit of a man-child and he often expects Annie to just listen to his neurotic ramblings and support him no matter what. Women are definitely not babysitters, nor should they be some Freudian stand-ins for the mother their male partners need. Crikey.

10. It’s totally OK to be a smart-ass with people

For all the casual insults and smart-mouthing Alvy does, it’s a wonder he never got slapped. I know it’s part of Allen’s shtick and that we’re supposed to find it charming, but the little comments here and there really build up after a while. You know that if you did that in the real world, you’d get told off immediately.

11. You can change for a man and you’ll feel OK doing it

Alvy makes no bones about strongly encouraging Annie to take adult education classes and even subtly hints that she may not be as smart as he is. He is also seen regularly attempting to coerce her into having sex and forcing her to abide to his quirks, like being able to see a movie right when it begins and not walking in late. They’re small things, to be fair, but those minor pushes to get Annie to align more with Alvy’s behavior rather than meet in the middle are so not cool.

All these weird lies aside, I will probably always have a soft spot for Annie Hall. Fourty years old looks good on you, kid. 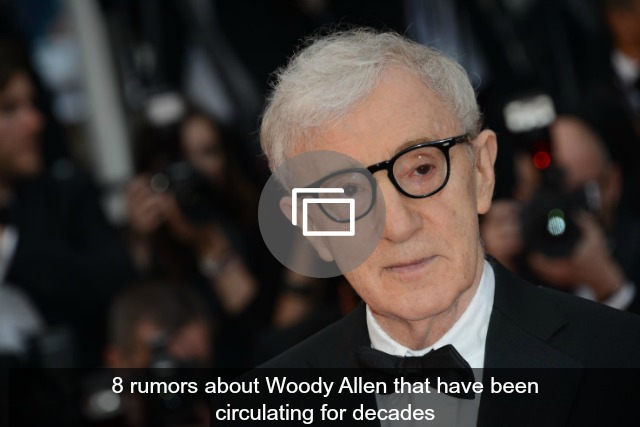