While his middle-aged attorney/dad character on This Is Us may seem a little stuffy, don’t let that fool you — Sterling K. Brown is a total surprise thirst trap.

More: This Is Us‘ Chrissy Metz Is the Perfect Combo of Brains, Beauty and Talent

We know, we know. We never would have believed it either. But then he shared a li’l photo on Instagram without a shirt covering up the insanely ripped abs we never even knew were there. Holy Man Crush Monday, y’all.

Apparently, Brown has been beefing up for his upcoming role in the Predator revival, and he’s clearly killing it. Alongside the pic, he wrote, “So, I’ve been working on @the_predator_movie with the wonderful @_trevante_ , & try as I might to believe otherwise…that brother reminds me everyday that I’m 40 years old,” giving a shoutout to his co-star, Trevante Rhodes, and continuing, “Even still…thanks for the inspiration young man. It is greatly appreciated!”

More: Jack’s Death Is Coming on This Is Us Whether We Can Handle it or Not

Followers were as shook as we were, and left all kinds of thirst in the comments, writing things like, “40 and FINE,” “Hot damn” and “I hope your wife makes you sleep on the couch tonight for showing off her goodies… THOT THOT THOT!”

Brown isn’t even the first This Is Us star to get some online attention for being mad fine. In the series premiere, Milo Ventimiglia showed his bare butt, and that was so popular, the show’s producer joked during a press tour that he was going to work Ventimiglia’s (ahem) assets into every episode. Unfortunately, that didn’t happen, so enjoy Brown’s goods instead.

More: Mandy Moore’s Parents Aren’t So Sure About Her This Is Us Character 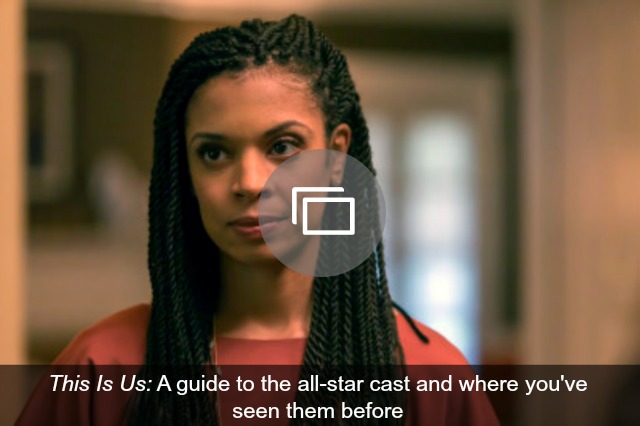