Even while we’re all so divided by so many things, can we all agree on one of them? Chris Brown is terrible. There is no argument against this.

He already has a violent past with several of the women in his life. And now word is out that his ex-girlfriend Karrueche Tran was able to secure a restraining order against him because he allegedly threatened to kill her, telling her and several friends that he was going to “take her out.”

Tran was under oath when she told a judge earlier this month that Brown threatened to shoot her if she wouldn’t get back together with him, and then told a “few people that he was going to kill [her].” This was after Tran claimed he punched her several times in the stomach. He also allegedly threatened her friends and even threw a drink at one of them.

More: Ugh, This Is So Sad — Now Royalty is Involved in Chris Brown’s Latest Arrest

Tran dumped Brown back in 2015, and it says a lot that she’s still so afraid of him that she just filed for a restraining order. The order requires Brown to stay at least 100 yards away from Tran, her mother and her brother at all times.

Just a few weeks ago, Brown posted a video to Instagram talking about stalking his exes to win them back.

“Ladies, y’all be complaining about n***as being, like, stalkers and in love with y’all, kinda crazy and shit and you get tired of it. Well, guess what? I’m one of them n***as! If I love you, bitch, ain’t nobody gonna have you. I’m gonna make you miserable,” he said. “I’m going to chase that n***a out and I’m gonna chase yo ass around, and it’s done.” 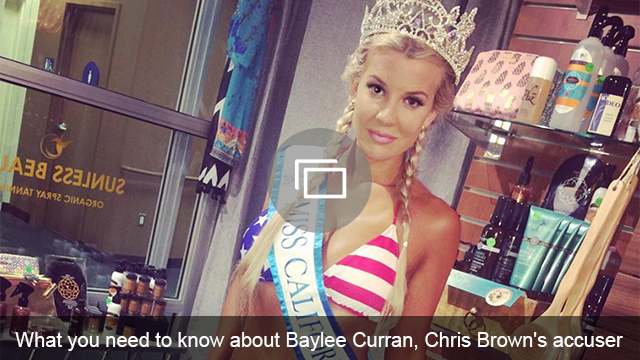