Many music fans felt that Beyoncé was robbed of Best Album of the Year at last night’s Grammy Awards — including the award’s actual winner, Adele — but Ms. Beyoncé Knowles-Carter wasn’t ruffled.

She knew that her performance would be the one we were all talking about today.

More: No One Could Have Prepared Themselves for What Beyoncé Did at the 2017 Grammys

She knew her gold, otherworldly, goddess-like imagery and unabashed celebration of her twin pregnancy would take center stage in all the post-Grammy press coverage.

And most of all, she knew she wouldn’t win the award. She knew, so she made the entire show about her instead. And then she released a song the very next day to keep us talking.

Before we get to the new music, let’s unpack the Grammy snub. Because it’s a big one.

More: Solange Is Low-Key Calling for a Boycott of the Grammys Because, Beyoncé

Elaine Lui of Lainey Gossip has done a fantastic job of breaking down the significance of the loss and of Beyoncé’s reaction: “When you are Beyoncé, widely acknowledged by your peers to be peerless, currently the greatest entertainer among them, the one who keeps moving the targets while they’re still trying to catch up to her old ones, what do you do when they still won’t let you into certain rooms? Well, if you’re Beyoncé, you accept the invitation to their party…and you turn their biggest room into a coronation. She knew they would deny her. So she decided not to deny herself.”

So in the wake of the snub, Beyoncé deftly redirected the conversation away from her loss to her jaw-dropping performance and whether or not the Grammy’s are even relevant anymore.

On Saturday night, they missed the mark in such an obvious way that even other winners remarked on it — and not later or whispered among themselves or on social media channels, but there, on stage, literally breaking awards in half because Beyoncé deserved more than she received.

What’s more, Beyoncé’s performance and her PR strategy for 2017 make it clear that her plans are far bigger than Best Album of the Year. And this new song underscores that.

The song, “Shining,” was released exclusively on Tidal. It’s a track from DJ Khaled’s new album and features none other than Queen Bey and her man Jay Z in their first song together since 2013’s “Drunk in Love.”

And although the track has DJ Khaled’s name on it, “Shining” is a bouncy, beat-heavy celebration of the Carters: their wins, their twins and the undeniable power of Beyoncé herself.

Ms. Carter opens the track with a sly nod to her success as well a gentle warning to those who might try to rein in her efforts:

And in a move typical of Beyoncé — always three steps ahead of the rest of us — her lyrics on the track seem to reflect upon her professional trajectory, the conversation being had about her career and her plans for 2017.

Petty, petty, petty, I’ve been winnin’ steady
Yoncé, Yoncé all up on your grill, lil’ boy
Poppin’ off, back to my thought, yeah boy
Came out ’97, winnin’ 20 years, boy, oh
All of this good, I don’t feel bad for it, yeah
When you see me smile, you can’t be mad at it, yeah

Bey’s put in the work and she’s not ashamed to admit it. On the contrary, she’s proud of it. She knows Lemonade was the best goddamn album of the year. We all know it. But this world of ours doesn’t like ambitious women — especially not ambitious women of color who can sell out stadiums, speak up for civil rights and skillfully transcend genres.

More: Beyoncé’s Lemonade Is About So Much More Than Jay Z Cheating on Her

She’s been working hard and we’ve seen the results. We’ve heard the results. And yet, she’s come up empty-handed. And while we all dismissed Kanye as crazy when he interrupted Taylor Swift on Bey’s behalf back in 2009, I’m starting to think he was right. So, in the absence of official recognition, she claimed the honor for herself.

“Shining” is an upbeat song, but the timing is no accident — with Beyoncé it never is. In the celebration of their respective professional successes and eager anticipation of the birth of their twins (“Ran to the dealer, bought twin Mercedes'” raps Jay Z in the third verse, ” The European trucks for the twin babies.”) one thing is clear: Bey has big things planned for 2017.

Keep watching. This is just the beginning. 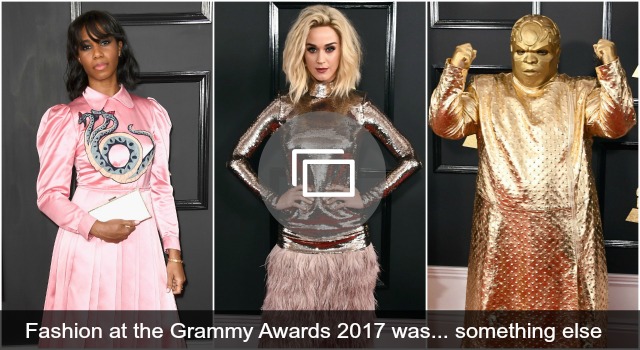