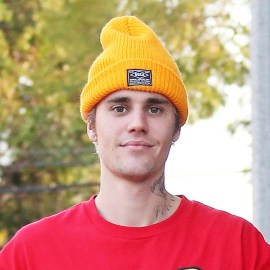 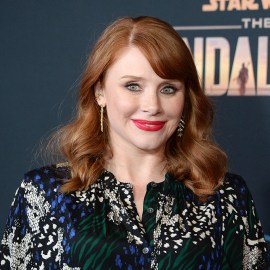 Mariah Carey is obviously blessed with natural talent, but that doesn’t mean this star was born overnight — from growing up in a New York suburb to becoming a reality star, Carey has gone through a lot to get where she is today. And today we celebrate you Mariah, Happy 50th Birthday!

Carey was born on March 27, 1970. Her father was an aeronautical engineer and her mother was a voice coach and opera singer. Her mom knew she was destined for great things and named her after the opera song “They Call the Wind Maria.”

Carey obviously didn’t come out of the womb singing and dancing, but she came pretty close.

“From the time Mariah was a tiny girl, she sang on true pitch. She was able to hear a sound and duplicate it exactly,” her mother told People in 1993, according to Vogue. “I missed my cue [while rehearsing Verdi’s Rigoletto], but Mariah didn’t. She sang it in Italian at exactly the right point. She wasn’t yet 3.”

When Carey was just 15 years old, she started writing with aspiring singer/songwriter/producer Gavin Christopher, and the two recorded the fruits of their labor on crude equipment. When Carey was 16 years old, her older brother Morgan funded recording sessions in a studio for her and Christopher, Marc Shapiro says in his biography Mariah Carey.

After kicking around New York City for a bit, struggling to pay rent by waiting tables and piecing together a demo in her free time, Carey and a friend — fellow singer Brenda K. Starr — attended a party hosted by CBS records. It turned out to be a fateful night when Carey’s demo got into the hands of Tommy Mottola, then president of Columbia Records. Mottola listened to the demo on the way home from the party and instantly signed Carey to his label.

Carey’s life changed forever with the release of her first album, Mariah Carey. The record exploded onto the scene, and its singles “Vision of Love,” “Love Takes Time,” “Someday,” and “I Don’t Wanna Cry” all hit No. 1 on the charts. Carey became the first artist since The Jackson 5 to have their first four singles hit No. 1.

During the 1991-1992 award season, Carey pulled in Best New Artist and Best Female Pop Vocal Performance Grammys for her single “Vision of Love.” Carey also won Artist of the Year, Top Female Artist, Top Pop Artist, Top Pop Album and Adult Contemporary Artist of the Year at the Billboard Music Awards. She sold more than 15 million copies of her first album in 1991 alone.

After her second album, Emotions, was released in late 1991, Carey received praise for improved songwriting, but — at only 8 million copies sold — the effort fell a bit short of her first. The title track did become her fifth No. 1 single, however.

Also in 1992, Carey recorded a set for MTV Unplugged, in an effort to silence critics who were speculating that her talent only translated in the studio. There were whispers saying that Carey was unable to perform live. Obviously, she proved them wrong.

Carey released her third studio album, Music Box, in the summer of 1993. The album has sold well over 30 million copies worldwide. Also in 1993, Carey wed Mottola just before the release of her album.

Carey released Merry Christmas in December 1994 and the rest, as they say, is history. Now the holidays just aren’t the holidays without “All I Want for Christmas Is You” blasting on repeat.

Daydream was a pretty big departure from Carey’s other albums with its significant hip-hop influence, but it quickly became her top-selling album in the United States.

Carey spent 1997 recording Butterfly, and she also sought artistic independence, which is reflected in the title of the album. She experimented with different musical styles, revealed a sexier new image and collaborated with Sean Combs, Mase, The Lox and Missy Elliott.

She also separated from Mottola while recording. Coincidence? We think not.

In 1999, Carey released Rainbow, but the album brought about a very public battle with her record label. She took to her website to leak inside information about her feud with Columbia and urged fans to beg radio stations to play her ballad “Can’t Take That Away From Me,” which she wanted to be a single but Columbia wouldn’t promote it.

After suffering an alleged breakdown in 2001, Carey’s new label Virgin Records pushed back the release of her album and movie, both titled Glitter.

Once both the movie and album were finally released, they were critically panned and not well received by audiences.

Carey appeared opposite Mira Sorvino in the independent film WiseGirls in 2002. It wasn’t her first acting role (she was in The Bachelor and Ally McBeal, along with Glitter), but it was the first opportunity Carey had to really show off her chops.

Carey’s comeback album The Emancipation of Mimi was a huge hit, and “We Belong Together” was a record-breaking single.

Carey filmed the video for the single eight years after her split from Mottola, but there was still some fire in her regarding the marriage — which came through loud and clear when she wore her wedding dress in the video.

“I wanted to burn the train of the dress,” Carey told Vogue in 2015. “It was 27 feet long and Brett [Ratner, the director of the video] wouldn’t let me burn the train! I don’t know what was wrong with him. He didn’t want to set me on fire, but we could have done it in post. I mean, come on.”

Carey continued to record and tour, but she grabbed some major attention in 2009 when she appeared as Ms. Weiss in the movie Precious, which went on to win six Academy Awards. Carey received a ton of praise for her performance and was barely recognizable in character.

In 2013, Carey joined American Idol’s panel of judges as Jennifer Lopez’s replacement. She only lasted one season, however, and said, “It was like going to work every day in hell with Satan,” according to People magazine.

Carey announced her Number Ones residency at Caesar’s Palace in 2015.

OK, so Carey is obviously not going to be on The Real Housewives of Orange County, but she will try her hand at reality TV when Mariah’s World premieres on E! on Dec. 4.

The legendary songstress set her name in stone on Hollywood Boulevard — now and forever on the infamous Hollywood Walk of Fame.

The now icon turned 50 March 27 and celebrated in the studio working on what looks like new music.

Carey took to Instagram sharing a photo of herself captioning, “Starting 327 with a new song 🎙💖 #stayhome.”
Happy Birthday, Mariah! Cheers to you!