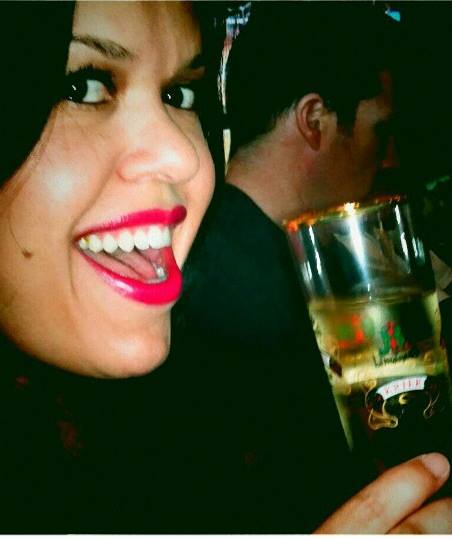 October is Dwarfism Awareness month. What does this mean for those who are not dwarfs and have no understanding of dwarfism? Well, in an attempt to demystify the condition, those of us in the community write articles, teach in schools, and host fundraisers to finance education and medical funds for individuals with dwarfism in our community. It’s a month where we can try to finally stop the discrimination, stop the dehumanizing harassment, and push towards a more equal and enlightened society for ourselves and for our kids.

More: Maureen McCormick on Dancing with the Stars makes me fangirl Marcia Brady all over again

As if the timing couldn’t be more perfect, Dancing With The Stars has their first ever little person competitor this year: Terra Jolé, star of Little Women: LA and Terra’s Little Family. I die a little on the inside every time I have to write the word little (shudder). While I understand DWTS is not at the forefront of education and enlightenment, it is a fun competition show with professional dancers and amateur performers in dazzling costumes. I’m not particularly a fan of the overly sappy backstories, and sentimental performances dedicated to family tragedy, but that’s only because I’m the least sentimental woman on this earth. However the equal treatment of all of the competitors gives us in the dwarfism community a reason to feel well represented with Terra.

And as it turns out, I’ve known Terra since we were kids. As a girl she wanted to be a singer and I wanted to be a dancer. Some 25 years later I have since changed career paths and now work in the pharmaceutical industry while she has continued with her performing and singing with much success. Though our career and life paths have taken us into different directions, I have seen her occasionally over the years at various events, and this year her opportunity to star on Dancing with the Stars has me excited. And envious.

I’ll be frank, yes, I am a bit jealous. Not seething with envy jealous, more like critiquing her technique jealous (woman, point your toes). Since I was four years old my dream was to be a professional dancer (the back-up to Janet Jackson kind, not a stripper by the airport kind). Being able to compete professionally as a dancer was something I strived for every day I pulled on my tights and laced up my jazz boots to practice. It’s funny, every now and then I will run into a parent of a teammate from my high school dance team, and they will inevitably ask me with excitement, “So – how’s the dancing career going?”

More: Ryan Lochte was really excited to be on DWTS — if you catch our drift

And I have to reply, “Oh, nothing ever came of it, unfortunately.”

Undoubtedly they will reply, somewhat shocked, “But why, you were so good!”

“Thank you”, I offer, “Unfortunately discrimination is a difficult thing to overcome.”

In actuality, I even auditioned, twice, for Disney, and was told both times, that “Though you’re one of the best dancers here, I can’t use you because you’re too short.” That hurts to hear.

You see, as a dancer, the key to getting a job is to look the same. You never see a Radio City Rockette under five feet. They must be the same height, same weight, same everything in order to not stand out from the group. No singer/performer needs to be upstaged by a backup dancer who sticks out from the rest of the troupe. It’s why Misty Copeland’s promotion to principle dancer was such a big deal in the ballet world. Her body is not the “typical” body type. And it’s why the selection of Terra to be a competitor with her average size partner is a pretty big deal. Could these atypical body types be the signal of a change we have been waiting for in the dancing community?

So now instead of parents stopping me in the store to ask me about my dancing career, the people ask me what I think about Terra. Since you know, I’m a dwarf, she’s a dwarf, so we must all watch other dwarfs on TV. And these super mega-fans go on and on and on about how “FABULOUS” she is.

And I smile, nod my head and reply, “Yeah, she’s pretty good.”

I continue to smile and nod my head. I mean, what am I supposed to do? Drop my basket of vegetables in the aisle and say, “You think she’s good, check this out” and then launch into a two minute routine, complete with triple pirouette, grand jeté into a double axel, and finish with a series of ‘a la seconde’ turns?

I’m not that pathetic, well at least not in public. Plus I’m rarely ever wearing the proper footwear to accomplish such a feat. Luckily, I’m only bitter enough to reply with, “Well, she should have pointed her toes on the last piece, and when she was supposed to flair her hands, she balled them into fists and that was a mistake too.”

Some have even asked me what score I would give her, and I have to honestly say, “I’ve never given her higher than a seven.” Honestly.

The problem is that many are giving her too much credit for a good performance. This happens constantly when you live in society that doesn’t understand dwarfism or give the proper merit for our work. Our random effort is made into extraordinary effort. A good job turns into something teetering on inspirational. And if we truly accomplish a difficult feat, people sit back slack jawed incapable of a response. And I’m seeing this with Terra’s performance.

I know Marlee Matlin encountered a similar situation on season six of DWTS. Viewers not in the deaf community would ask, how can she hear the music? How will she dance if she can’t hear her partner? Seriously? Marlee probably received her fair share of the sympathy vote.

Do I think Terra is encountering a similar situation? Yes. Is she getting some sympathy vote from the viewing audience? Yes, and that bugs me – because in this competition she needs to be treated as an equal to her fellow competitors. If she messes up, she needs to be given a lower score. Sad back stories and tears should not elevate your score. It’s condescending and it takes away from her hours and hours of practice and work.

More: 5 audiobooks that will make your commute suck a little bit less