After listening to Jesse Williams’ game-changing speech at the BET awards this year, we know that when the man talks, we should be listening. His new public service announcement titled “You Say Vote” just reinforced that fact.

In light of the upcoming election, Williams talks about the importance of voting in his emotional PSA, noting that it’s not just a right to cast a ballot, but a duty. He also outlines all the excuses that people give for not voting and emphasizes that all of them are invalid.

“If someone says, ‘Democracy is a sham, those people don’t speak for me… the system’s rigged,’ you say, ‘Vote,'” Williams says in the video. “Someone says, ‘Well it doesn’t make a difference. This state is red, that state is blue, This thing’s already a lock. You say, ‘Vote.’ Someone says, ‘Hey, I’m making a statement by not voting,’ and then you say, ‘Well I can’t hear it.’

“Democracy is not a sham,” he says. “It’s a job. It’s our job. And it took goddamn long to get it to just let it slide.”

More: Jesse Williams responds to critics who want him fired from Grey’s Anatomy

In addition, Williams reminded viewers to think a little closer to home when making the decision whether or not to vote.

“This is not about the White House,” Williams says. “This is about your house.”

Of course, not everyone was moved by Williams’ PSA. Some YouTube users took to the comments section to air their grievances.

“The fact is, if you live in California, your vote doesn’t count, and will not be heard. If you live in Ohio, congratulations, you’re picking our new President. We’re smarter than you, media. The game is over,” wrote one YouTuber.

Other commenters echoed, “Looks like Hillary’s surrogates are fighting hard, not for her directly, of course, but to combat low voter turnout, which favors Trump heavily. Here’s the problem, Mr. Williams — You can’t fool young people anymore. We grew up in this ‘sham’ of a democracy, and we know exactly what is happening in front of AND behind a camera, at all times,” and “Dumbest shit possible. Only a person totally ignorant to how the voting process works would think it matters. The college electoral literally means all votes can be voided as you don’t vote for a candidate you vote for people to give away your states ‘points’ to a candidate. Those people by the way are completely free to give those ‘points’ to whom ever they choose.Our government is not just rigged it’s obsolete. Voting for any ‘public’ office is a waste. The money is what moves this country and we don’t have it.”

What side of the fence do you fall on? Are you going to vote or do you think it’s a waste of time? 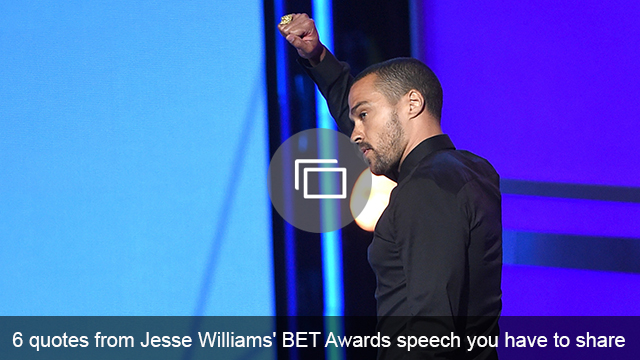