Castle fans were furious when Stana Katic was unceremoniously dumped from the show right before it was canceled, but tonight she bounced back to the screen in an exquisite performance in Lifetime’s Sister Cities.

Let’s get the spoiler alert out of the way right now: This article contains major spoilers for Sister Cities, so if you haven’t had a chance to see it yet, you may want to move along.

Lifetime’s latest flick is based on the highly acclaimed play of the same name by Colette Freedman, and it focuses on four sisters dealing with the death of their mother. Katic plays eldest sister Carolina, who has always been forced into the role of the responsible one while their free-spirited mother flirts her way from man to man.

Their mother’s death brings the estranged sisters back together again, but only one knows what really happened: She was in the end stages of ALS and had convinced the third sister, Austin, to help her commit suicide. Slowly, the others begin to piece together what happened, and Carolina is appalled — that is, until Austin gives her a taste of the disease her mother was living with.

Though Sister Cities was filmed before Katic was fired from Castle, it proves that the outrage of her fans in the wake of that news was justified. Katic delivered a beautifully nuanced performance, and her character’s arc was one of the most interesting parts of the film.

And by the looks of Twitter tonight, we’re not the only ones who think so.

What did you think of Katic’s performance in Sister Cities? Tell us in the comments below! 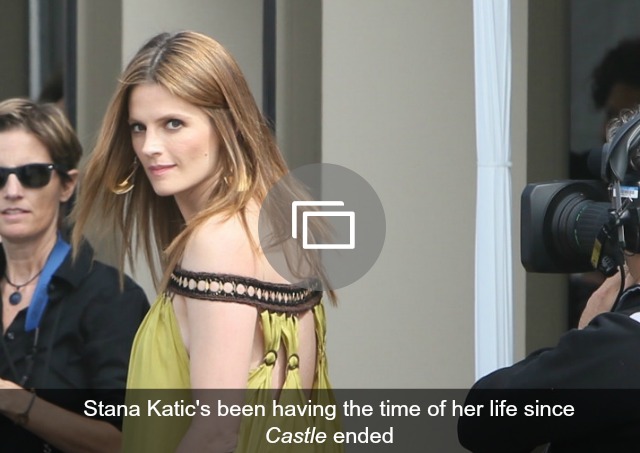