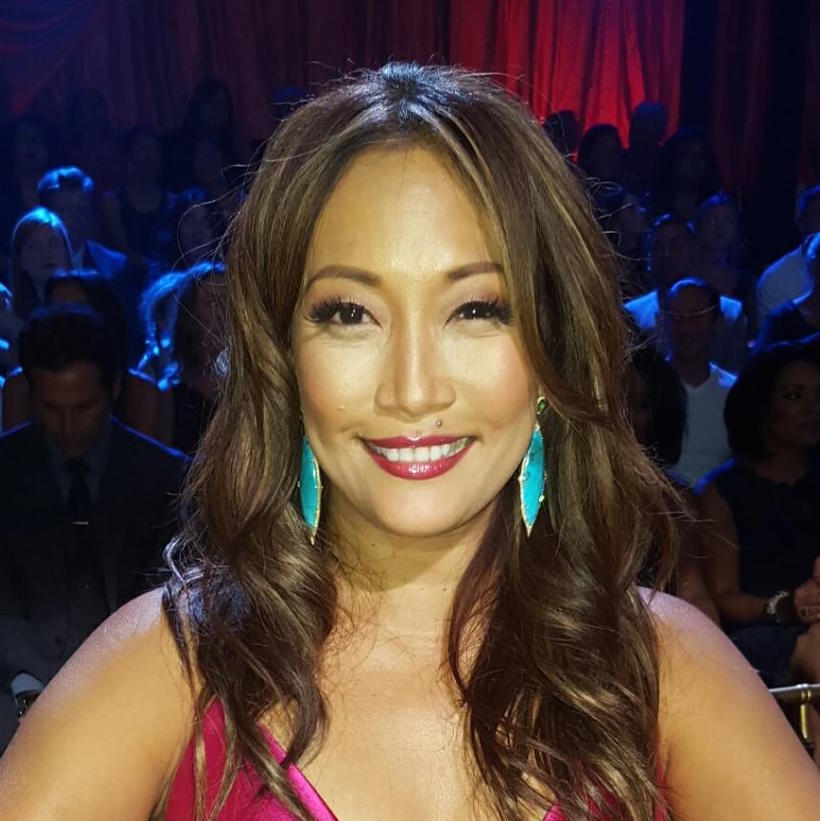 Wow. What a night it was on Dancing With the Stars! I can’t believe we are starting our 23rd season. The cast and crew have been busy all week getting the stage together and preparing their dances for opening night. It has also been a busy week for me: choosing gowns, getting looks together for the season and presenting at the Creative Arts Emmys with Chris Parnell — which was something new for me. But before we go into that, let’s talk about…

Lochte danced with Cheryl Burke (who has returned after quite a long hiatus), and while he wasn’t incredible, he showed up and truly gave his best. His body has been trained for swimming, and being upright in a ballroom hold is something very different for him. He will have to work hard against his own muscle memory to win our shiny mirror-ball trophy. But that’s the beauty of DWTS — It’s a level playing field for all who dare to dance. And Lochte did that.

More: Dancing with the Stars got scary very quickly for Ryan Lochte

Here’s what you didn’t see: While I was giving my critique of his dance last night, two men wearing white T-shirts with “Lochte” crossed out across the front slowly started walking across the stage — downstage of Tom Bergeron and Lochte — toward the judges’ table and cameras. I think they just wanted their faces and shirts to be seen by the millions of people who watch our show; they wanted to voice their opinion of Lochte live on TV. America gives us the right to have free speech — we are very fortunate for this.

But there is a time and a place to exercise that right, and it is not during a television show that hundreds of people have worked very hard to put together. That’s why I believe the cameras never showed them; we didn’t give them the airtime they desired.

Sure, the final product made me look like I was having some sort of episode by myself, saying, “Excuse me!” but I was trying to let security know there were people on the other side of the stage who shouldn’t be there. I was looking in the opposite direction of everyone else so I saw them first, walking right toward me. It was a bit unnerving. As the men got closer, I knew something was wrong, so I alerted security by saying, “Excuse me” and “Back off!”

I knew that no one else was seeing these men, but I realized that they were up to no good. Our team quickly handled them and removed them from the ballroom. I cannot say for sure, but I believe the “hecklers” were wearing jackets over their “Lochte” shirts until he performed. Luckily, they got no airtime and everyone was safe. After they were removed, I looked up and saw a few women with the same shirts on. Derek Hough also saw them and pointed them out to security during the commercial break, and we had them removed as well.

More: Ryan Lochte wants DWTS to fix his image but Hope Solo fans aren’t having it

Our show has a first-class security team, and we are all family. We take care of each other. I am grateful for our team, and I’m grateful no one was hurt. I felt bad for Lochte in that moment because I realized the Rio Olympics incident will always follow him, but it’s important for everyone to know that it’s not the DWTS judges’ job to judge other people — but only to judge performances. Lochte is just another contestant on our show and will only be critiqued for his performances on the ballroom dance floor. I hope that there is some solace and safety in that for him, and that he will be comfortable enough to remain on the show. It’s my hope he will work hard like everyone else and stay focused on the task at hand, which is to learn how to dance.

Now, let’s go back to focusing on the premiere episode

DWTS is a show that encourages people to congregate, sit on the sofa with their friends and family and enjoy some good entertainment! The premiere was more than just the “Lochte Incident.” We had some stellar performances by James Hinchcliffe and Sharna Burgess, Laurie Hernandez and Val Chmerkovskiy, and Terra Jole and Sasha Farber. BabyFace Edmonds and Allison Holker — along with Vanilla Ice and Whitney Carlson, Marilu Henner and Derek Hough — gave good showings and impressed us all as well. We also got to know a few new folks who still have lots of time to improve.

The premiere was more exciting than anyone could have imagined, and the shining stars at the end of the night, Val and Laurie, really helped to lift the mood in the ballroom after what was a really uncomfortable situation. I think DWTS has a responsibility to be entertaining and to be a place for positivity. There is enough going on in the world right now that makes the DWTS ballroom a sacred space — a place where we try to keep it heartwarming and fun, inspiring and entertaining.

I will be blogging here on SheKnows all season. Aside from DWTS, I will also talk about personal things and beauty and fashion because I like to share my thoughts on more than just the dances.

More: DWTS literally has the craziest roster of contestants this season

Speaking of fashion, last night I was wearing a cheerful pink Monique Lhuillier gown (which had pockets — I love, love, love pockets! ) and some incredible jewelry from Jared Lehr, who I am quickly becoming a huge fan of.

I don’t consider myself a fashion superstar, at all; however, I do love incredible jewelry. I often try to choose a clean, simple dress that we can accent in a unique way with the jewelry. I love finding special pieces to wear in my personal life or on the show. Jared Lehr is a newer jewelry designer (though he is the son of Sam Lehr), and I have the good fortune of being able to wear a lot of incredible pieces on red carpets and on our show.

Sunday night I got to wear a really special Tadashi Shoji white and black floral column gown to present at the Creative Arts Emmys (which will air this Saturday) with some stunning jewels by Le Vian, Mattia Cielo and Maxiór Joias.

Those pieces are one-of-a-kind, and designed to empower women to show off their own style. I love anything that is designed with the intent to empower women and showcase our strength. As people say, designs are like wearable art, and they were indeed empowering to wear. So, thank you to the designers who dress me and allow me to enjoy their incredible artistry!

I also wanted to give you a sneak peek of my Emmy’s dress for next week. I’m excited to wear this dress:

Thanks to my stylist Jen Rade; I had so many beautiful options and it’s not always easy to dress me because I am not a size 2 or a 4! I’m a size 6 to 8 in real life, and not everyone likes to dress my size, but Jen always gets the best dresses for me and I’m grateful to all the designers who work with me and my “real woman” curves, which I’ll talk about more in future posts… Until then!