Can you believe Kate and Jon Gosselin’s twin daughters Cara and Mady are now 15? The pair has seriously grown up since first appearing on Jon & Kate Plus 8 alongside their sextuplet siblings and are now getting serious about their relationship with their father in a brand new interview.

More: Jon Gosselin’s upset someone spilled the beans about his T.G.I. Friday’s job

In the latest issue of People magazine, 15-year-old Mady wasn’t afraid to call her dad out for how he talks about his children to the media.

Kate Gosselin and her 8: 10 years later–I wish I hadn't melted down as much https://t.co/0iledgjVmO pic.twitter.com/RK4DJMXdwJ

Jon has spoken negatively about his children publicly and claimed that he doesn’t have a say in which kids he gets to see.

“If the kids want to come, they come. I love them all, but I am going to focus on the ones that want to come,” he told Yahoo. “My hands are tied.”

More: Jon Gosselin may not be the kind of parent you think he is

When asked about their father by People, both twins had strong responses, but Mady laid it all out there, letting the world know how she really feels about her father.

“I wouldn’t even know what to say about him,” Cara said.

“Here’s how I feel about this… this year I’m going to turn 16. I’m going to be learning to drive, taking the PSATs, thinking about college… so much is going on in my life,” Mady said. “And the last thing I have time for is a toxic relationship.”

Wow. Mady also expressed her frustrations with how Jon talks about his children in interviews, saying, “He makes it seem like we’re being kept from him, which is insane.”

She went on to say, “He should maybe spend some time thinking about why we don’t want to see him, and maybe realize that if he ever does want a relationship with us, talking about us on TV is not the way to make that happen. He doesn’t even know us — how can he dare to talk about us?” 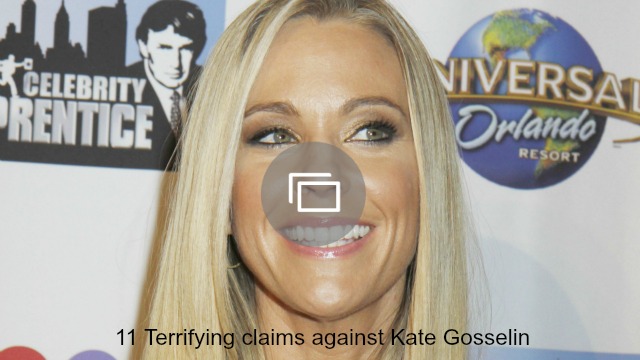