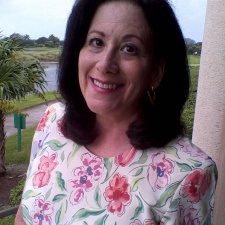 You want to be more like a Hollywood celebrity? Well, maybe not like all celebrities. But how about like those who support green causes? Or like those who speak out against pollution and waste? These celebrities impress me because they are doing more than writing a check or showing up at some charity fundraiser. They are taking action. They are educating themselves about sustainability and bringing change to their own lives. They are teaching their children — and others by example — to value the physical environment and protect it in the future. I find myself drawn to this topic because I am similarly concerned for the generations to come. What will be our legacy to them regarding planet Earth?

You can do this. Just look at these six eco-warrior actors and singers for inspiration.

Ride a bicycle to the Academy Awards? Who does that? Ed Begley Jr., that’s who. The Better Call Saul actor is well-known for his commitment to the green lifestyle. He puts his name and reputation behind many projects, including Begley’s Best biodegradable cleansers.

Leo sets the bar high when it comes to funding environmental initiatives. Since 1998, he has donated millions of dollars for the protection of endangered wildlife, land and ocean ecosystems. He spoke candidly before the United Nations General Assembly about the dangers of climate change.

A leading lady and Aussie native, Cate installed rooftop solar panels and water-conserving shower heads at home and uses gray water for gardening. She donates her time to filming public awareness commercials and serves as ambassador for the Australian Conservation Foundation.

This popular actor protests against GMOs and hydraulic fracturing. “There is no fracking that can be done safely,” he says. “We are at the precipice of a renewable energy revolution. We have the technology to shift to renewable energy, and we have the will of the people. The only thing that’s keeping us back is the fossil fuel industry’s hold on our political system.”

The Divine Miss M is the founder and force behind the New York Restoration Project. She and her volunteers converted more than 50 trash-filled and neglected spaces across the five boroughs into green community gardens that are now maintained by the local residents. Last year, NYRP reached its goal of 1 million new trees planted.

When this Dark Angel became pregnant with her first child and learned about the toxins associated with everyday baby products, she didn’t just get mad — she co-founded an empire. Alba’s The Honest Company brand now sells baby and personal care products to millions of customers globally.

OK, so you don’t have millions to start a company or a charity foundation. But here’s what you can do:

See? Not so hard.