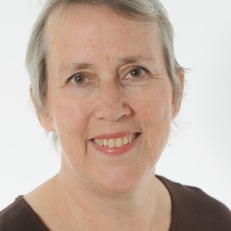 It’s August — the heat and humidity are permanently stuck on high and the kids are restless. What better time to crank up the A/C, throw some popcorn in the microwave and binge out on some quality Netflix shows?

Aziz Ansari co-wrote, co-produced and stars in this delightful comedy-drama series about the love life of a 30-year-old actor in New York City. The American Film Institute selected this show as one of the 10 most outstanding TV programs of 2015. It is funny, heartfelt and very much worth your time. Aziz is a talented, warm and kindhearted comedian, unlike some of his more aggressive peers, which I very much appreciate.

OK, the writing is pedestrian, the central plot unlikely, but it’s worth it to see these two mega-stars, Jane Fonda and Lily Tomlin, perk up this otherwise mundane comedy series. Purely a guilty pleasure. I won’t tell anyone you watch if you don’t!

This hysterical comedy stars Ali Wong, who taped this very funny show she wrote herself and helped produce while seven months pregnant! Tough, frank and just a little bit naughty, it’s right on target. Most enjoyable!

(The rest of these shows I haven’t had time to see all the episodes yet, but I have screened the trailers and researched them carefully. I hope you watch them soon since they all look terrific.)

This wonderful rendering of the classic children’s tale is beautifully animated and was a final selection at Cannes Film Festival. It has top reviews on the Netflix site and is sure to please the entire family.

More: 13 British crime shows that are even better than Law and Order: SVU

This is a fascinating documentary about golf even non-athletes will enjoy because all the phenomenal golfers are under age eight! Winner of the Audience Award at the SXSW Film Festival, this inspiring, entertaining film about Pinehurst will inspire and delight. Beautiful cinematography as well.

My 22-year-old daughter said this frightening and popular new Netflix original series was terrific, but I have yet to grow a pair and be brave enough to watch it. I will take her word for it — she is usually spot on in her opinions. Winona Ryder and Matthew Modine are in the impressive cast, which has five stars on Netflix reviews as of this writing. I really am sorry I’m such a wimp. I couldn’t even get through the trailer, but if it’s scary you’re looking for, there you have it!

This excellent drama re-teams Ellen Page and Allison Janney, both who were so wonderful together in Juno. Tallulah was an official section of the 2016 Sundance Film Festival and is a stirring tale of a down-on-her-luck woman who, in a split second, decides to steal an alcoholic, clueless mother’s baby. You’ll laugh, you’ll cry, you’ll renew your Netflix subscription!

How I love those English accents on top-shelf British-imported shows like this! This riveting crime drama series follows a divorced woman’s pursuit of a serial killer while her unhappy marriage sadly unravels.

Fantastic-looking series of a Japanese fashion industry worker who struggles while working for a demanding boss in the high-end lingerie trade. Sort of like The Devil Wears Prada set in Japan. (Also known as Underwear in some regions).

This series about the music industry looks most intriguing. It’s about young people growing up in a tough Bronx neighborhood in the ’70s amidst the birth of hip-hop music. Plenty of advance buzz about this one. It might just be the thing to get you through these hot, sultry summer days.