Sarah Michelle Gellar has never been too open about her political beliefs, but it’s no secret the Buffy actress has, for the most part, leaned Republican.

More: Meet the powerful women of the #BlogHer16 Experts Advisory Board

In the current election, however, that’s changed. At this year’s BlogHer conference, Gellar — a keynote speaker at the event — revealed during a speech that she’ll be voting blue this year, and for a very important reason.

When asked whether she watched the Democratic and Republican national conventions and what her thoughts were, Gellar had this to say: “I watched it all, I think it’s a very important time for our nation. It is a very tricky position to be in, in terms of, I have respect for both parties. People are allowed to have different viewpoints.”

But when it comes to which candidate she’ll be supporting, Gellar said she was influenced by her 7-year-old daughter.

“I am incredibly honored that my daughter lives in a time where she sees that a woman can possibly be President. I think that’s really important for daughters to understand that,” she explained. “Look it’s hard, both parties buy my prodcuts, you know what I mean? That being said, I’m with her. I have known that family for a very long time. I believe that, you know, that there’s a lot of change that can be made and like I said, I’m incredibly proud to be able to look at my 7-year-old daughter and when she says, ‘Mommy, one day can I be president?’ I can honestly say to her, ‘Yeah, there’s a chance that you could,’ which is not something that my mother could say to me when I was that age. I think it’s all about shattering that glass ceiling and understanding that, ya know, we can change the world. Women can, men can, but we all have to work together as a team to do that.”

Still, Gellar recognized the difficult choice that many Americans will face when they head to the polls in November.

“It’s a difficult time, it’s definitely a strenuous time for our country — for the world — but I think that — through being open-minded and respectful — having those difficult conversations are important, but I think the most important thing that everyone needs to remember is to respect everybody’s opinions whether you’re a Republican, a Democrat, an Independent, whether you’re for Bernie or whatever it is,” she said. “We have to work together as a country, as a team. That was how America was built, was for the people. It was to get away from being an oppressive… There was no King, there was no I. It was a we, and I worry that so much of what’s happening now is so negative and I wish it could be in a more open and positive space.”

Do you agree with Gellar’s thoughts on the election? 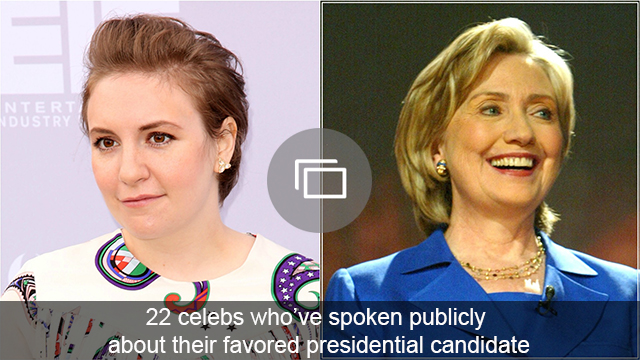