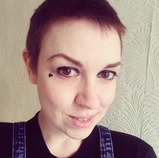 Judging from recent, racy Instagram pictures uploaded to her account, Modern Family‘s Ariel Winter isn’t just eager to show ex-boyfriend Laurent Gaudette what he’s missing, she’s also eager to advertise her newfound availability. But should we be concerned about how overt Winter is being with her sexuality?

If there’s one thing that has always helped a person to get over a love affair gone wrong, it’s strutting about town looking absolutely fabulous and possibly finding somebody new to distract you from that lingering sting of recent heartbreak. In this social media-savvy age, doing so has become easier than ever. Now, people are able to upload sultry “I’m over you” selfies without even having to leave the house, and they can advertise being newly single by simply making that loud relationship status change on Facebook. What a time to be alive, my friends. And one young woman who has recently used these liberating privileges is Ariel Winter.

In the past week, the beautiful and talented Winter has posted a set of revealing images on her Instagram that openly celebrate her sexuality and also advertise the fact that she’s now single. In one video, Winter is shown lying back on a chair and provocatively pouting, saying, “I just got wired… and now my wire is just chilling here,” before moving the camera down to show her toned midriff and a microphone wire hanging above a pair of unbuttoned hot pants. Another simply shows a full-body selfie in the same outfit (and yes, those hot pants are still unfastened), before a follow-up post declares, “When you’re surprised that people just haven’t gotten it yet…” above a screen cap of Kim Kardashian saying, “I’m like dropping hints that I’m single.”

https://www.instagram.com/p/BHAsk8YkxZs/
Well, honey, there’s dropping hints about being single and then there’s dropping anvils about that fact. While women should most certainly be supported in celebrating their bodies and their sexuality in whatever manner they choose to without being shamed for it, there is something ever so slightly troubling about the manner in which Winter is currently going about it. Selfies can, of course, be incredibly empowering for women, but by framing them around a frustrated “I’m single!” disclaimer, Winter is only reinforcing the idea that hers may only exist to titillate a specific man, or men, and that’s incredibly disheartening.

More: Ariel Winter doesn’t deserve the hate she gets on her Instagram pictures

Considering that Winter chose another provocative image of herself in a tiny bikini (where her ass is clearly the main focus of the picture) as a way of celebrating having 2 million followers on Instagram, it feels as though she’s choosing a very specific path for herself, and it’s a little concerning. After all, there’s nothing remotely empowering about these images, and worse, they feel typical of a teenager who has confused becoming an adult with being hypersexual. The pictures possess a certain misguided immaturity that many teenage girls excitedly experience as they navigate away from childhood to adulthood, sometimes making mistakes with experimentation in the process. What is most worrying for an actress like Winter, however, is the fact that in Hollywood, this behavior can sometimes act as a precursor for a meltdown.

https://www.instagram.com/p/BHIvIbvjT1W/
It was at around the same age, for example, that Lindsay Lohan began displaying concerning behavior, with provocative pictures of her posing sexily with knives being leaked to the press. This also followed a tabloid frenzy of stories of her alleged party-loving ways becoming more and more commonplace, which eventually swamped her public persona and the talent that she genuinely had. Though Winter is currently nowhere near this same level (thank God), the child-star-gone-wild cliché is clichéd for good reason; celebrities who have grown up in the public eye often seem eager to leave behind the pressure of being a wholesome, well-behaved child star and as a result, end up diving into the deep end of adulthood before they’ve even learned how to swim. These behaviors can be destructive, yes, but they can also completely distract from the gigantic potential of the celebrity in question, and Winter currently has much more potential than these recent selfies are giving her credit for.

As a result, it would be a terrible shame to see Winter continue down this path. While there’s nothing wrong with a young woman positively celebrating her independence and sexuality, it only feels like a positive, self-affirming act if she’s doing it for her and not for any man who would exploit these facts. Hollywood can be precarious and even dangerous for young starlets who are this eager to prove their sexuality as being just as big a selling point as their intelligence and their talents are, and Winter would be a fool to promote this about herself in the way that her recent Instagram posts are implying. There’s no denying that she’s beautiful and has the sort of body that I would be proud of showing off myself (if I had it), but boy, does she need to dial it down a little.

There’s a time and a place for seductive, provocative self-exposure and when done correctly, those kinds of selfies can slay in a way that is positive and strong. But done wrong, and laid on this thick, you end up distracting from your core selling points. For Winter, she has far more to offer than her sexuality, and her social media should reflect that. Show us talent, show us personality and even show us mundane, but girl, don’t dilute yourself. Considering that Winter is at the beginning of what could be a big, bright career, it would be a shame to see her distracting from that by presenting herself so superficially. Women deserve better than to use their sexuality as the apex of their selling point, and it’s time we taught all young, talented women that that’s definitely the case.