The BET Awards is about celebrating black culture, and while the celebratory mood reigned supreme at tonight’s awards, there was also a tinge of tone-deaf racism that was staggering to say the least. The extremely unsettling moment happened when Fat Joe, Remy Ma and French Montana hit the stage to perform their summer hit “All the Way Up” with a team of Asian background dancers dressed up as Japanese geishas — a gimmick that had nothing to do with the song whatsoever.

To be fair to the artists, the official music video for the song also features Asian dancers dressed in loose kimonos, so the performance was at least true to the video. But that doesn’t erase the fact that on a night of celebrating black culture, there were Asian women dressed in Japanese-inspired outfits and used as props on stage for reasons that are unclear. As for the performers, none of them were dressed particularly on theme save for French Montana, who wore a traditional Chinese-inspired shirt. So, for those keeping score at home, not only did the performance use Japanese culture as props and backdrops, the theme was so unfocused that it didn’t even specify an Asian ethnicity or specific national culture. The song, aside from having a vaguely Asian-ish beat, doesn’t appear to have any connection to Japanese (or Chinese) culture, nor do the artists. And the odd juxtaposition of “All the Way Up” with the Asian-themed performance, as well as the obvious cultural appropriation, did not go unnoticed by audiences at home.

Cultural appropriation is practically a given in the music industry, whether it’s people critiquing Miley Cyrus at the VMAs or Iggy Azalea’s entire career. This performance stood out because the cultural appropriation wasn’t about the music — it was about bodies. “All the Way Up” used Asian bodies as a backdrop, not because of the song but because of the exotic appeal. From the sloping tile roof set design to the dancers and the red light, the Asian-style performance was a gimmick, pure and simple.

More: Ray J’s over-the-top behavior at the BET Awards was alarming but not unusual

The most shocking aspect of the performance was that no one at BET thought to say that maybe they should rethink their approach. The commodification of Asian culture and Asian bodies, particularly female bodies, is still acceptable — and perhaps even popular. It might sound unfair and naïve, but I expected more from an award show so set on celebrating black culture — a culture so used to being marginalized by mainstream, white pop culture.

Fat Joe, Remy Ma and French Montana are not the only stars to use Asians as props in musical performances. In 2013, Katy Perry opened the American Music Awards with an unsavory, geisha-themed performance of “Unconditionally.” That same year, Selena Gomez upset Hindu activists when she wore a bindi to perform “Come and Get It” at the MTV Movie Awards. Those performances came under fire, though not quite as loudly as one might hope, and it’s clear that any criticism of Gomez or Perry went unheard by the rappers behind “All the Way Up.” I can only hope they will hear this now and maybe take a second to think about what they’re doing the next time they want to throw an Asian-themed party.

What are your thoughts on the performance? Let us know in the comments below! 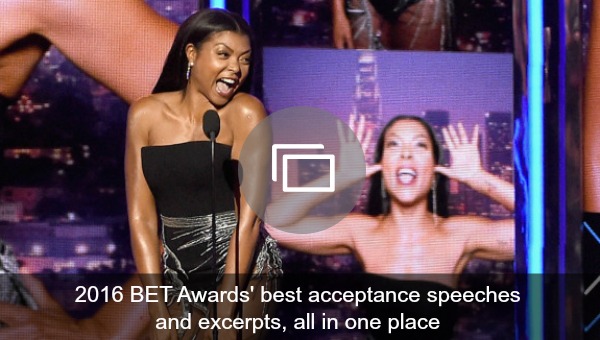