Ah, James Corden. Few Broadway stars can be suave, funny and inspiring all at the same time, but he makes it look easy. This was a particularly tall order tonight, during an awards show that everybody expected to be somber. Who else could tread the fine line between putting on an entertaining show and paying homage to the many victims of this weekend’s massacre in Orlando?

In short, he was amazing. His opening number was chock-full of beloved Broadway tunes, but the best part arrived when he highlighted the diversity on Broadway. He gave shout-outs to several minority groups that — despite being marginalized pretty much everywhere else — are welcomed onto the Broadway stage with open arms. The goal was to convince young kids with big dreams that they will be accepted on stage, regardless of their gender, ethnicity or sexual identity,

Perhaps the most notable shoutout occurred when Corden mentioned transgender youth. This has recently been a very contentious topic, so it was nice to see Corden go out of his way to welcome transgender kids and teens who feel incredibly marginalized these days.

Corden’s number was clearly written and rehearsed long before the incident in Orlando. The inclusive message would be powerful under ordinary circumstances, but it was all the more impactful after such a terrible weekend. Following the performance, Twitter buzzed about the relevance of Corden’s shout-outs, as well as the general awesomeness of seeing him loud and proud on stage.

I am so, so happy that James Corden was chosen to host the Tony Awards this year. Few things make me happier than seeing him take the spotlight, but it’s that much better when he’s sharing a much-needed message of acceptance. I hope that the many kids watching him at home are inspired by his welcoming words and encouraged to continue their forays into the world of theater. The more diversity on Broadway, the better! 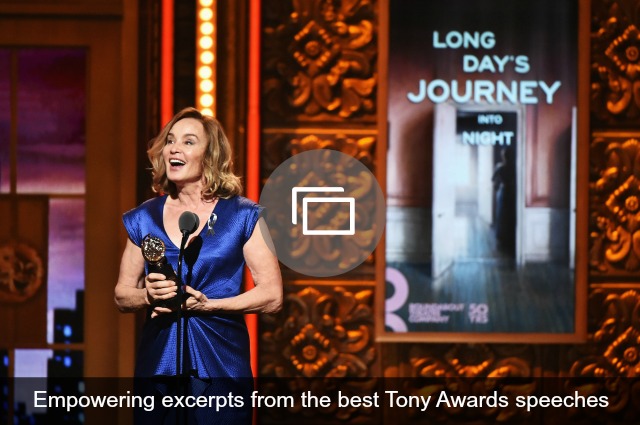 What did you think of James Corden’s Broadway medley at the Tony Awards? Comment and share your opinion below.