Was this shade really unintentional?

More: Anne Hathaway gives birth to a boy and his name is refreshingly normal

Anne Hathaway deleted a post from her Instagram account quickly after facing some backlash for bashing the Kardashians in a kind of sneaky way. The post, which was a picture of Helena Bonham Carter dressed in mismatched patterns and holding a cup of coffee, read, “In a world of Kardashians… Be A Helena Bonham Carter.”

Sure, it’s a nice, inspirational message encouraging fans to be themselves, even if that means being a little weird. But the photo was also definitely anti-Kardashian, and there has to be a way to get that message across without bashing a whole family of stars.

The post got mixed reviews from commenters, some of whom agreed — “‘I take it to mean that it’s okay to not focus on superficial things in a society where these things are what seems to be given more value nowadays” — and some who called Hathaway out for bringing the Kardashians into the mix — “Really Anne? You don’t have to put other people down to bring someone up.”

The post picked up more than 100,000 likes before Hathaway removed it, replacing it with a text image that reads, “Post removed for unintended shade thrown.” In the caption for the new image, she wrote, “It never occurred to me I was pitting anyone against each other. Not my style. Peace x.”

While the Kardashians can be a pretty divisive family, there’s no denying their success. Not everyone agrees with their lifestyle, but they’ve still built an entertainment empire and successful careers for every member of the family. It’s not necessary to like them, but it’s also not necessary to bash them.

Do you agree? Did Anne Hathaway deserve all the backlash she got for her post? Let us know in the comments. 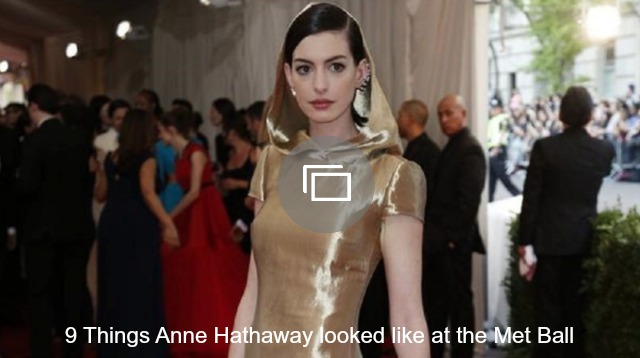