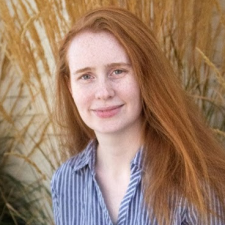 Once Upon a Time introduced its first LGBT kiss in a recent episode. Cue the outrage. Conservatives were typically angry about being exposed to a lesbian story line, while others were incensed that the first true instance of LGBT representation on the show was so underwhelming.

Red Riding Hood shared true love’s kiss after knowing Dorothy for a day, and I have two issues with their love story:

Many fans feel like this story line is another case of token representation to keep LGBT viewers happy without pissing off too many conservative viewers. I agree the LGBT community deserves better, but I think Once Upon a Time‘s problem might not be entirely the show runners being gun shy. Speeding through the Red/Dorothy (ship name RedWitchmelter, anyone?) is at least partly another casualty of Once Upon a Time‘s not taking its time with their story lines.

If any fans are reading this, think about it. When was the last time Once Upon a Time spent an entire season on one story line? In the pilot season, we explored Emma’s journey to break the curse. Every subsequent season has been split down the middle into two different story arcs.

Here’s what Once Upon a Time explored in the past five seasons:

That’s a lot of distance to cover each season, and that is Once Upon a Time’s Achilles’ heel. The show runners try to hog-tie too much into each season. This feeling is far worse than non-viewers might realize.

More: NCIS: 10 things I want to happen before DiNozzo leaves

Each Once Upon a Time episode utilizes this format:

Half the episode is current events and half is past events. Often the past events delve into further back story for newly introduced characters. This means that many events, like Ruby and Dorothy’s budding relationship, need to be crammed into about 20 minutes.

The mid-season finale had this problem. They had a large group of newly resurrected Dark Ones attacking Storybrooke. Did they do the story justice over an epic two episode story line? No. They crammed the entire plot into 20 minutes. I was left feeling the same disappointment many other viewers felt about the Ruby/Dorothy relationship.

The habit of splitting the season into two story arcs has another problem. Great characters get utilized for a few episodes and then disappear into the back alleys of Storybrooke. This is something many people, including myself, fear will happen to Ruby and Dorothy. They will disappear — I’m about 89 percent sure of it.

They shelved Maleficent. Maleficent. Am I really supposed to believe that a pack of Dark Ones were attacking Storybrooke earlier this season and no one thought, Why don’t we get Maleficent to help?

With the current story line structure, no one who isn’t a part of the Charming Family, the Evil Queen or a dwarf has any chance of being in the show on a regular basis. The obsession with the dwarves really confuses me. Are they afraid we’ll forget who Snow White is if they don’t have her constantly surrounded by dwarves?

If the Once Upon a Time writers don’t plan to change the clearly broken story line structure, maybe they can at least focus on characters we actually want? We don’t ask much. Give us this.