Before you come at me, let me first say that I don’t think Jill Duggar is a feminist — and Jill herself would definitely not say she is a feminist. I’m pretty sure that word is next to “pants,” “premarital sex” and “college” under “Things to Avoid at All Costs” in the Duggar handbook for women. However, even people who don’t think they’re feminists do feminist stuff sometimes, which they will probably never recognize as feminist. In Jill’s case, the feminist thing she didn’t know she did was convene a meeting of local women in the Central American community where she and Derick are living and working as missionaries. On the season finale of Counting On, which promised to be “life-changing” and in no way delivered, Jill said that it was important to bring women together to share things they had in common, like being mothers, and to see that all women have the same struggles. Unfortunately, the conference did not culminate in a shower of sex-positive literature, affordable health care or clean water (other things that are feminist), but instead the Duggar sisters singing.

More: Even Jessa Duggar’s workout picture has sparked a backlash

This isn’t even the first feminist thing Jill has done. (But still, don’t tell her.) She’s a midwife, which theoretically means she’s well versed in women’s bodies, reproductive health and empowering women through the birth experience. Although she might not actually be very good at it, she did engage with a practice that’s deeply rooted in female power and decision-making. That’s pretty feminist, and the fact that the Duggars sanction such behavior is kind of a big deal, even though they wouldn’t let Jill help certain kinds of people. Again, the Duggars aren’t feminists, but it is still possible to do feminist things and to reap the benefits of feminism.

There’s been a lot of talk lately about which married Duggar daughter will be the next to produce child No. 2, whether it be through adoption or pregnancy. Jessa and Ben’s son is 4 months old and Jessa isn’t pregnant. Jill and Derick have been in Central America for four months and Israel is now a year old, and Jill isn’t pregnant, as far as we know. Do you see where I’m going with this? Why isn’t anyone pregnant? Is someone exercising some kind of birth control? Not the contraceptive pill kind or some other product of the devil but the natural family planning sort? Also brought to you by feminism?

Jill and her sisters would certainly contextualize all of these behaviors within their own world view, the one that they were raised with. There is a lesson here, though, and that is that even those who would distance themselves from feminism and its ideas still live in a world where it does them a great service.

Can you think of other examples of times the Duggar women did feminist things? Tell us in the comments! 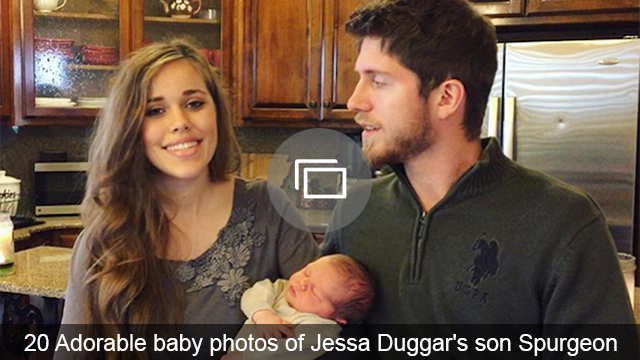