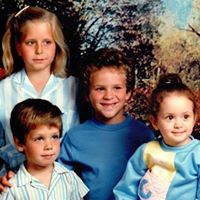 Some of the best criminal and psychological shows today are coming from across the pond, and if you’re in the mood for a binge, I highly recommend checking out these 13 series. You won’t be sorry you binged; you’ll only be sorry they’re over.

Stellan Skarsgård does a spectacular turn as grouchy loner inspector John River, who is haunted by demons only he can see. While some shows start off slow, gradually picking up steam, this is off and running within the first 15 minutes, carrying you along with great storytelling and even better acting. No spoilers here, but seriously, prepare a box of tissues — you’re going to need it.

Kenneth Branagh is one of the most versatile performers around, and he brings that special intensity to the dark, thrilling U.K. adaptation of the Swedish detective series of the same name. Another tale of a deeply troubled lead, the eponymous protagonist must solves crimes while trying to navigate the murky waters of a difficult personal life. It also features a bright-eyed Tom Hiddleston (of Thor and Avengers fame) before he made his name overseas.

They aren’t lying when they say sex sells, because The Fall is as gruesome as it gets. But even in a Tyvek suit, Gillian Anderson simply oozes a sultry appeal I wish I could replicate even a little bit. A psychological thriller, The Fall follows Detective Superintendent Stella Gibson (Gillian Anderson) as she is brought in to hunt for a killer and winds up hunting down a brutal rapist and murderer (Jamie Dornan of Fifty Shades of Grey) terrorizing the city.

Not every British drama has to be depressing. Midsomer Murders is as lighthearted as a show about murder can be. A marathon viewing will leave you wondering how so many crimes and adulterous affairs can happen in such a small place — a fact that doesn’t slip past the characters, either. You’ll get a kick out of catching some of today’s biggest film names in small-screen supporting roles. Bonus: Netflix just added more seasons!

Accidentally comical, Inspector Morse is one of the best examples of a longstanding series that successfully and rarely loses pace. A less than sympathetic character (his mishandled womanizing is cringeworthy), Morse, whose first name remains a mystery for the majority of the series, gruffly solves crimes in and around the prestigious university town of Oxford, where he himself studied law. Spoiler: This miniseries is a brief look into how Morse became the man he is today and worth the watch once you’ve digested the rest of the show.

More: Why ‘Vanderpump Rules’ is the most fun reality show ever made

If you like Inspector Morse, chances are you’re going to love this spinoff that follows his second in command. The series starts shortly after the untimely death of Lewis’ wife (she’s killed in a hit-and-run) as he continues his mentor’s work, with the foxy Detective Sergeant John Hathaway on call to help. Though Lewis may not have the encyclopedic knowledge his predecessor possessed, he’s a lot better with the ladies.

For me, Happy Valley is the pinnacle: These actors are so powerful you’ll find yourself never knowing just where your sympathies lie — with the grieving yet brusque “Broom-Hilda” police officer trying to piece her life together after her daughter’s suicide or the man accused and sentenced to life in prison for that daughter’s brutal rape and the murder of several others. Yes, they are that good.

If you don’t get the hype around dreamy Idris Elba, trust me when I say you will fall for him after watching his turn as a deeply disturbed detective inspector with nothing to lose. Early on in the series, we learn Luther is troubled — his attempted suicide is the most obvious indication — and things just seem to go from bad to worse for the bad-boy detective whose reputation is as good as it is damaged.

Admittedly, I find it sort of frustrating that female-led dramas tend to focus too heavily on the lives and loves of the protagonists, but I left Scott & Bailey feeling like I’d made two best friends, since I — and a lot of other viewers — found it easy to relate to their relationship, both personal and professional.

If you love a good period piece, Ripper Street will be right up your alley. Detective Inspector Edmund Reid and his team of officers must maintain law and order in 1890s Whitechapel, a town still reeling from the infamous murders of Jack the Ripper.

Set in the 1960s on a backdrop of social upheaval, this series follows Detective George Gently and his wet-behind-the-ears partner Bacchus as they deal with the criminal underbelly of northeast England. Looking back, while the relationship between Gently and Bacchus may on the surface seem like one of father and son, the dispositions of the main characters are a stark representation of the changes taking place all around them.

A re-envisioning of the 1970s series of the same name, Father Brown is a fun and funny crime show following the unlikeliest of heroes, a Catholic priest, and his devoted followers, as they solve crimes and root out murders in their small town. You probably won’t even recognize that Father Brown, dressed in a black cassock and rimless spectacles, is played by the affable Mark Williams, better known as Arthur Weasley from the Harry Potter series.

If you have some free time between your other favorite shows, you may want to cleanse your TV-watching palate with this silly little crime show starring sexy lead Toby Stephens as Detective John Armstrong and quirky Lucy Punch as his new partner Kate Bishop. I thought Stephens and Bishop worked well together, with a mild chemistry onscreen that led to an interesting season-one finale. And if you’re like me, you’ll be mildly disappointed that Bishop doesn’t reprise her role for season two, though her replacement eventually does a good job of fitting in.