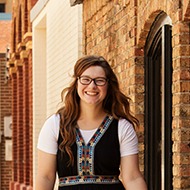 I’ll be the first to admit it’s pretty rare that we sit around as a family and watch some television. Are we the only family that can’t agree on one thing to watch? The baby can’t sit still long enough, the toddler is all about the animation, the husband is all about the action and mama just wants a sappy romance — or a nap. I’ll take a nap. Do you feel me?

More: 9 cartoons I love binge-watching with my daughter

I mean, it’s hard enough getting everyone settled down to even watch some TV together. It goes a little like this for us:

In the afternoons, the kid shows go off and my Mr. and I try to spend a little time catching up on our shows together. But, as our kids get older, that list has really started to dwindle. I asked myself the question, “Would I be safe if my children walked in while I was watching this?” and began to reevaluate our choices of programming. So let’s be for real — finding something that’s both family friendly and worth watching can be pretty close to impossible, especially when we’re talking reality TV.

(All of the recommended shows can be found on Hulu and are in no particular order.)

Reality TV for all ages

Save these for your tweens and teens

Most of these are safe to watch, but just won’t keep the attention of younger children.

More: My son wouldn’t stop crying and it was turning me into a monster