Gird your loins, Game of Thrones fans, because it looks like Jon Snow’s death was just an omen for the final curtain call on the whole series.

According to showrunners David Benioff and D.B. Weiss, GoT will end after a seventh season that will be broken up into two short parts — so, eight seasons if you want to get technical.

“I think we’re down to our final 13 episodes after this season. We’re heading into the final lap,” said Benioff in a recent interview with Variety. “That’s the guess, though nothing is yet set in stone, but that’s what we’re looking at.”

More: GoT has a new Red Priestess: Here’s everything we know about Kinvara so far

“That’s my understanding from them right now, those have been the conversations we’ve had,” Lombardo said, according to Variety. “Because where these narratives go, it feels like another two years to them. As a television executive, as a fan, do I wish they said another six years? I do.”

Some fans, of course are devastated.

“Why? Why would you do this? There’s so much content in the books. There’s so much to add. Don’t just cop out on this,” said one fan in a TVLine thread, while another agreed, “That’s what I don’t understand…. Cuz there’s literally so much story they could tell.”

But while some are not ready to let Game of Thrones go, others are happy to see it go out on a high note, rather than jump the shark.

“So that would be a total of 20 more hours? That should be plenty enough for them to wrap things up,” a viewer commented on TVLine.

More: Game of Thrones actor may have revealed the return of Jon Snow

“Oh, for F’s sake, just end the series with a spectacular 13 episode season next year,” [sic] another fan wrote in a Variety thread. “I personally don’t think that I could stay interested much longer, especially after killing off Jon Snow.”

Fans are also polarized about the fact that Benioff and Weiss would like GoT‘s final season to be split up into two short seasons — with Season 7 having seven episodes and Season 8 having six — and a sizable gap in between. The plan is a maneuver to enable the showrunners to have more time to provide better quality in the final episodes — and while some fans are fine with that, others don’t want to have to wait that long while producers drag out the ending. 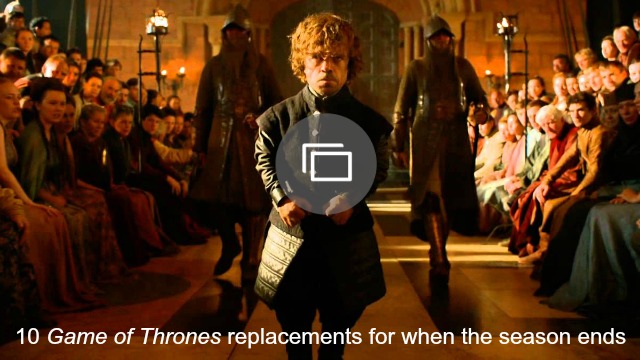