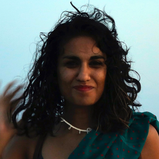 The Mindy Project asks us to be Mindy allies. She has the funniest lines and the best outfits, and there is always an amazing soundtrack playing when she performs surgeries. As a well-conditioned viewer, I have found myself loving her banter and her sartorial choices and wanting to put a statue of her on a pedestal, taking it off only to polish it and to show it off to my friends. As I deify her, I want her to be a flawless feminist, one who never makes mistakes and who never humors the men who hurt her. I secretly want to see myself in her as reassurance that I, too, am the kind of mystical, confident woman who speaks her mind, never doubts herself and who can just shake it off.

I find myself irrationally frustrated with this Mindy as I realize that I disagree with some of her choices, but also viscerally relate to them. The secondhand frustration I feel should be channeled entirely toward Danny, who is actively oppressing Mindy, but when I am used to projecting my aspirations onto my female role models, when I see her as an extension of myself, any kind of misfortune also feels like a personal mistake. As I realize that I am much closer to this complicated character than I am to one who is always assertive and satisfied, I am reminded that I cannot pretend to have transcended sexism; that I need feminism not just because I desire a platform from which to flaunt my empowerment, but also because it allows me to understand the ways in which I continue to be oppressed.

When I think of the unfair expectations I have had of Mindy, I am reminded of a professor who once told me she saw a lot of herself in me. When it later came up that I had, on multiple occasions, turned down job opportunities to be with my boyfriends at the time, she responded, “Oh. I would never do that.” It seemed our similarities only extended as far as my “good” behavior — good, in this instance, defined as my ability to be independent, impenetrable and unattached without any consideration of why I might feel compelled or forced to make sacrifices for certain relationships.

Similarly, I have realized while watching The Mindy Project that I expect female heroes to be role models first and human second, and that the standard is impossibly high and narrow and is, in fact, insulting to the complex desires and external factors motivating these characters. It is especially unfair to hold all women to the same standard without any attempt at intersectionality. For example, while Mindy’s position as an Indian-American woman is not the focus of the newest episode, how could it not affect her relationship with Danny, her professional life and her relationship with her son? How is it unfair to hold her to a standard that is much easier to achieve as a white woman?

A penchant for a narrow definition of “valuable women” is not surprising given the kind of womanhood that is validated in pop culture. I do not mean to dismiss women who celebrate their strength: It is significant that celebrities are decorating their concert backdrops and their talk-show advertisements and their book covers with the word “feminist,” showing us, “Here is my power.”

It is pivotal, though, that this media diet of sugary, addictive “I am always empowered” rhetoric be supplemented with less immediately palatable conversation about continuing struggles. While it should be noted that Mindy is still incredibly privileged, conventionally strong and successful, her vulnerability provides an important reminder that yes, empowered women are inspirational, but we must not censor ourselves when we are frustrated, conflicted about our interests or unable to leave people and situations that hurt us. The frustration I felt throughout the fourth season was Mindy showing me, “Here is why we still need to fight for gender equality,” a statement that complements rather than denies women saying, “Here is my power.”

We rarely see our female heroes when they are fumbling, held back by the people they love and unable to succeed because strangers don’t want them breastfeeding, their partners dismiss their sexual agency and their co-workers doubt their intelligence.

And we are not shown the emotional labor required to appear strong. Yes, Mindy ultimately chooses her career over a man. Yes, she stands up for her desires and her talents. Yes, she is a feminist. But in the newest episode of The Mindy Project, we are reminded that these choices necessitate losing someone she loves and interacting with co-workers who are condescending. And in earlier episodes, we were shown why a woman who believes in gender equality might not be in the position to advocate for her own just treatment.

Ultimately, The Mindy Project has asked me to root for Mindy, and then to question the kind of hero I expect her to be. It has shown me a woman whose self-advocacy hurts, whose regrets are numerous and who does not always know what she wants. And yet, in showing us her vulnerabilities, the show does not make Mindy an outlier. She is still Beyoncé pad Thai; she is her own role model. She is a self-identified hot, smart woman with an ass that doesn’t quit. If someone took notes on all my sleepover conversations and spun them into a character, it would be Mindy. The importance of Mindy’s character is that she will not be excluded from girl power even as she complicates it.

More: Feminist books you have to read