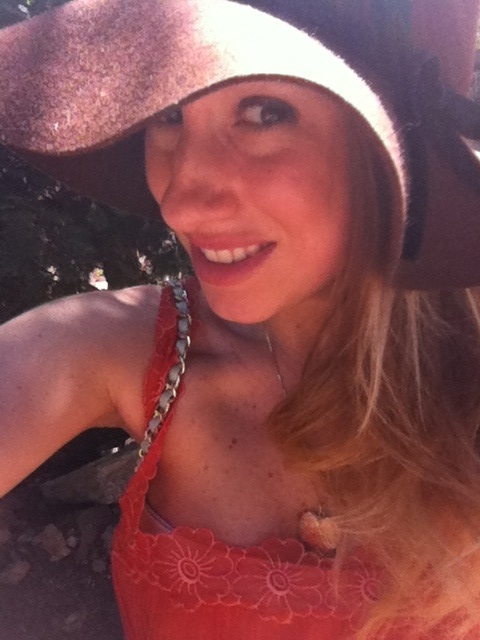 Lots of trendy terms we use these days have a specific connotation. We know how to “Netflix and chill,” how to look “on fleek” and even what to call our loved one — I believe bae is what the kids are calling it these days. In that vein, we know binge-watching to mean splaying out on our comfiest furniture, where few brain cells are used but much gratification is served — and this definitely serves a purpose. However, some TV shows are shot in such beautiful or noteworthy locations they can turn that chill factor way down and prompt some major wanderlust. Here are 11 shows that might elicit a jump off the couch — or even across the globe.

1. The Affair (The Hamptons)

With stops at the Lobster Roll and locations so vivid you can sometimes smell the water, The Affair stirs up lots of emotions. Included in that is some major wanderlust for the Hamptons, which in addition to providing a gorgeous backdrop, also provides a perfect setting for this now four-sided story. While later episodes are back in New York City, the bulk of the show resurfaces the desire to return to the Hamptons.

Watch The Affair on HBO

In the popular new HBO series, Dwayne Johnson, also known as The Rock, plays retired NFL player Spencer Strasmore. Trying to succeed in sports management, he glides through the ins and outs of Miami, including stops at the Biltmore and Star Island. Johnson finds his acting forte in a fast-talking role that shines a spotlight on a fast-paced, trendy city.

The gorgeous Scottish countryside is prominently featured on this sci-fi show, starring a woman who travels back in time from to the 18th century. Outlander then follows along as she tries to make her way back to the 1940s. The series, which has developed a cult following, is so popular for its local setting you can even visit it as a Scotland attraction.

How could you not want to visit Portland after watching this quirky, often hilarious show? Seemingly inspired by creators/stars Fred Armisen and Carrie Brownstein’s love for the city, it translates not just across the screen but into our brains, with vignettes everywhere from bookstores to coffee shops. Watching a few episodes is enough to make you put a trip to Portland on your to-do list.

Filmed in Queenstown (a popular New Zealand town that sees millions of tourists each year), Top of the Lake is a dark, brooding series whose location, like many of the aforementioned shows, also functions as a character. The crime story — the disappearance of a pregnant 12-year-old girl — is the main focus, but the spectacular setting on the country’s South Island provides some deeply felt moments.

Watch Top of the Lake on Sundance

More: NCIS: 10 things I want to happen before DiNozzo leaves

While lesser known in the U.S., this television show, set in the 1950s, is quite popular across the pond, perhaps owing in part to its authenticity. Now heading into its third season and based on a collection of short mysteries, Grantchester features a local sleuth who solves crimes with a sidekick detective. Filmed and set in the real village of Granchester, outside Cambridge, the series features not just the renowned universities but a picturesque countryside. Catch up on old seasons to work your wanderlust and get ready for the new one.

You may be more familiar with the intense American version that aired on AMC, but the dark, twisty show actually originated in Denmark. The Killing, set in Copenhagen and focused on protagonist Detective Sarah Lund, also brought attention to the beauty of Denmark, which many in the States might not have otherwise known about. More evidence of the gorgeously shot landscape: Since the show’s inception, there has been a documented increase in tourists to the area.

Watch The Killing on BBC

Even for the most cynical of natives and locals, Broad City can stir up some sentiment for their beloved Big Apple, but watching scenes of the city as creator/stars Ilana Glazer and Abbi Jacobsen get into trouble will make anyone want to make the trip ASAP. Each shot, clip or sketch is eclipsed by the perfect urban backdrop, whether they’re cruising the streets or making fun of trendy brunches and lattes. Starting with the first season and now in the midst of the third, the spotlight continues to shine lovingly on NYC, second only to the girls themselves.

What ’80s female doesn’t remember loving Anne of Green Gables? The feisty titular redhead was beloved by girls everywhere, and the series still has a special following. The show, shot in various parts of Canada, including Prince Edward Island, illustrated the lush, gorgeous countryside and and often unseen part of the landscape. Who wouldn’t love to watch one of their favorite childhood shows, especially when it looks that beautiful?

Although the simple inclusion of this one might make some eyes roll, there’s no denying that even one episode of The Bachelor can evoke some serious yearning. Regardless of the subject matter or the contestants, the gorgeous beach settings and larger-than-life date spots will have anyone desperate to escape their couch and head for the islands, any islands. There may only be one winner at the end of this show, but we can all buy a ticket and hop a plane to paradise if we choose — private Jet not included.

Watch Bachelor in Paradise on ABC

The unusually quirky and addictively appealing show from the ’90s was ahead of its time in a lot of ways. It follows Joel Fleischman, a New York doctor who must pay off med school by practicing in rural Alaska — and he comes to fall in love with both the town and the people. Set in the fictional Cicely and shot in Washington state, this series appears to be predictable: a typical fish out of water with short-term success. But the stunning scenery and offbeat likability of the characters (including a pre–Sex and the City John Corbett) resonated with viewers and allowed the show to last for several seasons. Now it can find a whole new viewership and maybe even inspire some newfound love for Alaska.

More: 10 reasons ‘The Voice’ is the best show on TV