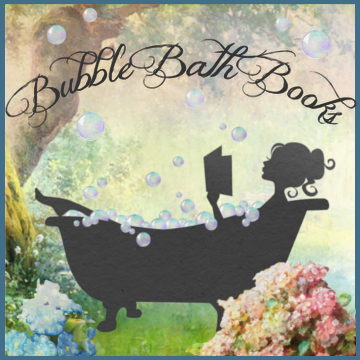 Bubby and Sissy, the two women behind Bubble Bath Books know how to spot a powerful heroine when they see one.

Sissy: “The Princess Bride is a pop-culture classic that everyone loves to quote ad nauseam, and while I appreciate it as much as anyone, something about it has always bugged me. Princess Buttercup is a wimpy whiner. Remember the scene in the fire swamp with the vicious rodent things? Wesley is fighting with all his might, and Buttercup is doing… nothing. Why couldn’t she beat them with branches, stab them with Wesley’s spare knife — or anything but stand there? So it is that when I read a novel in which the girl does everything she can to save herself — whether she’s using her wit or her physical fighting skills — I am ecstatic!”

Bubby: “I completely agree with you, Sissy. Gone are the days when all a woman had to offer were her wiles and her ability to bear children. We are no longer dependent on our father, brother or husband to save us. We can take care of ourselves — or at least join the group effort. Every single female protagonist in the following novels shows up to fight for what matters to her, whether that be family, love, freedom or all three!

Seventeen-year-old Zo is a healer in the Wolf clan who has lost her parents to a raid by the enemy Ram clan. She decides to infiltrate the Rams and work to bring them down from the inside — a great plan, until she realizes her little sister has followed her into the heart of Ram territory. Zo changes from a healer willing to die for the cause into a warrior who will do anything to save those she loves.

You thought Robin Hood was a man, didn’t you? Wrong! When Robin of Locksley’s father informs her she must marry the Sheriff of Nottingham, Robin flees to the forest, disguises herself as a boy and begins to collect a band of followers, as well as a reputation for being the best archer in the land.

What happens when a street urchin and a legendary thief who both have the magic of Allomancy band together against a 1,000-year-old tyrant? Vin finds the power within herself to rise above her beginnings, find true love and overthrow evil, all while rocking leather pants or a ballgown with equal aplomb.

by Sara B. Larson

Alexa has always been a fighter. Even though she has to disguise herself as a boy in order to serve in the Prince’s guard, her biggest battle will be escaping the clutches of the evil sorcerer while protecting her heart from both her friend Rylan and Prince Damian.

This is first book in the story of a prophecy and the three sisters, all witches, who will fulfill it. Written in an alternative historical setting, where magic exists and misogyny abounds, the series is extremely emotionally engaging. You are at once disgusted and disturbed by the Brotherhood, fearful for the sisters and terrified at what might happen next.

It is said that the pen is mightier than the sword, but in the case of spunky, take-no-prisoners heroine Agnes Watson, her witty tongue is what saves the day. This historical adventure/romance is full of lively banter and clever, laugh-out-loud moments.

7. The Girl of Fire and Thorns

See the evolution of Elisa from a girl who felt unremarkable in every way and unworthy of a Godstone to an all-powerful warrior and sorceress queen. This is not a tale of someone who must change everything about herself in order to be worthwhile; rather, it’s an exciting, captivating tale of discovery. In discovering her full potential, Elisa realizes the extraordinariness that was always part of her, not discarding her unique self but empowering it.

How often these days, do you get — or even want — to read a good western? That’s what this is — True Grit meets The Birds. Gun-toting heroine Georgie sets off with her mule on a quest for some vigilante justice, and the resulting adventure is both entertaining and empowering.

Elizabeth Grey, champion witch hunter, is knocked for a loop when she is accused of being a witch and sentenced to death. Everything she has ever believed comes into question, including the basic moral foundations of right and wrong. A magical world full of witches, pirates and ghosts, plot twists and an unpredictable story line make The Witch Hunter impossible to put down.

We get a two-for-one experience when figure skater Sloane Emily Jacobs meets hockey player Sloane Devon Jacobs at Ice Camp. Both girls are unhappy with their lives and decide the best way to figure it all out is to switch places for the summer and tackle something new and difficult. Although there are no life-or-death physical battles or contests of wit, the girls save themselves by defying the expectations put upon them and choosing to create their own happy ending.

Who says only young women get to kick butt and be the hero? Enter Mrs. Emily Pollifax, respectable senior citizen, garden club member — and CIA agent with a black belt in karate. In this — and the 13 other books in the Mrs. Pollifax series — Emily puts her many skills to the test in exotic locales. And those who go up against her? They are in for quite the surprise!

You only have to take a peek at the cover of Throne of Glass to see that protagonist Celaena Sardothien is as wickedly awesome as they come. As an assassin for the king, she’s as deadly as she is beautiful, but her greatest struggle is finding a balance between her heart and her duty.

More: 10 things that happen when you start a really good book