One of the great joys of reading is to be transported to other places and times. So often, we think of historical fiction as books about the Tudors (especially Henry VIII) or just as historical romance, but the genre can also introduce us to interesting people and help us understand the past.

Don’t know where to start reading? Here are some suggestions that will take you around the world and into the past.

More: The Game of Thrones Spinoff Is Going to Be Fiery (Literally)

1. Beneath a Scarlet Sky by Mark Sullivan 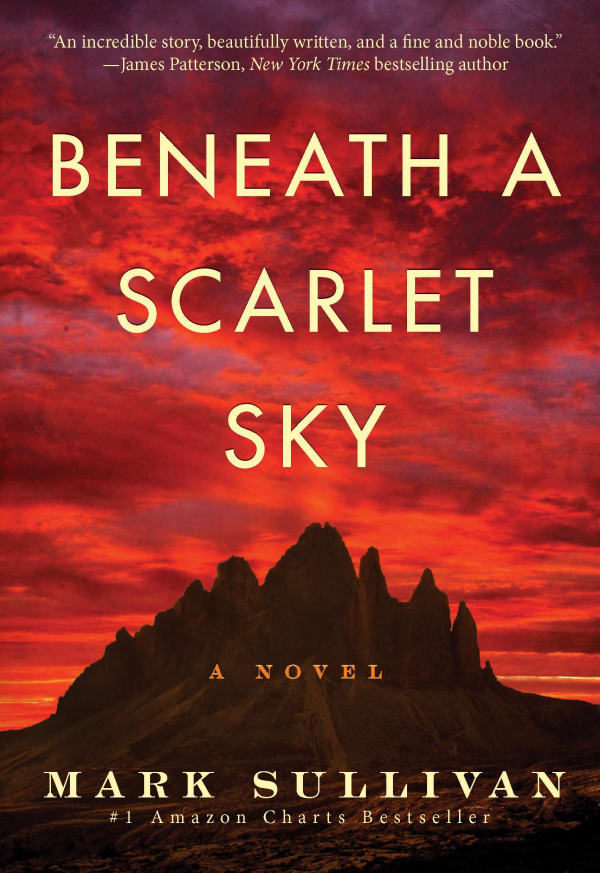 Beneath a Scarlet Sky is based on the true story of Pino Lella, a forgotten hero who joined an underground railroad helping Jews escape over the Alps during World War II. That’s not all: When Lella was 18, he was the personal driver for Adolf Hitler’s left hand in Italy. This book will transport you back to one of history’s darkest hours.

No matter what side of the aisle your political leanings have you on, Planned Parenthood was a hot topic in the election year of 2016. This book
is the perfect way to learn more about Margaret Sanger, the nurse who founded the program to help women around the world.

More: 11 Nonfiction Books to Help You Start Over in Life

3. Salt to the Sea by Ruta Sepetys

Few people now remember the unfathomable loss and the horrifying struggle for survival in the “single greatest maritime disaster in history,” caused when Russian torpedoes brought down a former cruise ship filled with 10,000 refugees fleeing the ravages of World War II. This well-researched novel
honors the human spirit.

This novel
takes us back to the golden years of Hollywood and onto the soundstage of one of the most beloved movies of all time: Gone With the Wind. Told from two time periods, this tale of glamour, secrets and friendships is the perfect escape from the modern world.

5. Flight of Dreams by Ariel Lawhon

Decades after the Hindenburg exploded over a New Jersey airfield, the cause of the disaster is still a mystery. This beautifully written novel
is not only a fascinating, personal look at the passengers and crew on that fateful flight but also a suspenseful take on how the airship was brought down.

Fate, history and deeply buried secrets follow the Leongs from war-torn China to the beaches of Hawaii. The novel
, a family saga, spans three generations and two countries in exploring the strength of our cultural past even as we make a life in a new world.

7. Circling the Sun by Paula McLain

The milestones of history often fail to mark the brilliant successes of pioneering women. Beryl Markham, who grew up in colonial Kenya, opened doors for women in several fields, most notably aviation. Come meet her in this absorbing story
of her life.

8. Into the Savage Country by Shannon Burke

In the early 1800s, the American West was still a land mostly untouched by pioneers and white settlers. This story
of a fur-trapping expedition examines culture clashes, friendship and the beauty of the unsullied wilderness. Oh, and there’s a little romance, too.

More: Jennifer Lopez’s 10-Year-Old Daughter Got a Book Deal & Will Be Richer Than You Soon

9. I Always Loved You by Robin Oliveira

Impressionism is one of the most loved art movements of the late 1800s. Although many of us recognize the name Edgar Degas, few know of his student, friend and possible lover, Mary Cassatt. As told in this book, their story and that of the French art world is not to be missed.

Set in the pre-Civil War era, this novel
is an action-packed tale of one teenage boy’s escape from slavery. Based on historic fact, it’s a tribute to personal strength and the power of hope.

Based on the true story of the author’s grandfather, this novel
introduces us to a young man who flees the restrictions of his Pennsylvania Old Order Amish community to search out adventure in California in the late 1800s. After 10 years in the outside world, can Joshua find a home with the family he left behind?

12. Under the Wide and Starry Sky by Nancy Horan

Robert Louis Stevenson is known for his great adventure stories, but did you know he was a man of delicate health? This well-researched novel
focuses on Fanny Van de Grift Osbourne, the author’s American wife, and her role in keeping Stevenson grounded and comfortable, especially after they relocate to the South Pacific.

A version of this article was originally published in February 2016.