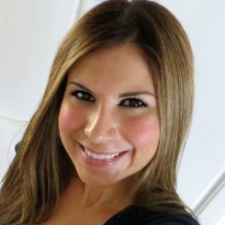 When we look back on the 1980s, we think bad fashion, wild hair and the king of teen angst, John Hughes. The iconic filmmaker brought us cinematic gems such as The Breakfast Club, Sixteen Candles and my all-time favorite, Pretty in Pink. All three classics starred Molly Ringwald as a misunderstood teenager just trying to get through high school. She was part of what was dubbed the Brat Pack, the group of young actors seemingly shuffled through Hughes’ movies, and it worked beautifully.

More: 6 reasons Blane from ‘Pretty in Pink’ was the worst ’80s boyfriend ever

This year marks the 30th anniversary of Pretty in Pink, so let’s take a look back with 11 facts about the film phenomenon that introduced us to Andie, Duckie, Blane and the chain-smoking, loafer-wearing Steff.

Another member of the Brat Pack was offered the part of Duckie; however, with several John Hughes movies under his belt in just two years (Vacation, Sixteen Candles, Weird Science and The Breakfast Club), he opted out.

Originally, the role of Blane was written for a jock, and Charlie Sheen was thought of for the part. It eventually went to a less jockish Andrew McCarthy.

James Spader came across as an arrogant jerk in the audition, which was precisely what won him the part of the equally jerkish Steff. He put out a cigarette on the floor, and it worked like a charm. No one could rock a linen suit like our man Steff — at school, no less. Let’s not forget the unbuttoned shirt and the hairy chest — that was just icing on the cake.

More: Why ‘Younger’ makes me want to be young again

5. It launched a lot of careers

Pretty in Pink helped kick off the careers of a few now famous faces. Gina Gershon was one of the rich stuck-ups who antagonized Andie throughout the film. Kristy Swanson, aka Buffy the Vampire Slayer, winks at Duckie at the prom. Comedian Andrew “Dice” Clay was the bouncer at the bar. You may recall he advises Andie that if she worships the Duck, she shouldn’t come to a club in which he’s not allowed. Speaking of the club, Dweezil Zappa — who was dating Ringwald at the time — was a regular there.

6. Iona was almost played by someone else

Anjelica Huston was offered the role of Iona but thankfully turned it down. It’s hard to imagine anyone else but the amazing Annie Potts in this role, especially Morticia Adams.

7. Experts agree it has one of the best soundtracks

The Pretty in Pink soundtrack is arguably one of the best movie soundtracks. You may be surprised to know the original version of the song “Pretty in Pink” was released a few years earlier, in 1981, by the Psychedelic Furs and peaked at 43 on the U.K. charts. A more radio-ready version was released in 1986 to coincide with the film. Rolling Stone magazine named it number 11 of the top 25 soundtracks of all time. May I admire you?

8. Duckie almost got the girl

The original ending had — gasp — Andie and Duckie ending up together. As any red-blooded test audience should, they strongly disapproved. The film had already wrapped when they tried to bring the cast back together to film the ending we’ve all come to know and love. McCarthy looked noticeably different — he had lost weight and shaved his head for another project and was forced to sport a cool wig for the prom. Another fun prom fact: OMD wrote “If You Leave” in less than 24 hours for the newly re-shot Andie and Blane ending. For that we are eternally grateful.

Duckie was not only an awesome character, but Jon Cryer is pretty brilliant as well. He came up with the now classic “candy machine” line when Duckie was shoved into the girls’ room, as well as the best line of the whole movie: ”Blane — it’s not a name, it’s a major appliance!” Classic Duckie.

10. It wasn’t actually shot in the iconic Chicago neighborhoods

Many of John Hughes movies take place in Chicago, and Pretty in Pink is no exception. The filming was actually shot on location all over L.A. The fictional Trax record store where Andie and Iona work is located at the Third Street Promenade in Santa Monica and is now known as the Broadway Bar & Grill. Andie’s “Meadowbrook High School” is really John Marshall High School in Hancock Park. You may recognize that as another iconic fictional school, Rydell High from Grease, and the exterior was used in the Buffy the Vampire Slayer movies.

11. There were some unrequited cast crushes

While Andie disliked Steff to the nth degree, in real life it’s said Ringwald had a crush on Spader, to which his response was, “What’s her name… Eddie?”

If you haven’t seen Pretty in Pink in a while — or ever — check it out. It’s available practically everywhere! If you can get past the freaky fashion, you’ll note the plot is still relevant today. In fact, I’ve introduced it to my teen, and with the exception of the cool computer trick scene, he gives it the thumbs-up!