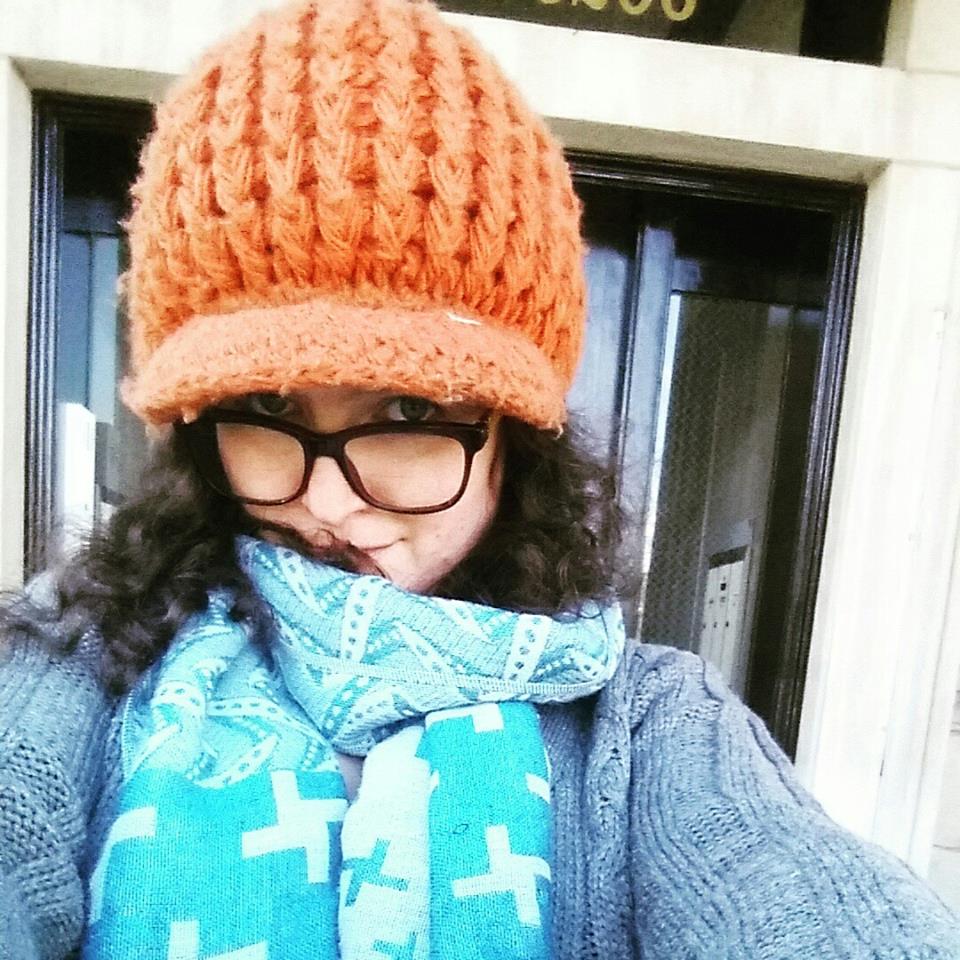 Everyone loves a good heroine, and the best kind of heroine is the one who doesn’t just save the day. She saves the world — or maybe she saves all of humanity. Maybe she saves what’s best of humanity. In dystopian novels, something very, very bad happened to all of us here on earth. Society changed, or collapsed, and the worst of our inner nature took over. Dystopian stories tell us that no matter how bad things are, we have the power to make them better. These books feature rocking ladies who harness that power and make things better.

1. Panther in the Hive

by Olivia A. Cole

Tasha isn’t just the hero of Panther in the Hive, she is unapologetically all about being a girl. When she’s packing up a survival kit, she makes sure it has space for her war paint — lipstick and eyeliner. In this story, the for-profit healthcare system has created a two-caste society, those with the best care and those without it. Only it turns out there’s something terribly wrong with the coveted health implant everyone’s dying to get. Set in an America of the future, where California’s seceded and we practically live in mega malls, Tasha is a heroine who’s relatable and sympathetic while also taking no shit, even from zombies in hotdog costumes. This book is full of brown girls taking down monsters, and the world needs more stories about women of color who save the world.

2. Year of the Flood

Supergerms and the wealth gap set the stage for this thriller. In Year of the Flood, the world’s richest, most educated people barricaded themselves into compounds, and the rest of the world was left outside to fend for themselves. Toby is a special kind of heroine. On the surface, she’s a middle aged gardener, living on the rooftops of the city with an ecologically minded cult. Underneath that, she’s the survivor of horrific violence and prepared to use her gardener’s knowledge to save the survivors of the coming extinction — or to kill them if need be. If you’ve ever had second thoughts about GMOs, this book might be your new favorite. It’s technically the second of an amazing trilogy, but it stands alone. Although after you read it, you’ll want to pick up the next book to find out what happens to Toby and the stripper she rescued from her own abuser.

Wasp lives eons after our society has collapsed. There are remnants of our lives all around, artifacts from a bygone past, but the future is filled with mystery. Wasp’s job is collecting ghosts and destroying them. She’s been fated to it; it was this or let the previous Archivist kill her. But she knows there is more to the world than what she’s been allowed to see. Archivist Wasp isn’t just about a girl uncovering the secrets of her dystopian present, but the secrets of her world’s dystopian past, the kind of world that replaced our world, before the ghosts took over and girls found themselves murdering each other in the sand. If you’ve never picked up an indie book by an indie author, this is a great place to start. It’s a gorgeous story, and I can’t wait for the sequel!

Onyesonwu is Ewu, the product of a horrific rape, part of a religious genocide between the races. Set in a version of north Africa that is so far in the future that computers are relics of an ancient past, this world is also filled with magic. Onyesonwu must overcome being an Ewu pariah — and a girl — to learn to harness her magical abilities and destroy her father, but more than that, to end the generations of genocide and violence, and rewrite history for her people. Who Fears Death is rich with the voices of African women and is worth every bit of effort it takes to learn to say “Onyesonwu” as easily as you say “Karamazov.”

Sometimes what makes a story so scary is how easily it could be true. In the world of The Handmaid’s Tale, something has happened to humanity. Most women can’t get pregnant, and those who do become a commodity. A religious political majority comes to power, and overnight women lose nearly all their rights. Soon, they’re property — particularly women who can conceive. Fertile women are passed between wealthy families to bear their heirs in the name of saving the human race. Offred, a woman who now belongs to a Commander and his wife, is forbidden to read — let alone care for the daughter she had before the world collapsed. But she is still her own person. She is still determined to possess her child, her life and her freedom.

Saga is unlike any other comic book out there. The real main character of the book is the child. But her mom? Her mom is an epic badass. In a distant galaxy, a genocide is raging. A planet of winged soldiers has enslaved the horned people of one of their moons, but the slaves are fighting back. Alana was a soldier for her home planet when she fell in love with Marko, and the story begins as she births their daughter in a war zone. Alana fights all kinds of creatures, her own army, robots, monsters and bounty hunters to protect her family. Not only is this a story about an incredible warrior mom and her daughter, just about every amazing character in it is a woman. Alana’s mom kicks ass, her ghost babysitter rocks, the bounty hunters following her are a cornucopia of female badassery. Not only is the story totally feminist and fabulous, the art is amazing too! The sixth volume is coming out in paperback this summer, so that gives you plenty of time to catch up on everything that’s happened in the story so far.

In Tank Girl, the title character lives in a sort of Mad Max version of the Australian outback after society has collapsed. The evil corporations that control the water control everything. Tank Girl is the silly side of the dystopian warrior girl, but that’s because she lives in a silly world. While she’s hunted by bad guys, she befriends genetically engineered kangaroos and goes riding off in her tank to just mess stuff up. While some of the books on this list are seriously scary, Tank Girl is nothing but fun.

If you haven’t heard of The Hunger Games or Katniss Everdeen, you’re probably living under a rock. Katniss is the best kind of hero: reluctant, resigned and determined. She doesn’t become a heroine because she wants to destroy her oppressive society, she does it to save her sister. In doing so, she shows the world how flawed it has become, inspiring it to save itself. If you like the movies, you’ll love the books!

This alternate version of the world seems like it could be the past or another universe. Phédre is born a slave of a royal house, a sort of mystic courtesan, but she was marked by a Goddess. Blessed or cursed with a special ability, she finds herself tasked with saving her country from enemies abroad and, in the process, saves herself. Kushiel’s Dart is sexy, dark and addictive. If you liked 50 Shades of Grey but wished it actually had a story, this book is definitely for you.

If you love books, The Eyre Affair is for you. In this future, books are alive. The characters actually live inside the pages, and it’s possible to go inside the books, to meet the characters and to live the story. If you’re reckless, you can change the story. Thursday Next is straight out of the noir detective style: she’s tough, damaged and determined to solve her case. In this case, one of the most beloved books in all of literature, Jane Eyre, is destroyed when Jane Eyre herself disappears from its pages. Thursday has to find the villain behind the crime, and go into the story herself to save the day.

Zinzi lives in a South African slum with her sloth. The sloth isn’t a pet, exactly. It’s part of her. You see, sometime in the early 21st century, something started changing about humanity. When a person did something bad, very bad, an animal would appear. These animals are tied magically to their owners; if one dies, a cloud of darkness will come and consume the other. But the animals aren’t just harbringers of death or symbols of evildoings, they also bring gifts. Zinzi’s sloth gave her the gift of being able to find lost things. So Zinzi and her sloth are called upon to locate something very important. Zoo City sends them on an mystical adventure to destroy the biggest bad guy in the country. This book is a delight to read; it’s so imaginative and vivid and brings you into a completely different world. It’s a great story in which to disappear.

Meg Murray is the BFF you always wished you had in middle school. She doesn’t really fit in, with her braces and glasses, but she knows deep down she’s better than fitting in anyway. If you haven’t read A Wrinkle in Time since you were a kid, or if you’ve never read it, it’s a must! It’s full of amazing women who travel through time and space to save the day: Meg, Mrs. Who, Mrs. Whatsit, Mrs. Which and (of course) Mrs. Murray. There’s never a bad time for this classic.

More: 11 History books on fierce women you didn’t read about in school