It’s safe to say Kanye West and Taylor Swift are probably never ever going to be friends again.

West’s new album The Life of Pablo isn’t out yet, but it’s already causing major controversy.

During West’s Yeezy Season 3 event Thursday at Madison Square Garden, he debuted a new track called “Famous,” featuring Rihanna. The song contains the lyrics, “I feel like me and Taylor might still have sex/I made that bitch famous.”

First of all, West didn’t make Swift famous. She won Best Female Video at the 2009 MTV Video Music Awards because she was already famous and had a huge legion of fans. Secondly, “might still have sex”? Yeezus, what are you talking about? And calling her a “bitch”? Everything about these lyrics is extremely offensive and we do not support them.

West’s infamous “Imma let you finish” diss toward Swift at the 2009 VMAs created a rift between the two performers for years. However, almost exactly a year ago at the 2015 Grammy Awards, West and Swift were photographed finally making amends. Swift even presented him with the Michael Jackson Video Vanguard Award at the 2015 VMAs in August 2015.

West then sent Swift flowers shortly after the show in September 2015. The photo she posted of the extravagant arrangement ended up being the second most liked Instagram post of the year.

Those short-lived happy times and hopes for the #KanTay2020 campaign are now behind us. Swifties are ready to go to war for their queen and so is her brother.

Taylor’s bro Austin Swift took to Instagram to share his thoughts on the matter, posting a video throwing away his Yeezys with the caption, “Getting a head start on some spring cleaning. Here we go again.”

The “Blank Space” singer’s friends are also speaking out. Gigi Hadid and Jaime King both tweeted support for Swift.

The timing of this diss is not the best for Swift. Music’s biggest night, the Grammys, is less than a week away on Monday, Feb. 15 and Tay is set to open the show with a song off her Grammy-nominated album 1989.

Plus, after Swift’s album Red lost Album of the Year to Daft Punk’s Random Access Memories at the 2014 Grammys, any Swiftie knows winning Album of the Year for 1989 means a lot to the 26-year-old singer. We just hope Tay doesn’t let this diss get in her head and just does what she does best: Shake it off. 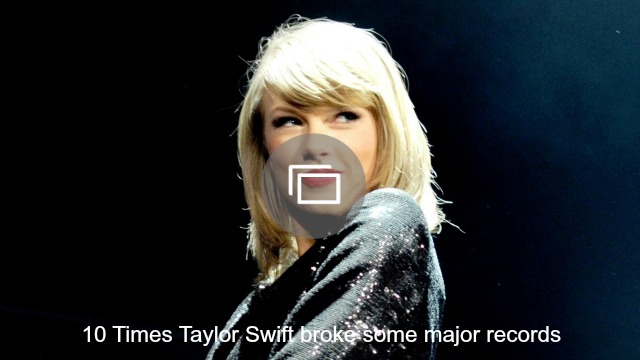