Dakota Johnson has been making the rounds on a press tour for her new film How to Be Single.

Thankfully, that included a trip to Andy Cohen’s Watch What Happens Live with her co-stars Leslie Mann and Alison Brie. But it was Johnson who got especially grilled about all things Fifty Shades.

A feminist- or abs-minded (or both) fan wrote in to ask Johnson, “Dakota, do you think it’s fair that we saw way less of Jamie Dornan’s body in Fifty Shades than we saw of yours?” Sipping her drink, Johnson answered, “That’s an interesting question. I’ll probably get in trouble for this answer. Yeah. I’m going to make him get fully naked in the next one. Everybody wants to see the D.”

“Yeah, show us the D. It’s the sequel, it has to be bigger and better and more, right?” Cohen joked in response. Even Leslie Mann chimed in her support, “I would like that,” she said.

It’s perhaps fair to see the actors give a joking response to the question asked on a late-night talk show. But I would have loved to know: Does Johnson think it’s fair how much more screen time is given to her body, how many more articles were written about her fake pubic hair, her performance that got nominated for a Razzie? Dornan certainly got leered at as well, but how did their experiences differ?

More: Why Fifty Shades’ Dakota Johnson won’t be filming any more movies in 2015

You can almost feel Johnson’s excitement at the idea of Dornan getting some more naked screen time. “We should start a movement, or a campaign,” she said.

Knowing rabid Fifty Shades fans — as she certainly does — if she suggests a petition, one will crop up online sooner or later.

Watch part of Johnson’s appearance below, and check out How to Be Single, in theaters on Feb. 12.

More: Dakota Johnson unfairly bullied for just showing up at the Oscars 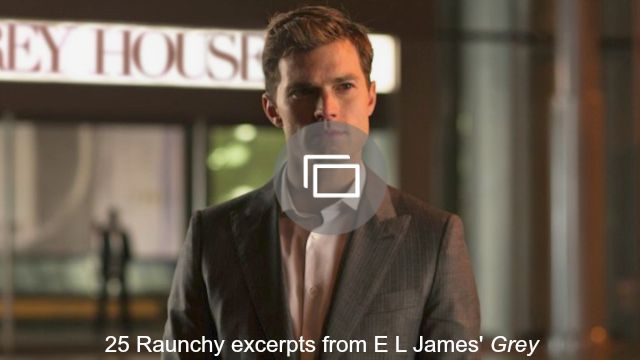