The current season of Top Chef is coming to an end, and the remaining cheftestants represent something seen far too often in the real-life restaurant industry.

After last week’s dramatic elimination, a certain calm seems to have come over the remaining Top Chef contestants. It seems like everyone remaining actually likes and respects one another. It’s still a competition, though, and so someone has to win (on Thursday’s episode, it was Amar) and someone has to go home (Karen). On Twitter, fans are already speculating on who will make it to the finale.

With Karen out, there’s only one woman left among the cheftestants, and that’s Marjorie. Over the 13 seasons of Top Chef, there have been only three women who have won it all. Marjorie’s ridiculously talented, but as the judges reminded Karen on Thursday night, it’s the dish that sends the chef home, so like any of the other chefs left, one bad day could totally eliminate the possibility of having another talented woman win this season.

Unfortunately, what we’re seeing this season in terms of gender imbalance is pretty standard for women in the restaurant industry. Few women are at the head of their own kitchens (not counting TV personalities who don’t actually have to turn out plates every night) and women chefs are definitely not making the same money that their male counterparts are or raising the cash to start their own restaurants. There are many reasons all this is true — women are socialized to be polite, nice, quiet and not assertive (so asking for money is less likely to happen). Women shoulder the load of child-rearing and so taking on a potentially unstable and time-consuming endeavor like a restaurant is extra daunting and maybe a risk not worth taking. Kitchens are notoriously sexist places and not everyone is willing to put up with that kind of behavior for an indefinite amount of time.

This season of Top Chef began with seven women and 10 men. Tom Colicchio characterized the crew as being among the most talented they’ve ever had on the show. In other words, it’s not for lack of skill that more women aren’t winning Top Chef. It begs the question of why the show isn’t more balanced in terms of gender — why weren’t there 10 men and 10 women this season? It’s certainly not because three more women with Top Chef-level talent don’t exist. What’s more likely is that they’re working their butts off under circumstances that aren’t the most ideal and need to be given the shot they deserve.

More: Top Chef‘s Aaron Grissom arrested for being a jerk IRL, too

Who are you rooting for to win this season? Are you hoping it’s Marjorie? What do you think about the fact that such a small number of women have won Top Chef? 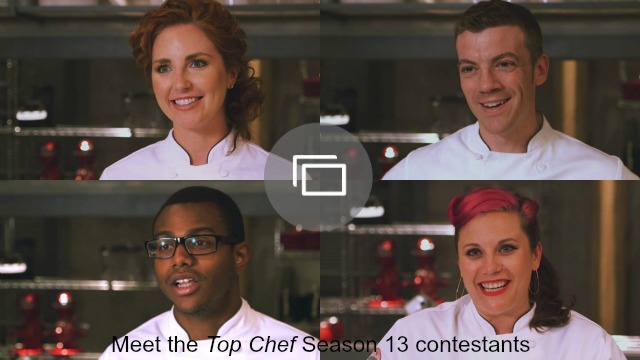